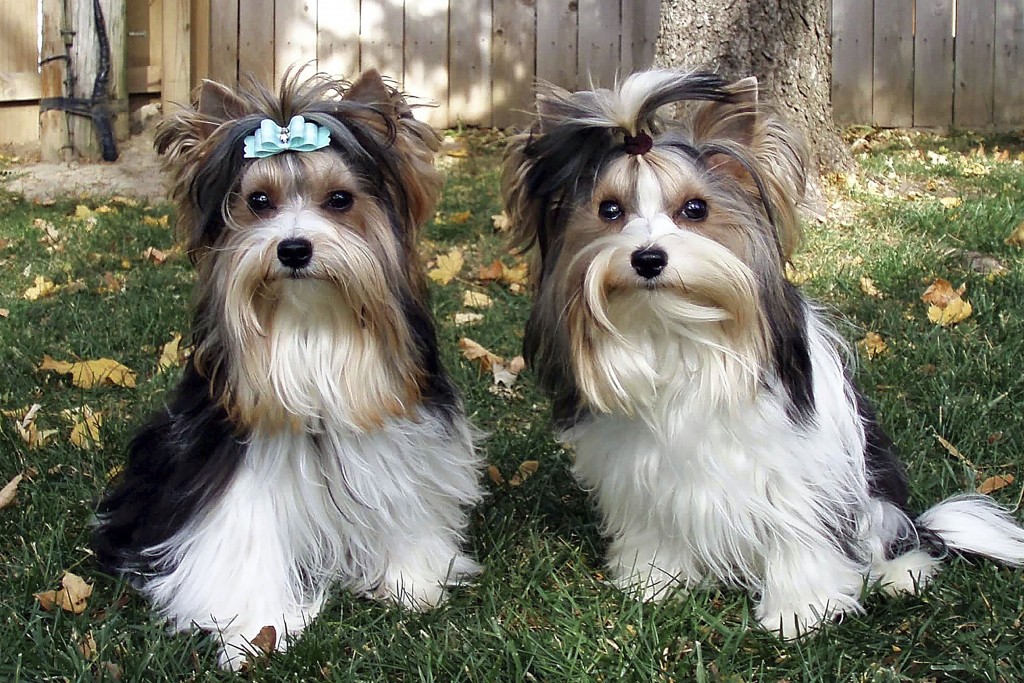 NEW YORK (AP) — It's called the Biewer terrier, and it's been busy.

The American Kennel Club announced Monday that the tiny, chipper Biewer — pronounced like “beaver” — became its 197th recognized breed. That makes the toy dogs eligible to compete for best in show at many U.S. events, including the prestigious Westminster Kennel Club show, which will be held in June this year instead of its usual February date.

With its long, flowing coat, pert expression and 4-to-8-pound (1.8-3.6-kilogram) size, the Biewer might bring to mind a Yorkshire terrier, and that's no surprise. The Biewer was originally developed by, and gets its name from, a Yorkie-breeding German couple after one of their dogs had a puppy with rare white markings in 1984.

Americans began importing them in the early 2000s, said breeder Adrianne Dering, who became intrigued after seeing one at a rare-breed show.

Active, playful and eminently portable, the toy dogs cherish companionship, so they may not be ideal for people who need to leave their pets alone for long workdays, Dering said.

Biewer breeders have been building up for several years to recognition by the AKC, the oldest U.S. purebred dog registry. The designation requires having at least 300 dogs of the breed spread around at least 20 states, among other criteria.

The AKC says it encourages responsible breeding of healthy dogs, arguing it preserves traits that have honed different breeds for various jobs and can help people choose and make a lasting commitment to the right dog for them.