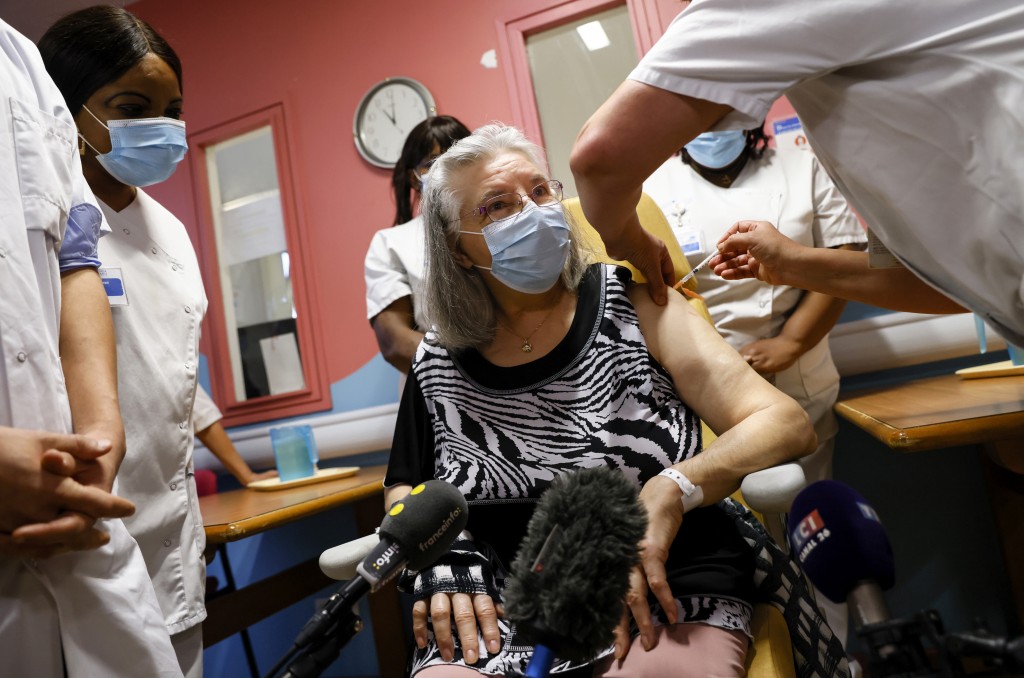 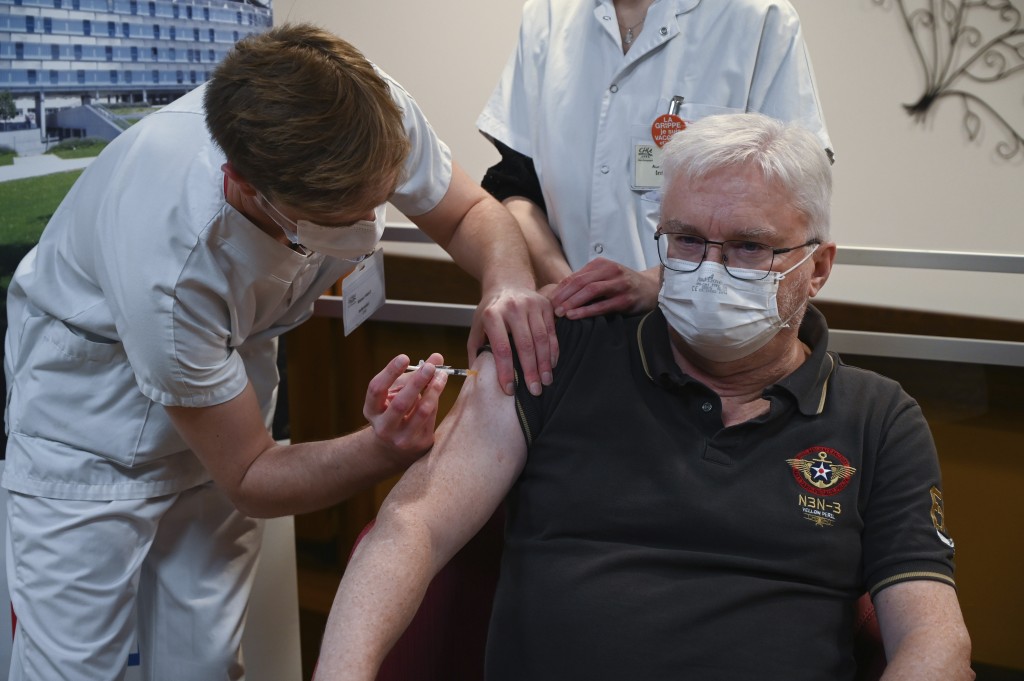 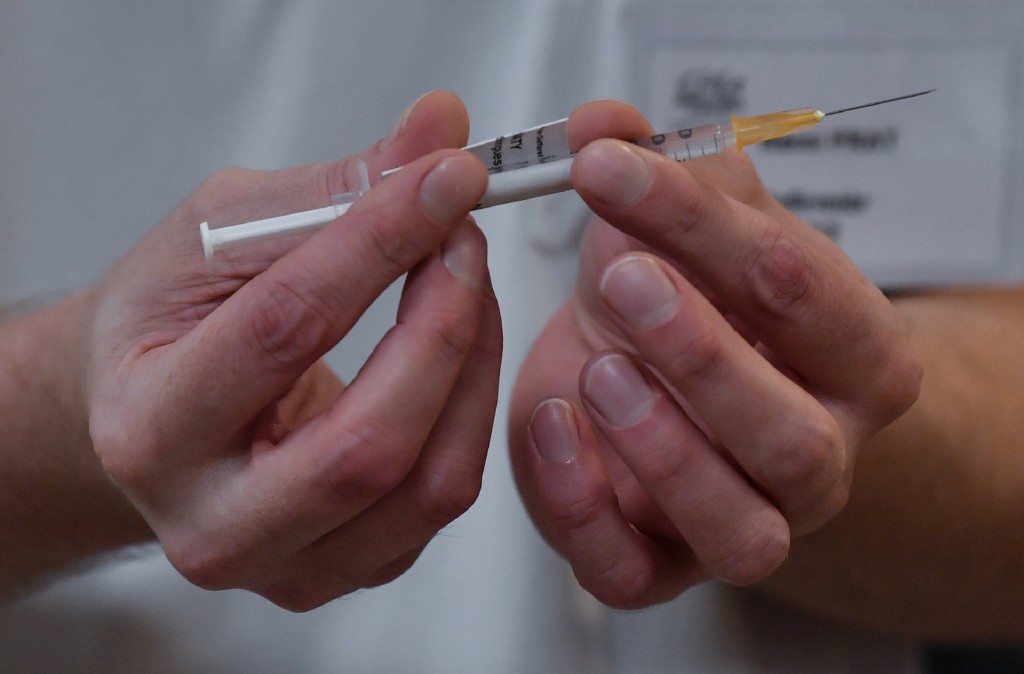 PARIS (AP) — France’s cautious approach to rolling out a coronavirus vaccination program appears to have backfired, leaving barely 500 people inoculated in the first week and rekindling anger over the government’s handling of the pandemic.

President Emmanuel Macron was holding a special meeting with top government officials Monday to address the vaccine strategy and other virus developments.

The slow rollout of the vaccine made by Pfizer and the German firm BioNTech was blamed on mismanagement, staffing shortages during holiday vacations and a complex French consent policy designed to accommodate unusually broad vaccine skepticism among the French public.

“It’s a state scandal,” said Jean Rottner, president of the Grand-Est region of eastern France, where infections are surging and some hospitals are over capacity.

“Getting vaccinated is becoming more complicated than buying a car,” he said on France-2 television.

In France, a country of 67 million people, only 516 people were vaccinated in the first six days, according to the French Health Ministry. Germany’s first-week total surpassed 200,000 and Italy’s was over 100,000 — and even those countries are under fire for being too slow to protect the public from a pandemic that has killed more than 1.8 million people worldwide.

The U.S. and China, meanwhile, have vaccinated millions. Britain on Monday became the first nation in the world to start giving people shots of the Oxford-AstraZeneca vaccine, so the U.K. now has two approved vaccines to use.

France started its vaccination campaign on Dec. 27 in nursing homes, because so many elderly people have died with the virus. But facing fears that people with cognitive problems would be vaccinated against their will, the government devised a time-consuming screening process before the vaccines can be ordered and administered.

Macron's government is also keen not to appear that it is forcing vaccines on anyone.

Though France has lost more lives to the virus than most countries — over 65,000 — polls suggest the French are unusually wary of vaccines. They remember past French drug scandals, worry about how quickly these new vaccines were developed and their long-term impact, and wonder about the profits they bring to big pharmaceutical companies.

But many other French people are eager to vaccinated and have been frustrated by the surprisingly slow rollout.

“We are doing anything we can to motivate people to get vaccinated,” said Frederic Leyret, director of the Saint Vincent Hospital in the eastern French city of Strasbourg, whose geriatric rehabilitation facility started vaccinations Monday.

He lamented a mixed message from leading French officials, who he claims say “go get vaccinated, but we will go slowly because it could be dangerous.”

Now that millions of people in multiple countries are getting injected, however, he said attitudes are starting to shift. The French government adjusted its policies over the weekend to allow immediate vaccinations for medical workers over 50, alongside nursing home residents. Vaccines will gradually be made available to others.

Similar troubles have surfaced around Europe.

Spain saw vaccinations move slowly over the New Year holiday, blamed on shortages of medical personnel and of freezers for the vaccine, after a batch of them were caught in a bottleneck of trucks trying to enter the European mainland from Britain. Reports from regional authorities showed that less than one-fifth of Spain's vaccine doses had been administered by Monday, more than a week after they arrived.

In Germany, where nearly 265,000 coronavirus vaccinations had been reported by Monday, impatience is growing with what is seen as a slow start. Chancellor Angela Merkel’s spokesman Steffen Seibert promised that “some things can and will improve.”

Amid the criticism, a European Commission spokesman defended the European Union’s collective vaccine strategy, saying Monday that the main problem is a shortage of production capacity.

The European Medicines Agency, the medical regulator for the 27-nation bloc, was meeting Monday to discuss approval of Moderna's coronavirus vaccine.