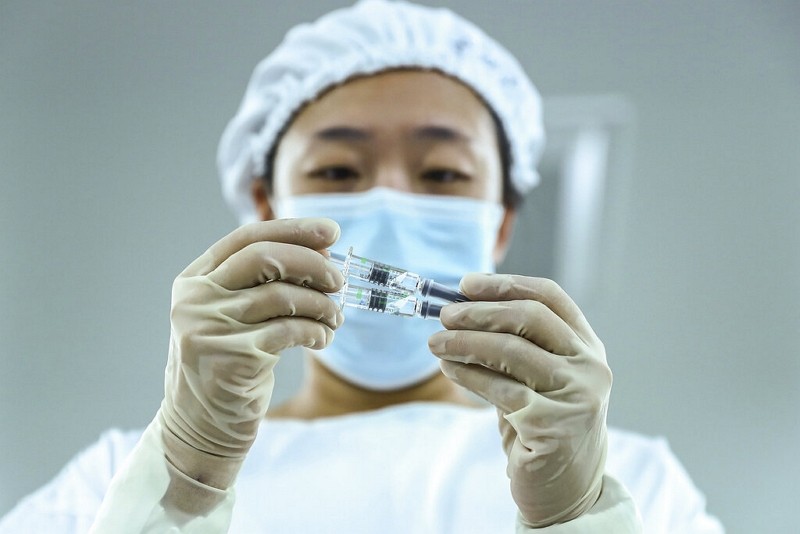 TAIPEI (Taiwan News) — China has excluded seniors from its mass COVID-19 immunization program, sparking concerns about the safety of the much-touted homegrown vaccines.

State media outlet CCTV released a notice on Sunday (Jan. 3) about the country’s inoculation effort against the coronavirus. According to CCTV, individuals aged 18 to 59 are eligible to receive a jab, but those of other age groups are cautioned against vaccination before further clinical tests are conducted.

The fact that the elderly, who are believed to be the most vulnerable to the virus, are advised not to seek a jab, has caused quite a stir among Chinese netizens and cast doubt on the efficacy of the Chinese vaccines, wrote CNA.

Also warned against inoculation were pregnant and lactating women as well as anyone with hypertension or diabetes. In addition to these health conditions, an official from the Beijing Center for Disease Prevention and Control suggested that people with a fever, infections, immunity defects, serious liver and kidney diseases, or malignant tumors, should also avoid a shot, according to the state-run Xinhua News Agency.

On Dec. 31, China approved the use of a COVID-19 vaccine developed by state-owned drugmaker Sinopharm, which claimed the jab to be 79.34 percent effective at preventing infection, behind the Pfizer vaccine’s 95 percent and Moderna’s 94 percent.

China is embarking on a campaign to vaccinate 50 million people before the Lunar New Year holiday in February. The country has been mired in a slew of vaccine scandals over the past years that have damaged its credibility in vaccine production, wrote AP.