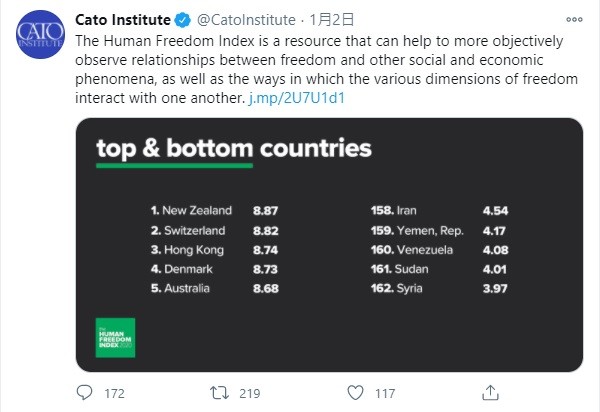 TAIPEI (Taiwan News) — Despite well-documented police violence against Hong Kong activists, the imposition of the draconian Hong Kong national security law, and the arrest and imprisonment of prominent pro-democracy activists, the Cato Institute rang in the new year by listing Hong Kong in third place on its Human Freedom Index.

On Saturday (Jan. 2), the Cato Institute, a Washington-based libertarian think tank founded by billionaire businessman Charles Koch, posted a tweet claiming that its Human Freedom Index is a "resource that can help to more objectively observe relationships between freedom and other social and economic phenomena." It then included a graphic that ranked Hong Kong in third place, just behind Switzerland and ahead of Denmark.

The post quickly drew criticism given the fact that Hong Kong has suffered a drastic drop in freedoms since last year. After a year of brutal police violence perpetrated against pro-democracy protesters in Hong Kong, Beijing passed the contentious national security law on June 30, 2020.

The repercussions of the repressive law have been swift and harsh, with prominent activists Joshua Wong (黃之鋒), Agnes Chow (周庭), and Ivan Lam (林朗彥) last month being handed prison sentences ranging from seven to 13 months in prison for their roles in last year's protests. On Dec. 30, 10 Hong Kong activists were handed sentences ranging from seven months to three years for attempting to flee to Taiwan.

Meanwhile, Jimmy Lai (黎智英), founder of Next Digital, which publishes Apple Daily, a newspaper that is critical of the Hong Kong and Chinese government's handling of the protests, has been arrested and charged with violating the national security law by colluding with foreign forces and endangering national security. While he was granted bail on Dec. 23, the bail was revoked on Dec. 31 after Hong Kong's highest court determined that the previous judge's decision to grant bail was erroneous.

Many Twitter followers criticized the Cato Institute for ranking Hong Kong so high in spite of the glaring human rights violations that have taken place in the territory:

"Hong Kong at #3 when it is obviously becoming a highly repressed place is totally embarrassing for Cato. Makes me question the rigor of all their work."

"Freedoms have gotten eroded every day since 2010 and culminated in the umbrella revolution in 2015. The writing was on the wall. I lived in HK for over a decade and every aspect of life changed, for the worse, for 99%+ of the people."

"Hi Cato, Does your 'C' represent CCP? That would explain how Hong Kong gets to #3 on your "most free" list, do CCP carry out your "public research" nowadays?"

"Dear Cato Institute, Thank you very much for your cooperation as discussed. Rest assured that you will get compensated well after we received the agreed funds from our new banking partners in Germany. Yours faithfully, Xi [Jin] Ping"

"Because "freedom" for Cato just means 'can I buy slaves here' and for 4,000 hkd per month you can get pretty close in Hong Kong."

Others noted that Taiwan was ranked far below Hong Kong on the list — at 19th. In a head-to-head breakdown, the Cato Institute gave Hong Kong higher marks for "Economic Freedom" and "Human Freedom" at 9.94 and 8.74, respectively, compared to 7.94 and 8.42 for Taiwan. It did, however, rate Taiwan higher for "Personal Freedom," at 8.90, compared to Hong Kong's 8.53.

In contrast to the Cato Institute's index, the U.S. non-profit organization Freedom House earlier this year ranked Taiwan as being the second-freest country in Asia, while Hong Kong was only ranked 55th in the world.

In its 2020 World Press Freedom Index, Reporters Without Borders ranked Taiwan as having the second-most press freedom in Asia, behind only South Korea. It ranked Hong Kong ninth in Asia and 80th in the world.

The Human Freedom Index is a resource that can help to more objectively observe relationships between freedom and other social and economic phenomena, as well as the ways in which the various dimensions of freedom interact with one another. https://t.co/wpP6PAbOYS pic.twitter.com/KFdYNasDOq 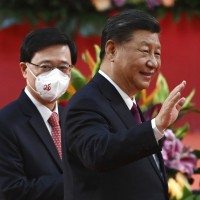 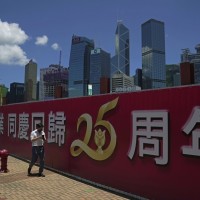