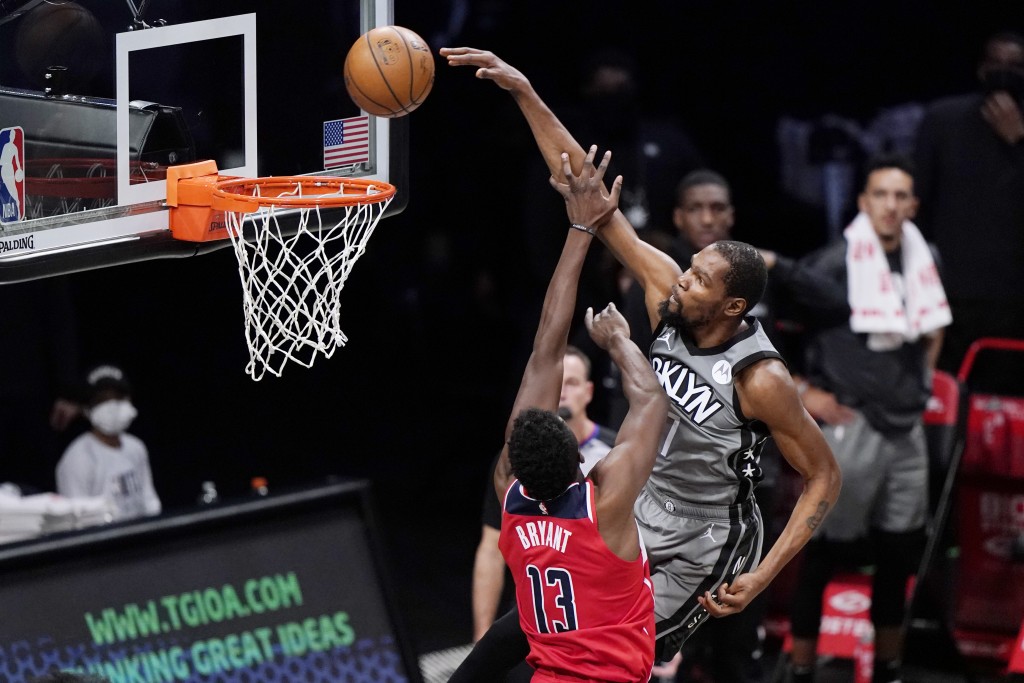 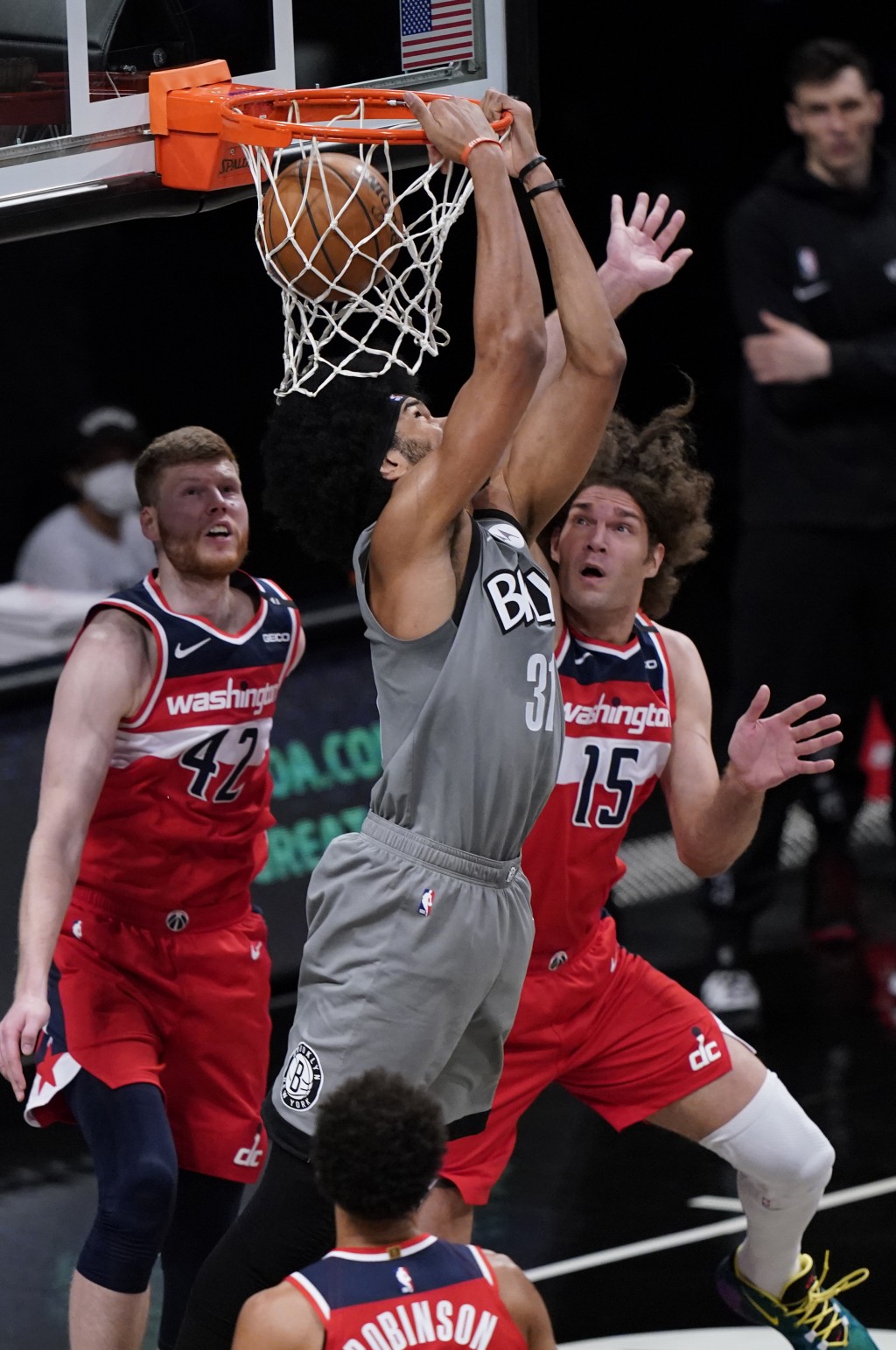 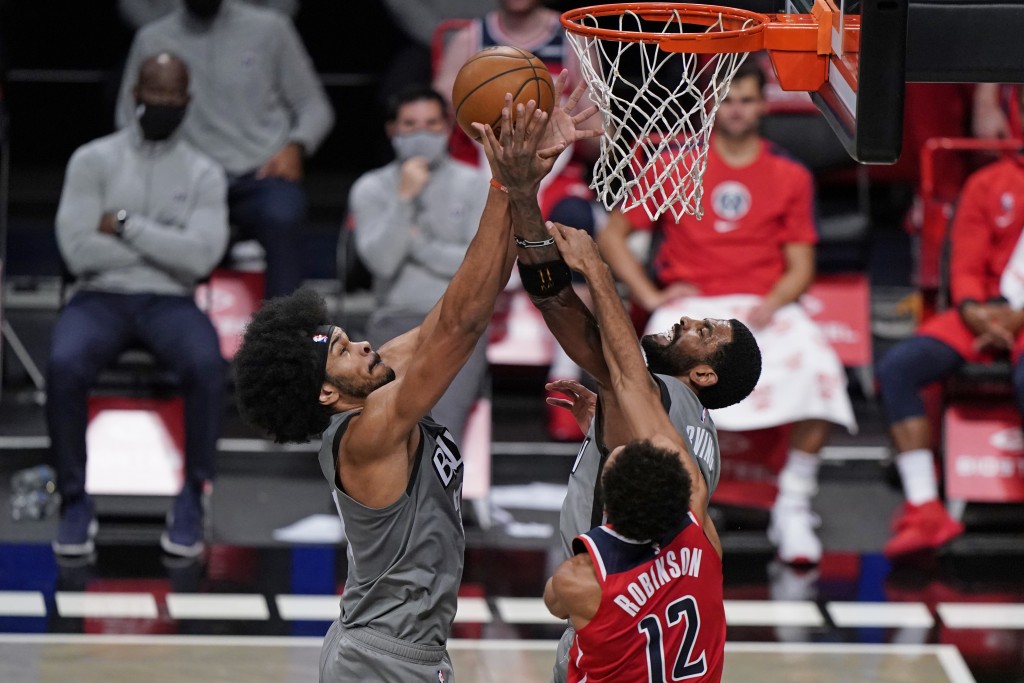 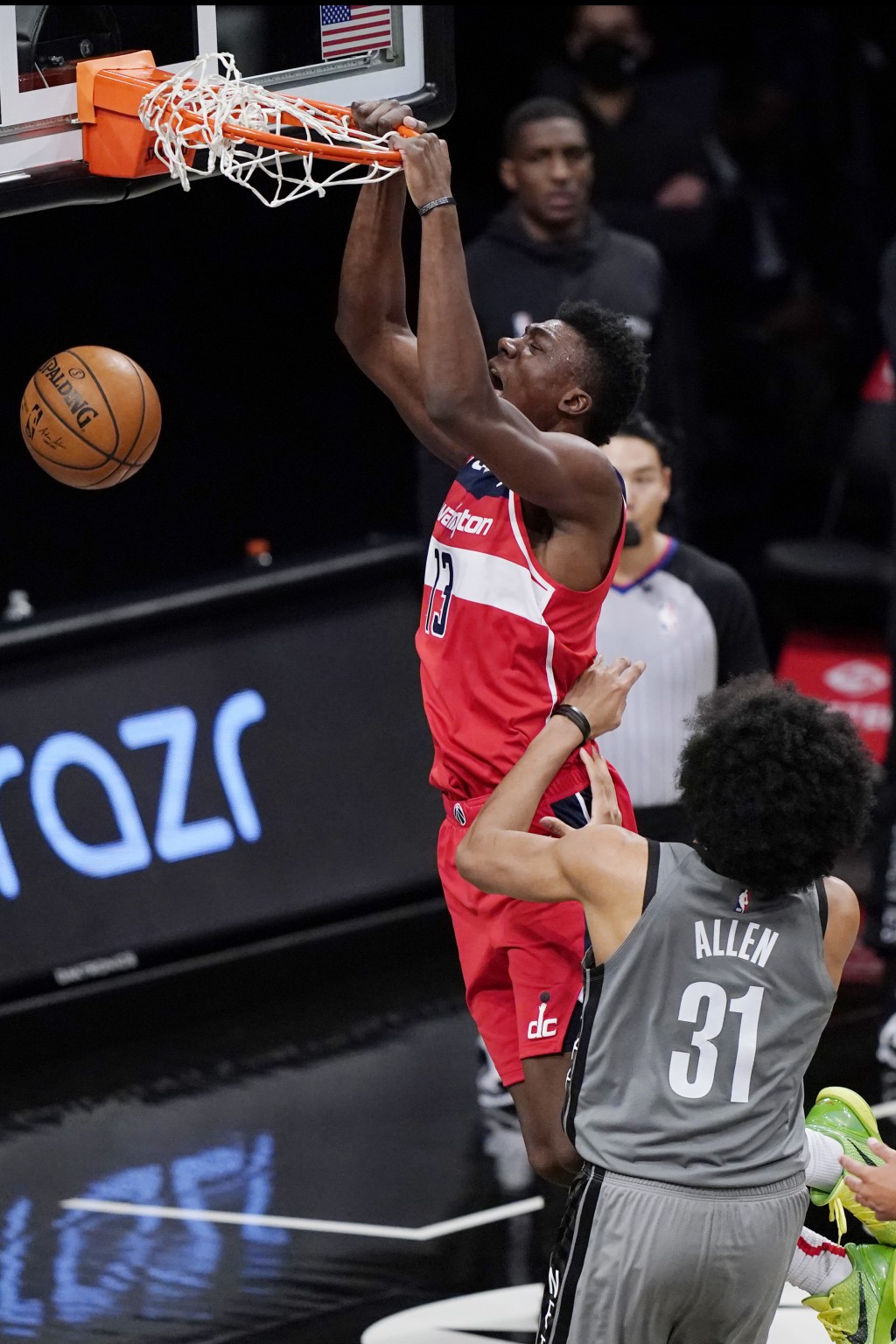 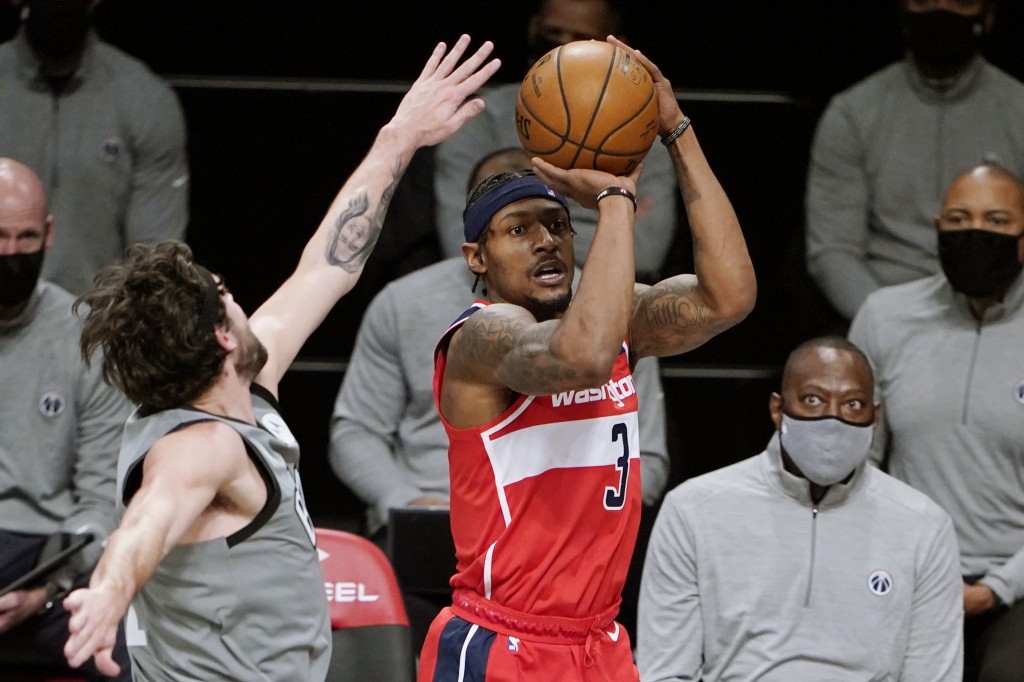 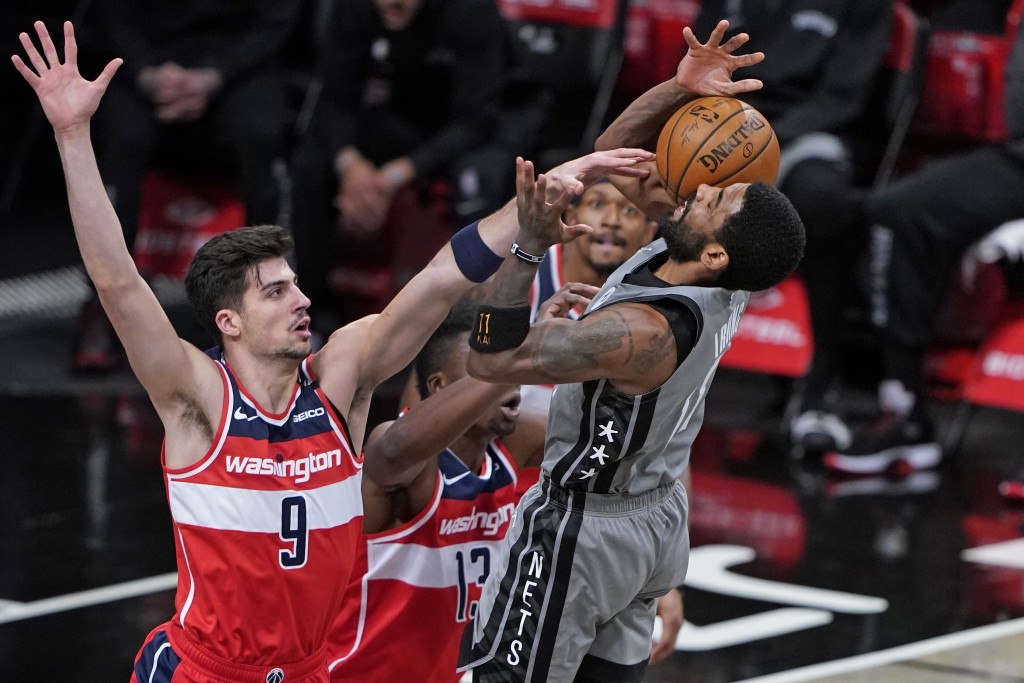 NEW YORK (AP) — Bradley Beal had 27 points, 10 rebounds and the assist on Thomas Bryant's go-ahead dunk with 14.9 seconds left, leading the Washington Wizards to a 123-122 victory over the Brooklyn Nets on Sunday.

Kyrie Irving and Kevin Durant missed jumpers on the last possession, dropping the Nets to 3-4.

Russell Westbrook had 24 points and 10 assists but only five rebounds after recording triple-doubles in his first four games with the Wizards. Bryant finished with 21 points and 14 rebounds as Washington won its second straight after an 0-5 start.

Irving had 30 points and 10 assists for the Nets, while Durant had 28 points, 11 rebounds and seven assists.

The lead changed hands frequently down the stretch before Beal missed a jumper with the Wizards down by one. Bryant grabbed the rebound and the ball got back to Beal, who drove into the lane and dished it to his big man.

Irving then missed a 3-pointer but the Nets grabbed the rebound and got it to Durant, whose jumper with 1.5 seconds left was off.

The Nets, who pulled out a 145-141 shootout against the Hawks on Wednesday, were on pace for another one at halftime. Down 12 early in the second quarter after being outscored 11-0 to start the period, they finished with a flurry to lead 71-70. Irving and Beal both scored 20 points.

Wizards: Rookie Deni Avdija turned 20 on Sunday. Coach Scott Brooks joked that the first five games with the first-round pick were rough. “I don’t like coaching teenagers,” Brooks said. ... Westbrook had no rebounds in the first half.

Nets: Brooklyn fell to 1-3 on its homestand with games remaining Tuesday against Utah and Thursday against Philadelphia. ... Joe Harris scored 16 points.

Irving and Beal both scored 20 points in the first half. They share the NBA lead with four 20-point halves this season.