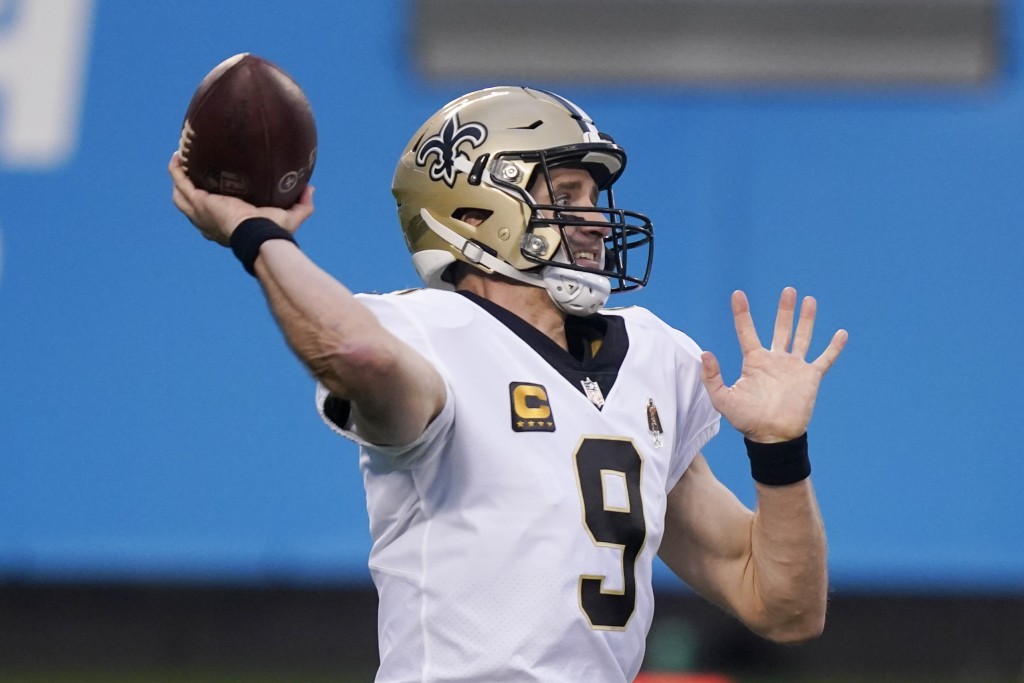 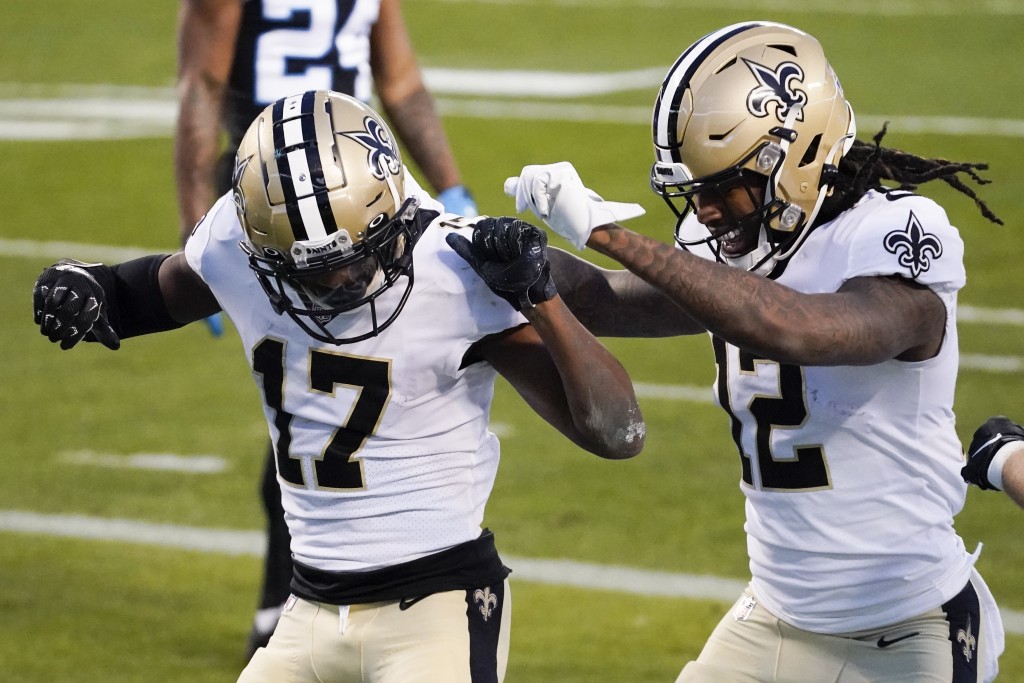 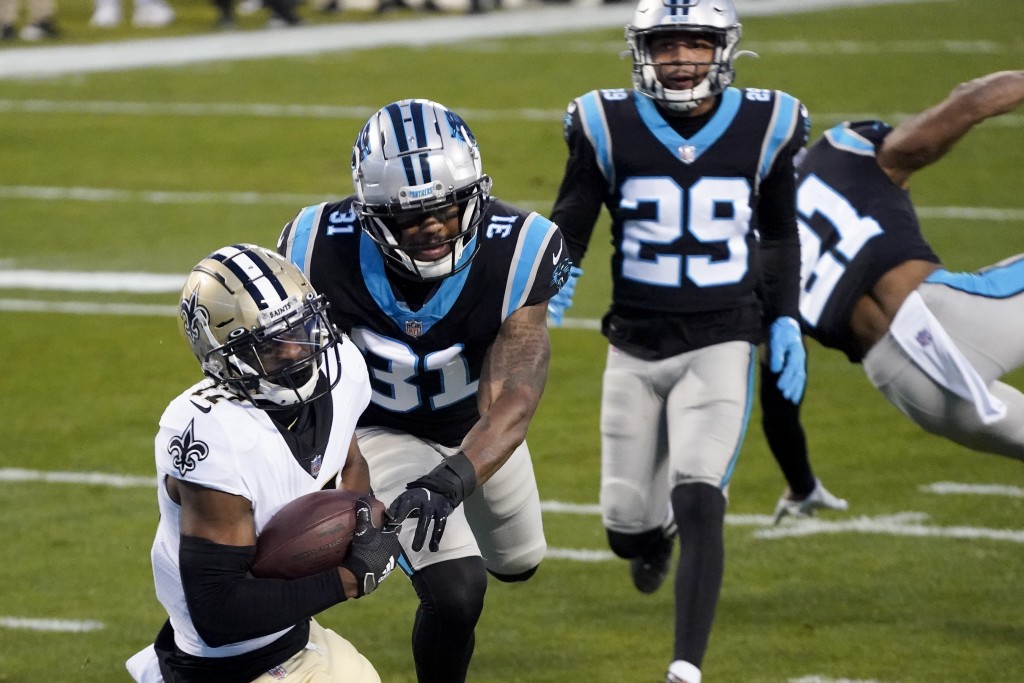 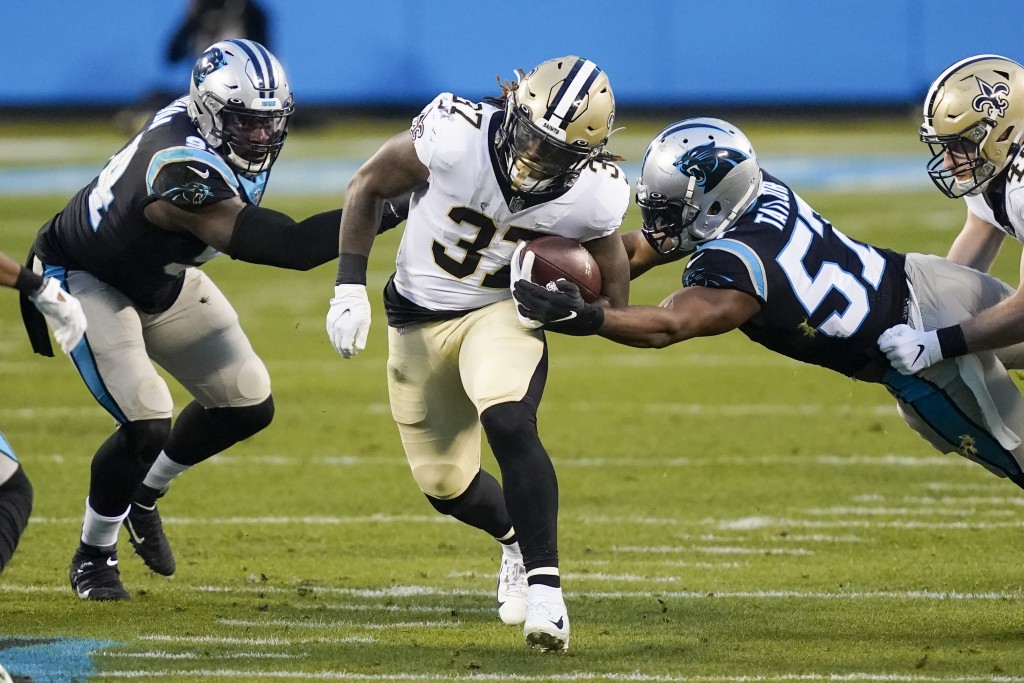 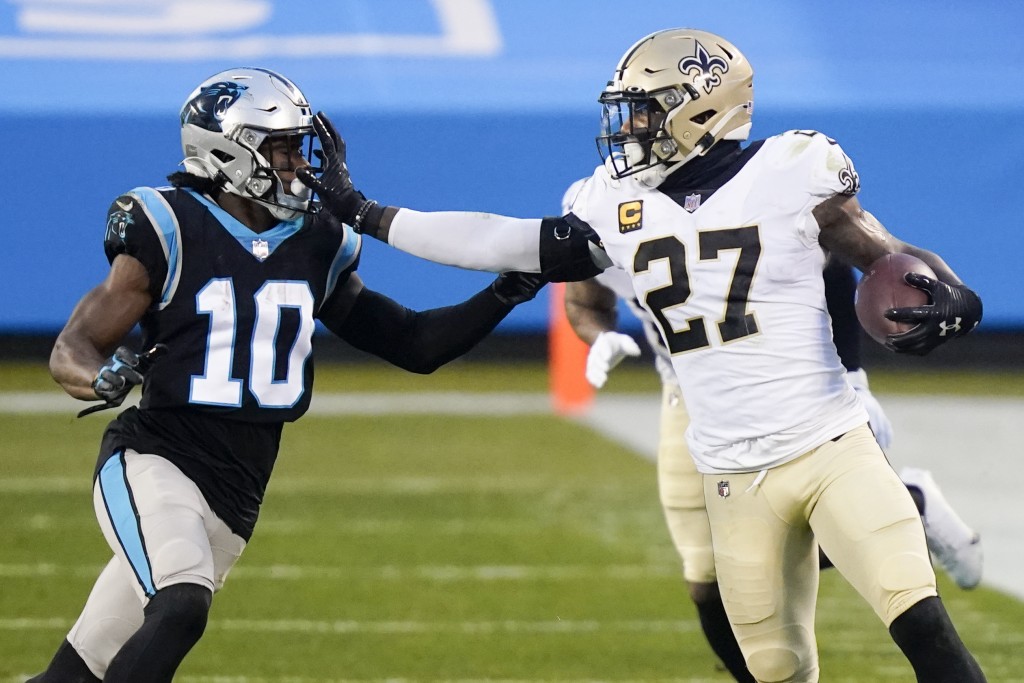 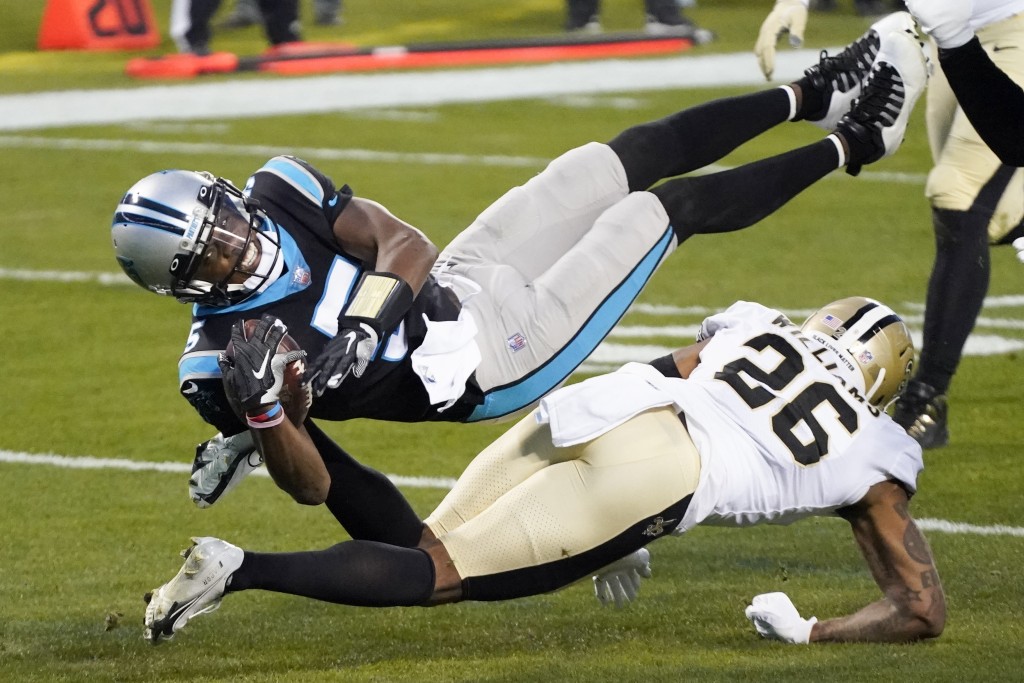 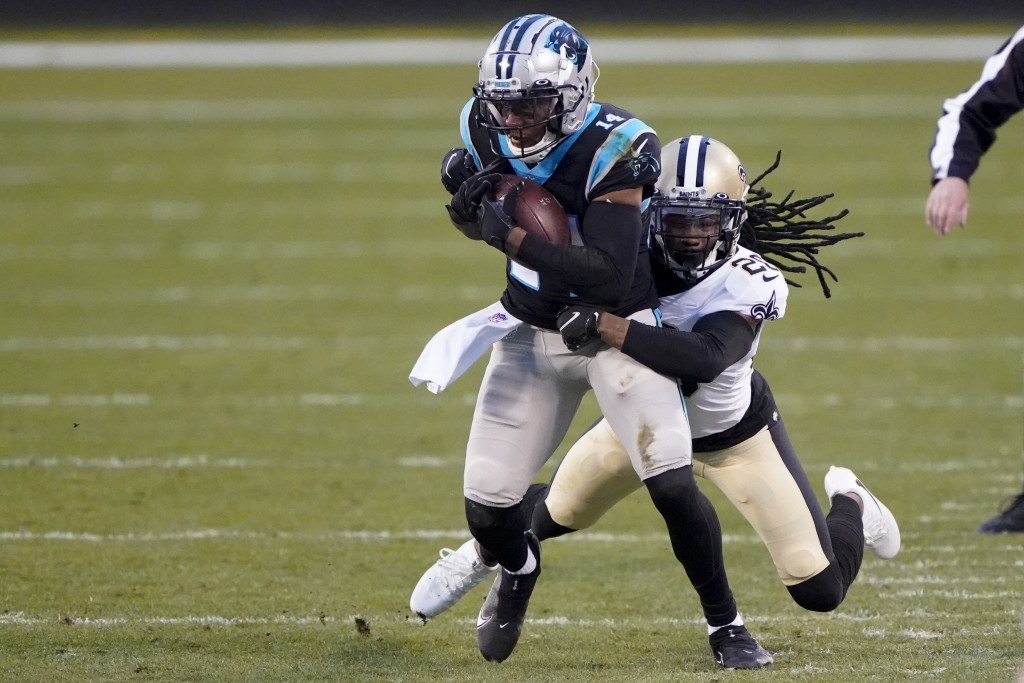 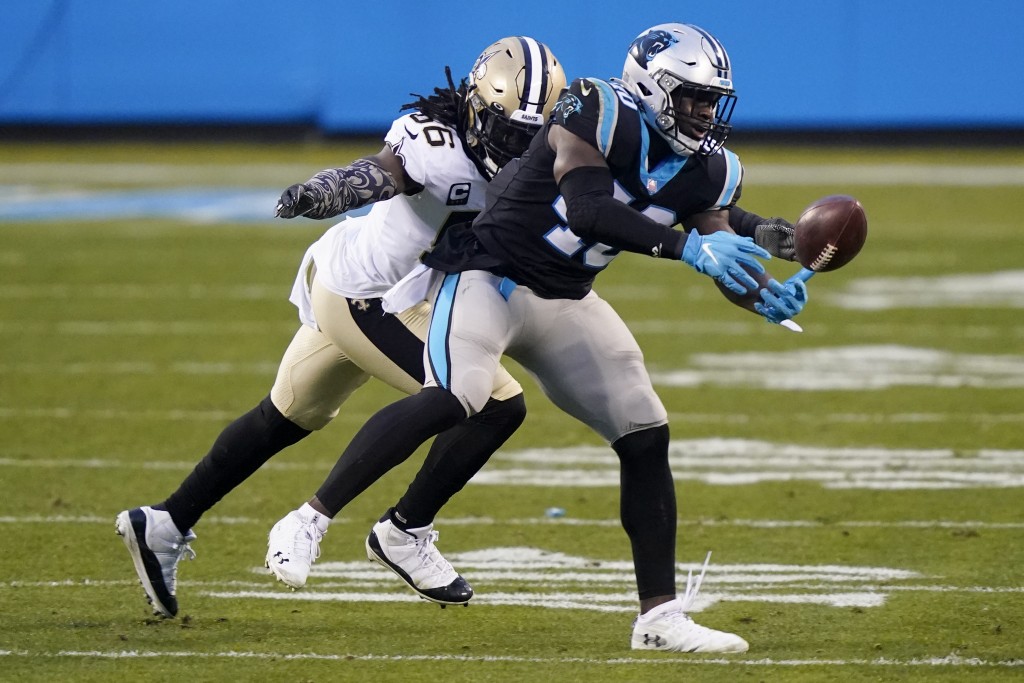 CHARLOTTE, N.C. (AP) — Drew Brees threw for 201 yards and three touchdowns, the Saints had five interceptions and New Orleans defeated the Carolina Panthers 33-7 on Sunday to wrap up the No. 2 seed in the NFC playoffs.

The Saints will host the seventh-seeded Chicago Bears in the wild-card round next weekend.

The Saints still managed to run for 156 yards despite playing without Alvin Kamara, who tied an NFL record with six TDs in a Week 16 win over the Vikings, and Latavius Murray. Both running backs were placed on the COVID-19/reserve list.

Taysom Hill had 41 yards rushing, including a 3-yard TD run.

Carolina's Teddy Bridgewater was benched midway through the third quarter after throwing his second interception in the end zone into double coverage. The former Saints QB finished 13 of 23 for 176 yards and was replaced by P.J. Walker, who was intercepted three times.

The Panthers (5-11) were also without their top two running backs Christian McCaffrey and Mike Davis due to injury and managed just 74 yards rushing.

Wide receiver Curtis Samuel, who is set to become an unrestricted free agent, turned in his second straight 100-yard receiving game with seven catches for 118 yards.

The Saints jumped out to an early 7-0 lead on an 18-yard TD strike from Brees to Jared Cook, marking the fourth straight game the tight end has scored against the Panthers. Brees later added an 8-yard scoring toss to Emmanuel Sanders and an 11-yard TD pass to Austin Carr.

Wil Lutz missed his first extra point of the season in the second quarter, snapping a string of 55 straight successful attempts but he added two field goals.

Saints: LT Terron Armstead left for a play in the fourth quarter, but quickly returned.

Panthers: McCaffrey missed his 13th game of the season due to injury. The Panthers also played without top pass rusher Brian Burns and LT Russell Okung.

Saints: The four-time defending NFC South champions host the Bears next weekend in the playoffs.

Panthers: After failing to make the playoffs for the third straight season, Carolina will look to the NFL draft to upgrade a number of pressing needs.