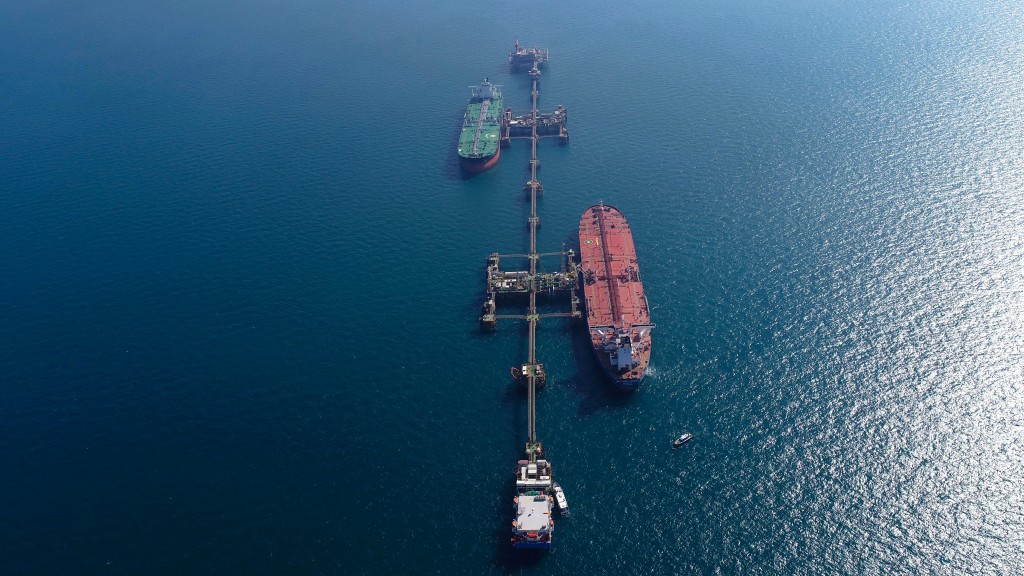 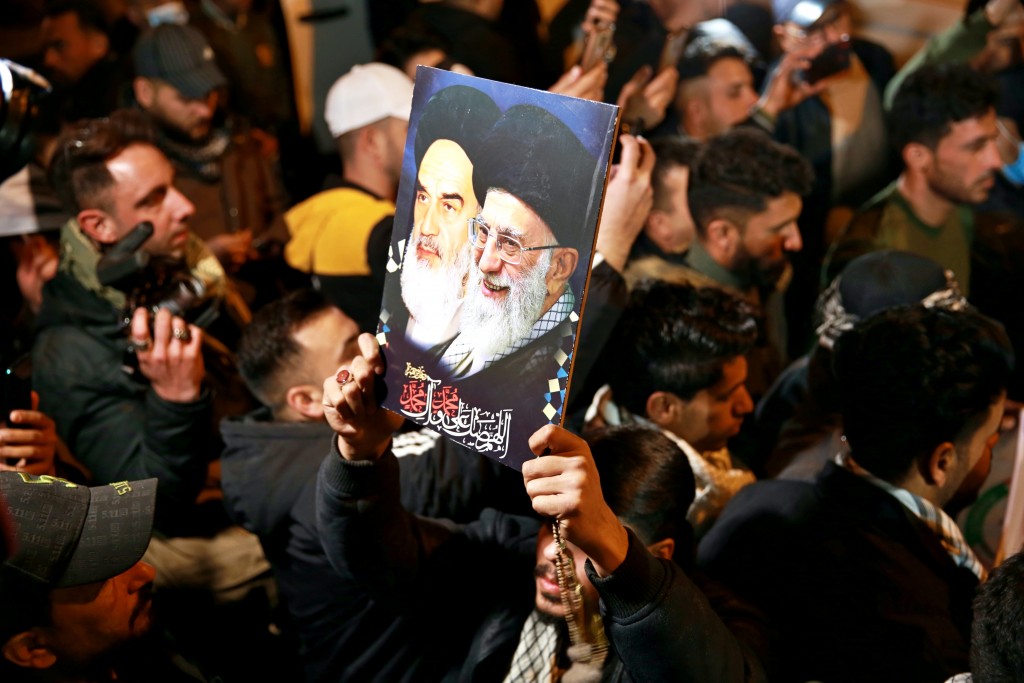 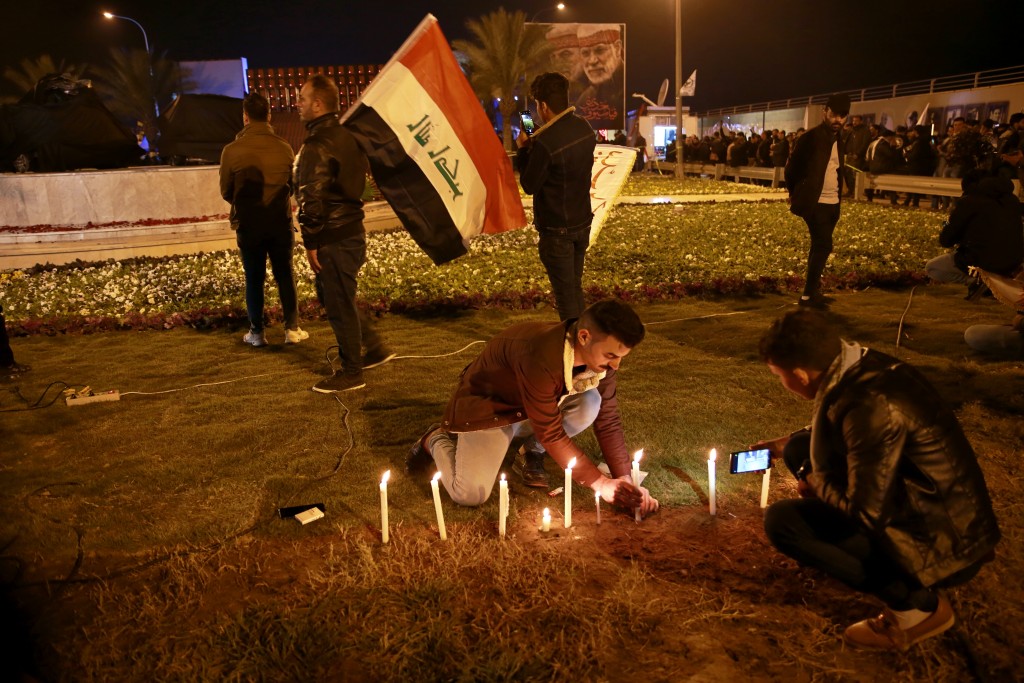 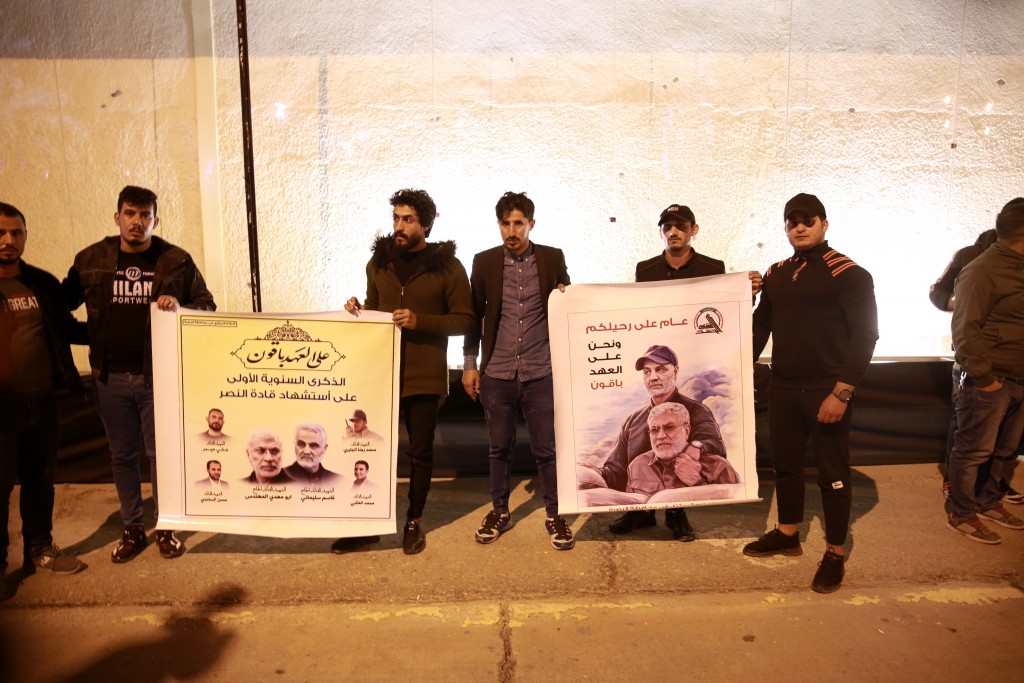 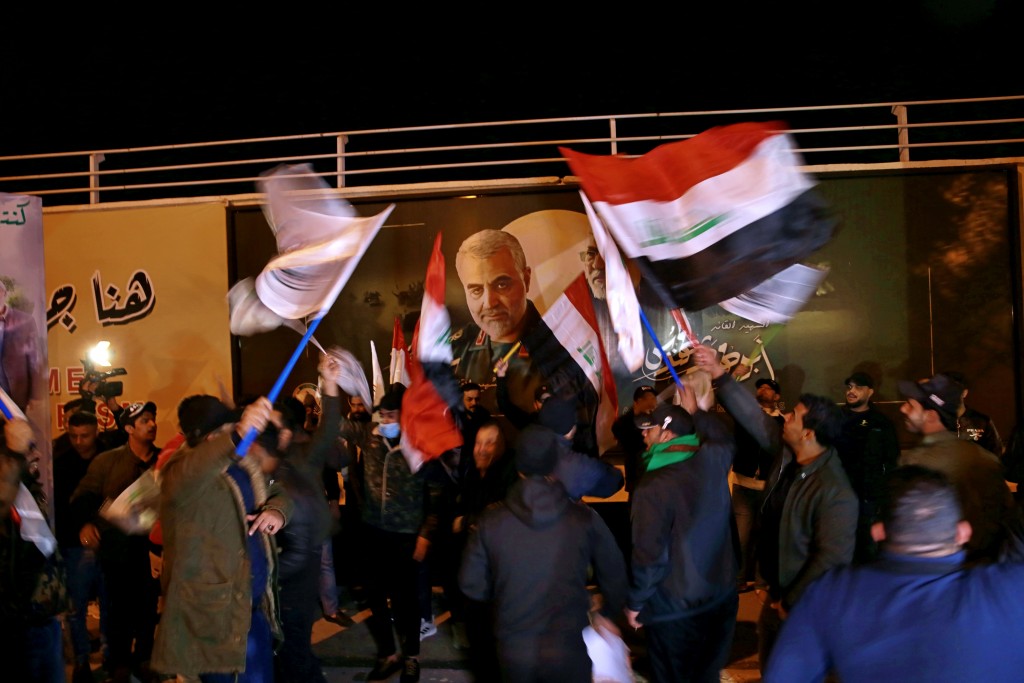 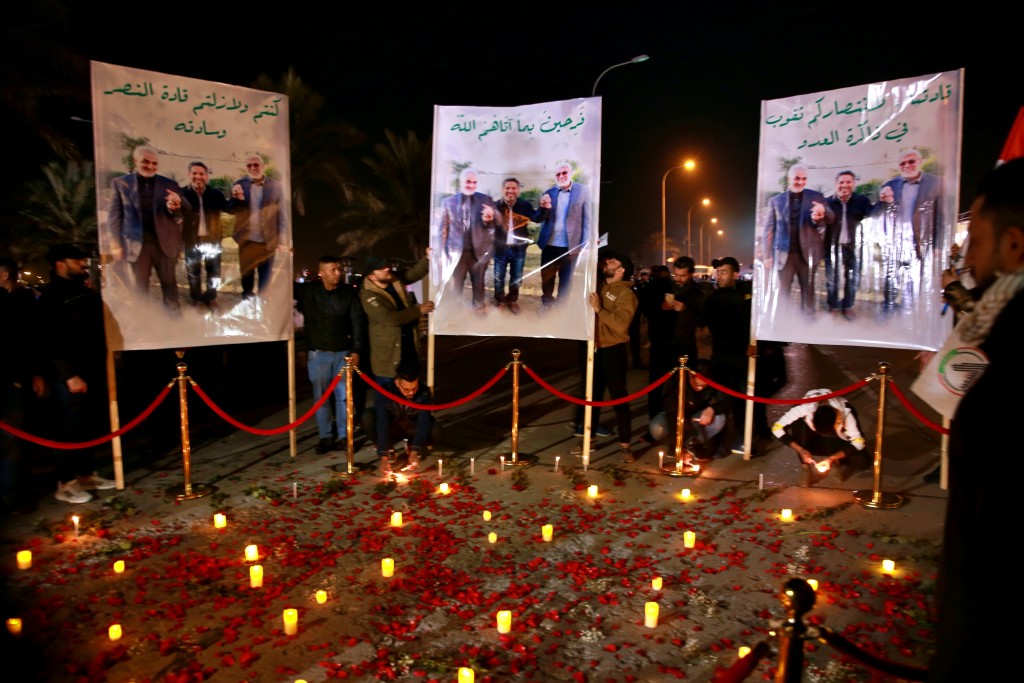 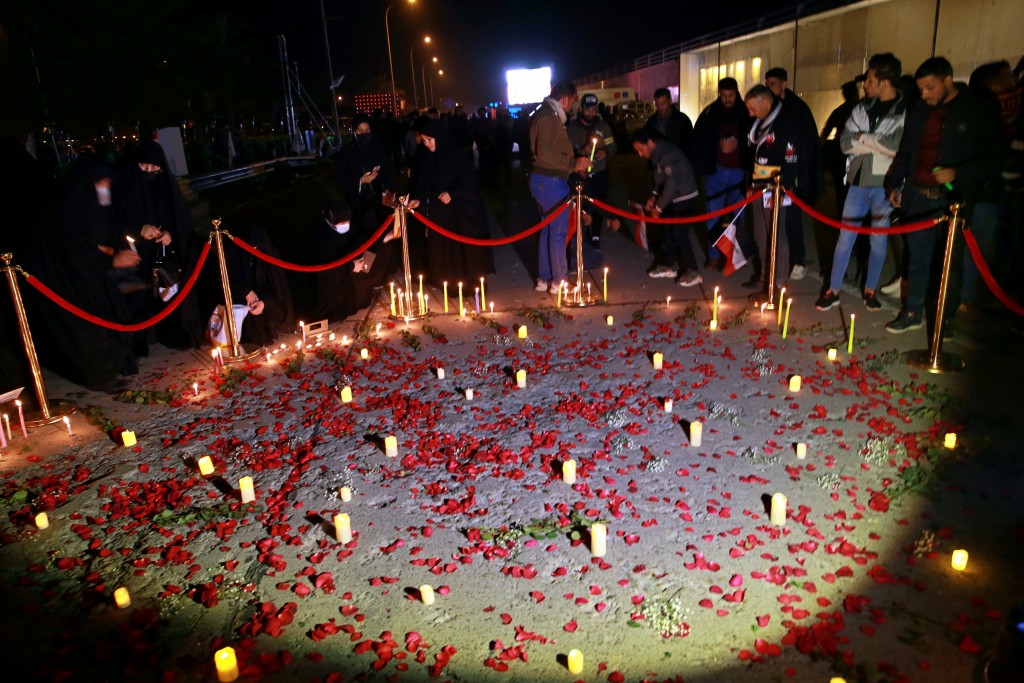 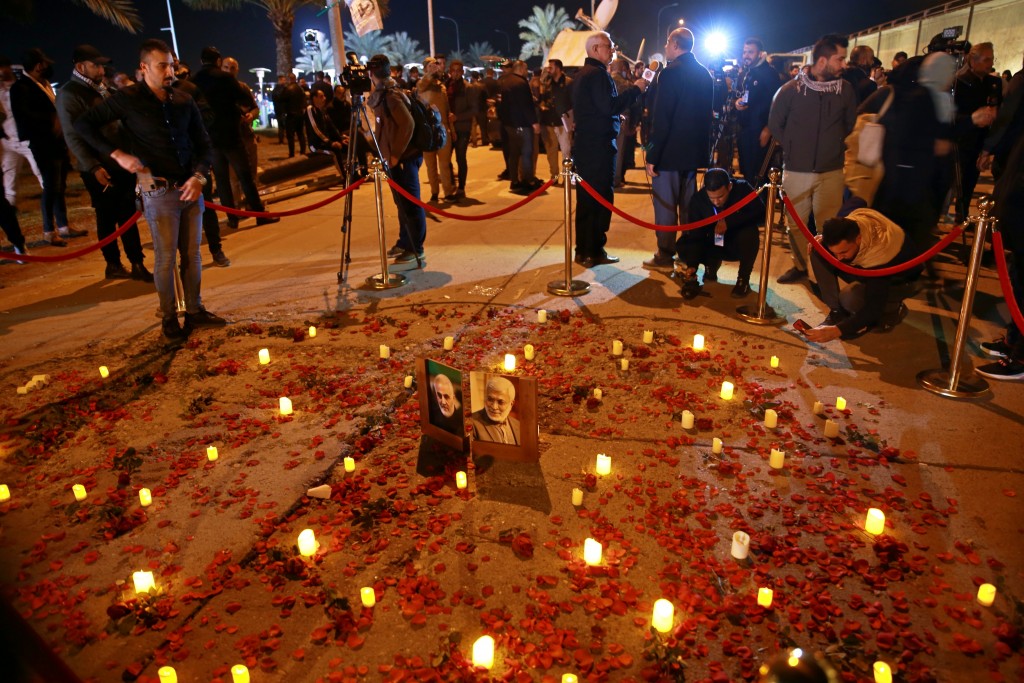 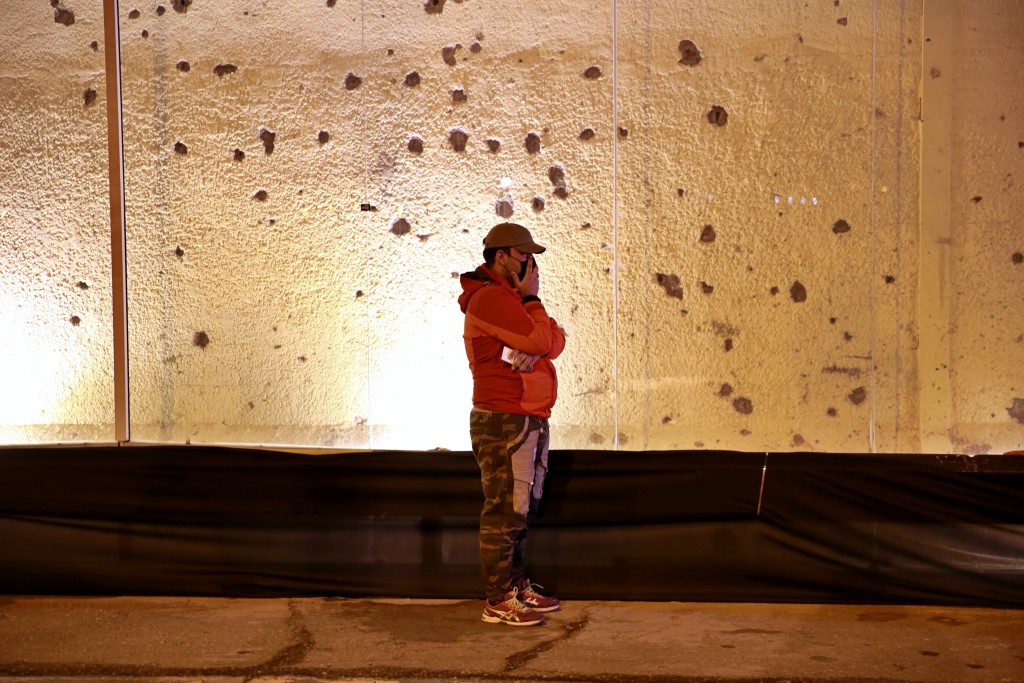 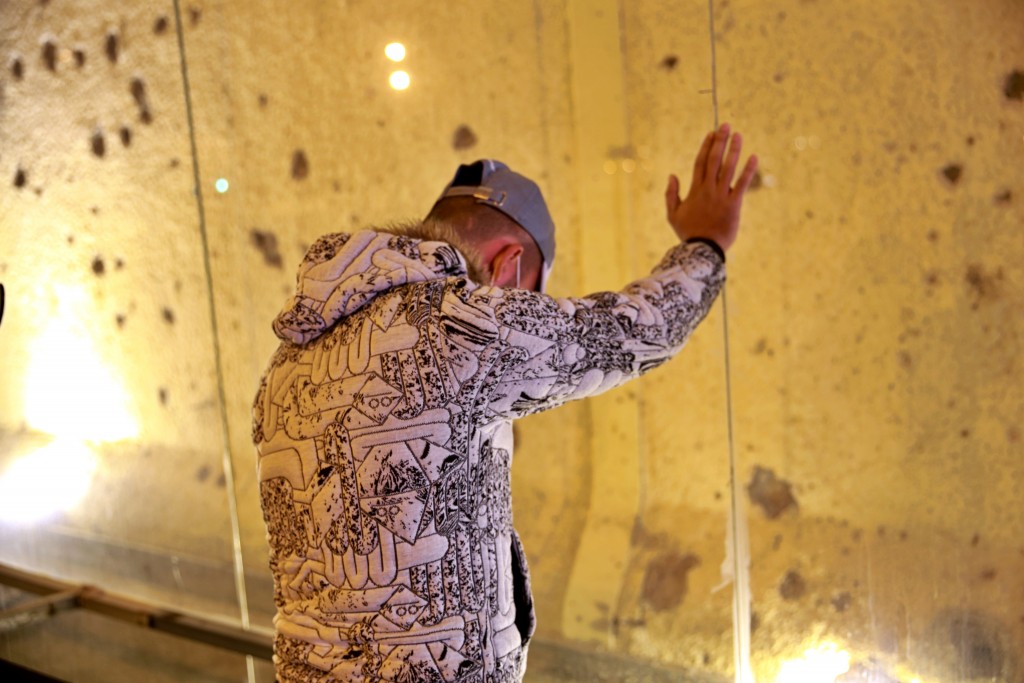 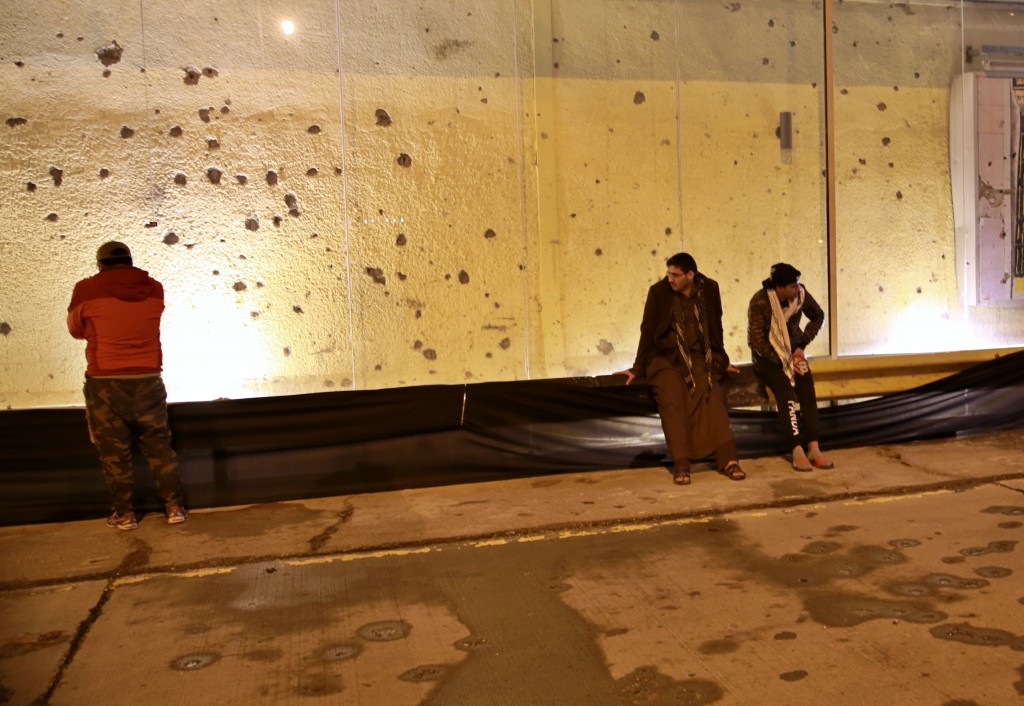 Thousands of mourners joined the march on the highway leading to the Baghdad airport Saturday evening where the strike that killed the two men took place. It was blocked with cars.

Posters of the dead men adorned both sides of the road, which was lined with tents that served food and drinks for those who walked the highway. The scene of the bombing was turned into a shrine-like area sealed off by red ropes, with a photo of Soleimani and al-Muhandis in the middle, as mourners lit candles.

Shrapnel marks were still visible on the asphalt and walls in the area.

Soleimani headed Iran’s Revolutionary Guard’s elite Quds Force, responsible for the Islamic Republic’s foreign operations and frequently shuttled between Iraq, Lebanon and Syria. His assassination dramatically ratcheted up tensions in the region and brought the U.S. and Iran to the brink of war.

The procession came as Iraq's military said that explosives experts with its naval forces successfully dismantled a mine that was discovered stuck to an oil tanker in the Persian Gulf two days earlier.

The statement Saturday said Iraqi authorities have opened an investigation into the incident. No group has claimed responsibility for placing the mine.

The announcement came a day after Iraq confirmed reports by private security firms that a mine had been discovered attached to the side of a tanker rented from Iraq's Oil Marketing Company, known as SOMO, as it was refueling another vessel. It said that Iraqi teams were working to dismantle the mine.

Iraq has not provided further details, but the two private security firms said the discovery was likely a limpet mine on the MT Pola, a Liberian-flagged tanker.

A limpet mine is a type of naval mine that attaches to the side of a ship, usually by a diver-member of special forces. It later explodes, and can significantly damage a vessel.

The discovery came amid heightened tensions between Iran and the U.S. in the final days of President Donald Trump’s administration.

Already, America has conducted B-52 bomber flyovers and sent a nuclear submarine into the Persian Gulf over what Trump officials describe as the possibility of an Iranian attack on the anniversary of the strike near Baghdad that killed Soleimani and al-Muhandis.