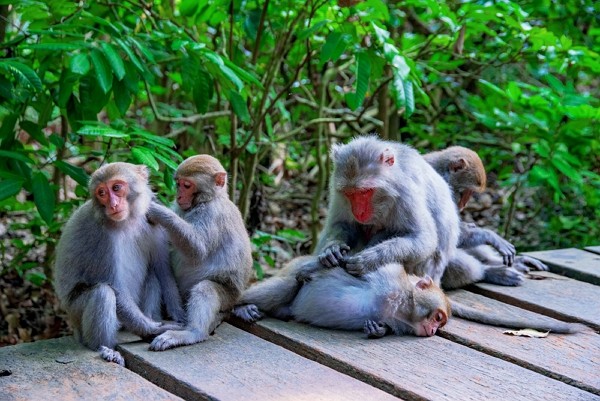 TAIPEI (Taiwan News) — A cleaner at Kaohsiung's Shou Shan Zoo was recently attacked by a dozen Formosan macaques while having breakfast and as a result had a left hand fracture.

The 60-year-old Taiwanese woman, surnamed Li (李), was eating bread at a plaza in the zoo when the attack happened, according to Shou Shan Zoo Director Chuang Hsuan-chih (莊絢智). The woman said she felt a sharp pain in her left hand before realizing that she had been wounded by a large group of hungry macaques.

After medical staff at the zoo disinfected her wound, Li was transported to Kaohsiung Municipal Da-Tung Hospital and underwent surgery. Some of the extensor tendons in her left hand were torn and it will take a few weeks before she can straighten her fingers.

Chuang pointed out that Formosan macaques at Shou Shan tend to target visitors with food. He said the best way to avoid an attack is to immediately drop the food or other similar objects.

Chuang also advised the public not to make direct eye contact with the macaques, as this could be interpreted as a sign of aggression. When encountering a macaque, visitors should remain calm and avoid making large hand motions.

Meanwhile, Li's employer, from an agency used by Shou Shan Zoo, has helped her apply for occupational injury benefits to cover all her medical expenses. She will also receive 70 percent of her salary during hospitalization, reported CNA. 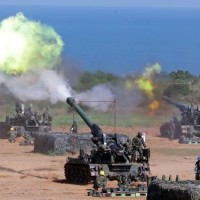