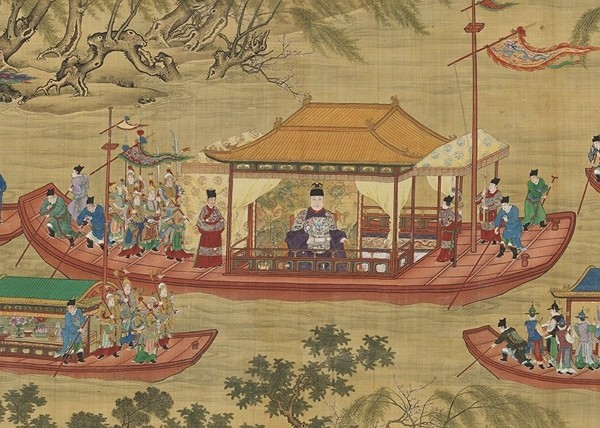 An exhibition titled "Facets of Authority: A Special Exhibition of Imperial Portraits from the Nanxun Hall" opened Friday (Jan. 1) at the National Palace Museum in Taipei, showcasing the changing culture and style across Chinese dynasties.

The 25 portraits are listed either as national treasures or important artifacts, in a collection brought from the Forbidden City in Beijing decades ago, according to a statement released by the museum before the exhibition opened.

Dubbed an "all-star" ensemble by the museum, emperors and empresses from the Song, Yuan and Ming dynasties (960-1644) are depicted in the portraits, as well as Yu the Great, the founder of the Xia dynasty; and Taizong, the second emperor of the Tang dynasty (618–907).

The portraits from the Song dynasty show details such as an undershirt, woven from golden threads, protruding from the sleeves of the outer garment, and delicate cushions on a seat, which illustrate "low-key luxury," the museum said.

In the special exhibition of portraits of powerful people, each piece is rated based on the clothing, composure, extravagance, symbols, and materials depicted, to give visitors a deeper perspective, the museum said.

For visually impaired visitors, there is a special audio guide and replicas of the chairs in the portraits, which those visitors can touch to get a sense of the displays, the museum said.

The exhibition will run through April 6.