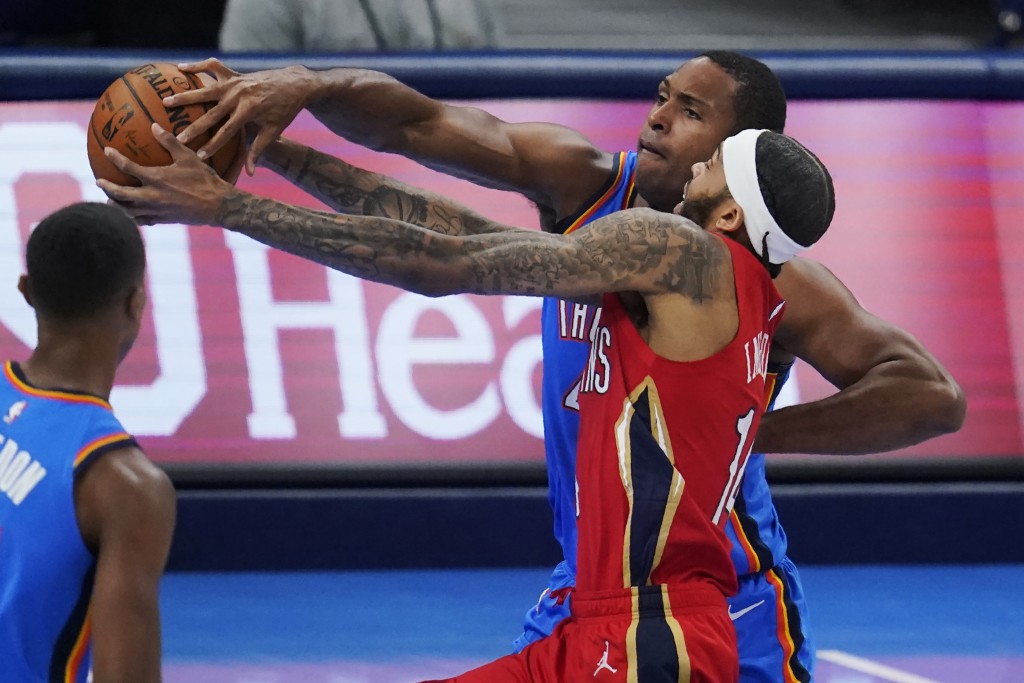 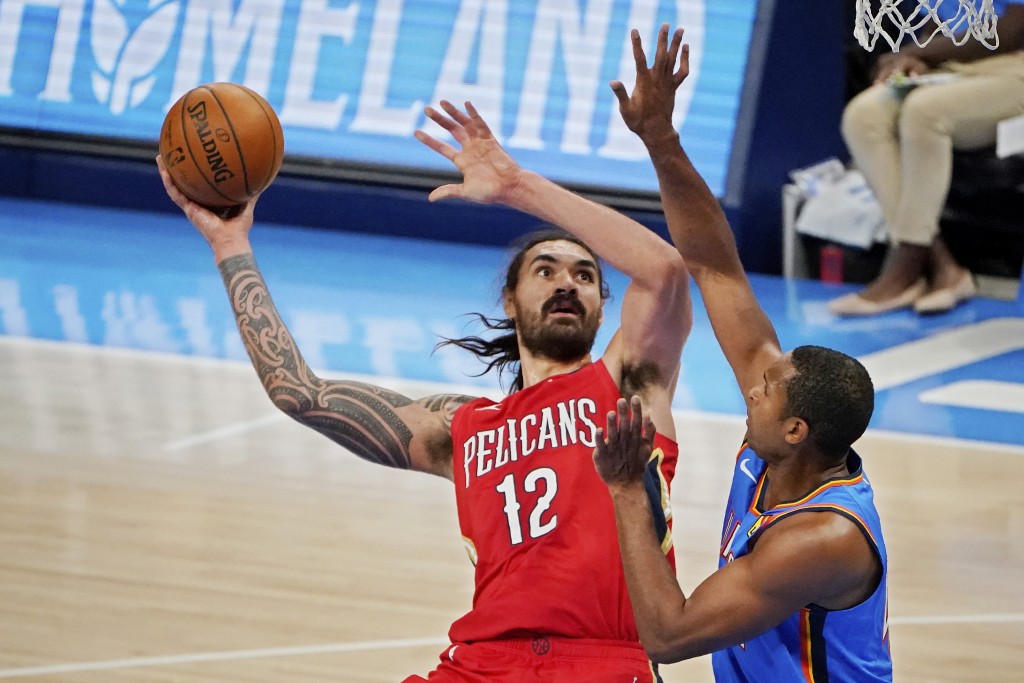 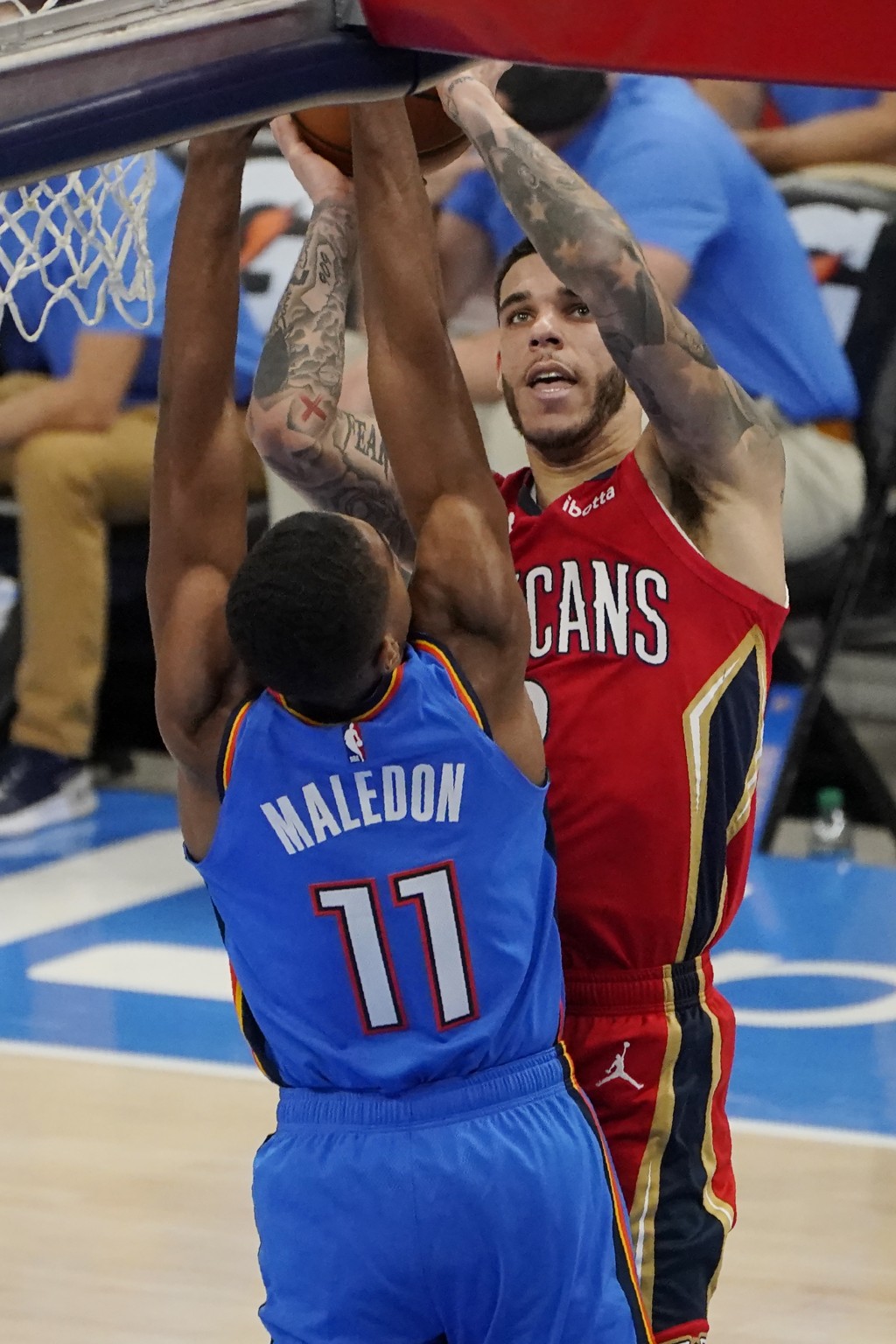 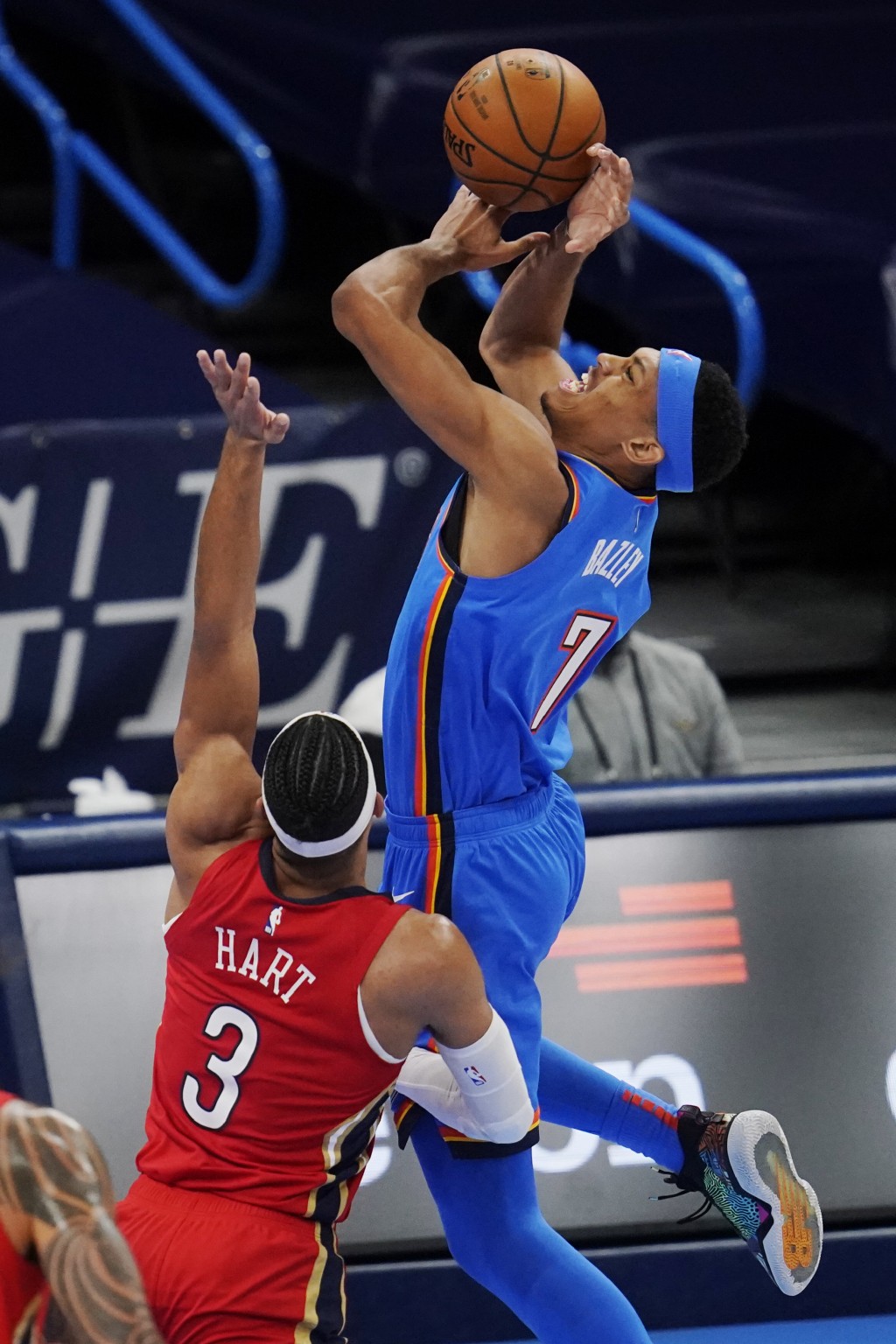 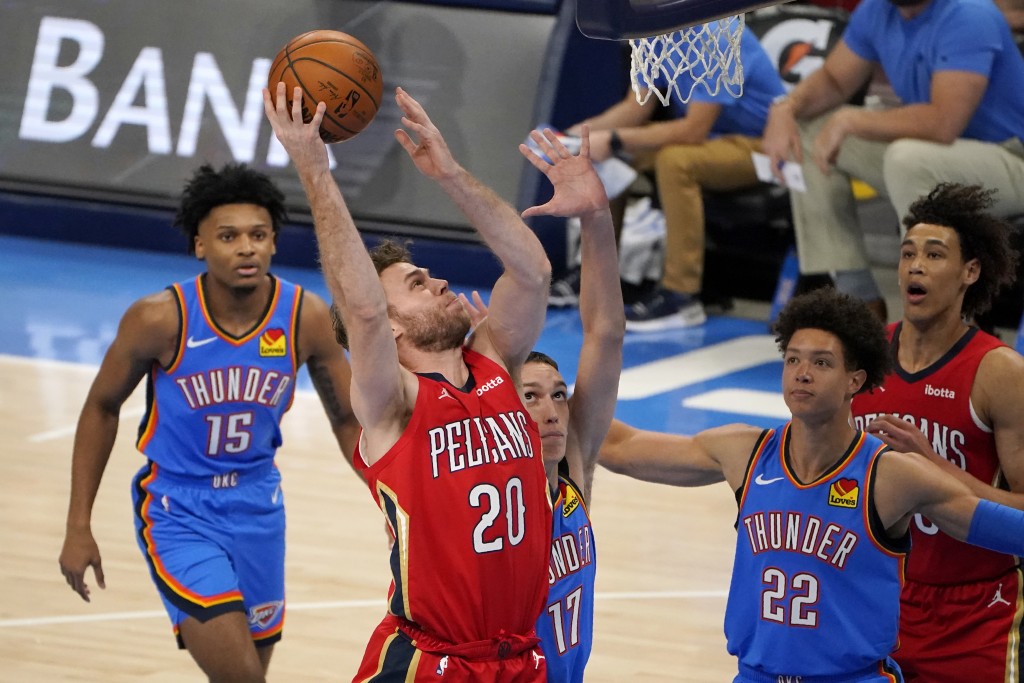 OKLAHOMA CITY (AP) — Brandon Ingram had 20 points and seven rebounds before being ejected in the third quarter and the New Orleans Pelicans beat the Oklahoma City Thunder 113-80 on Thursday night.

Eric Bledsoe added 17 points and Lonzo Ball had 16 points, nine assists and eight rebounds for New Orleans, which lost all four of its games last season to the Thunder. But in their first meeting this season, the Pelicans built an 11-point halftime lead and never were seriously threatened after that.

Oklahoma City, which lost its third straight game — all at home — after winning its season opener at Charlotte, had won 10 of its 12 previous games on New Year’s Eve. Al Horford led the Thunder with 17 points and six rebounds.

The Pelicans led 77-67 with 3 minutes left in the third quarter when Bledsoe’s arm caught Isaiah Roby across the face as Roby looked for a layup on a fast break. Officials ruled it a flagrant foul and ejected Ingram, but Roby missed both free throws and Oklahoma City came no closer than seven points the rest of the quarter.

The Pelicans extended their lead to 85-73 entering the fourth quarter and continued pulling away, eventually leading by as many as 33 points while matching their season high in scoring.

Steven Adams, in his first game against the Thunder after being traded during the offseason, had 14 points and 10 rebounds. Josh Hart added 12 points and 11 rebounds.

Pelicans: New Orleans posted a 58-40 rebounding advantage … Ingram entered the game averaging 10.3 points this season during the third quarter and had eight against the Thunder before his ejection … JJ Redick and Oklahoma City’s Hamidou Diallo each were slapped with a technical foul in the third quarter after jawing at each other.

Thunder: George Hill returned to the starting lineup after missing Tuesday’s loss to Orlando due to neck spasms … The Thunder matched their season high with 15 3-pointers (in 48 attempts).

Pelicans: Will begin a four-game homestand on Saturday against Toronto.

Thunder: Will begin a five-game road swing on Saturday in Orlando, four days after losing to the Magic in Oklahoma City.