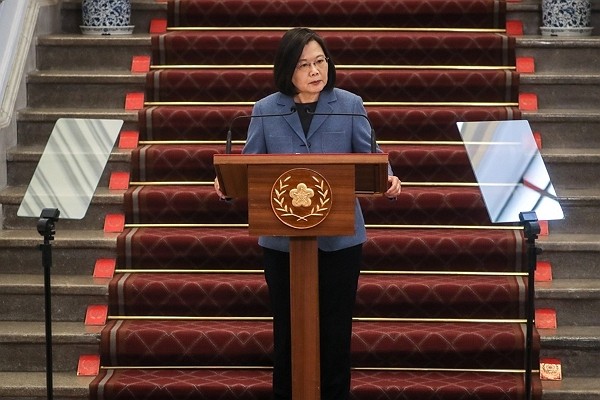 While delivering her address to the nation at the Presidential Office Building, Tsai acknowledged that 2020 had been a "long and difficult year" and that it was now finally over. She said there were arguments over the government's ban on visitors from Wuhan last January, but looking back, it was the right decision.

Tsai said Taiwan was able to enjoy an "almost normal life" when activities in most other parts of the world were put on hold due to the ongoing outbreak. She thanked everyone who contributed to this extraordinary accomplishment, citing the unity of the Taiwanese as the key to the country's epidemic prevention success.

Tsai also mentioned that Taiwan is one of the few countries that have maintained positive economic growth. Although the new year will be full of new challenges, Taiwan has "a reason to be optimistic," she added.

In regard to the government's controversial decision to relax standards on the import of American pork containing ractopamine, Tsai said she wants to humbly ask for the people's understanding. She explained that Taiwan is a nation that depends on international trade and the decision was made after careful evaluation.

Tsai also emphasized that Taiwan must stay cautious and take a far-sighted approach to face the ever-changing global landscape. She said there will be more obstacles to overcome in the future, and that her responsibility as president is to help Taiwan achieve "sustainable survival."