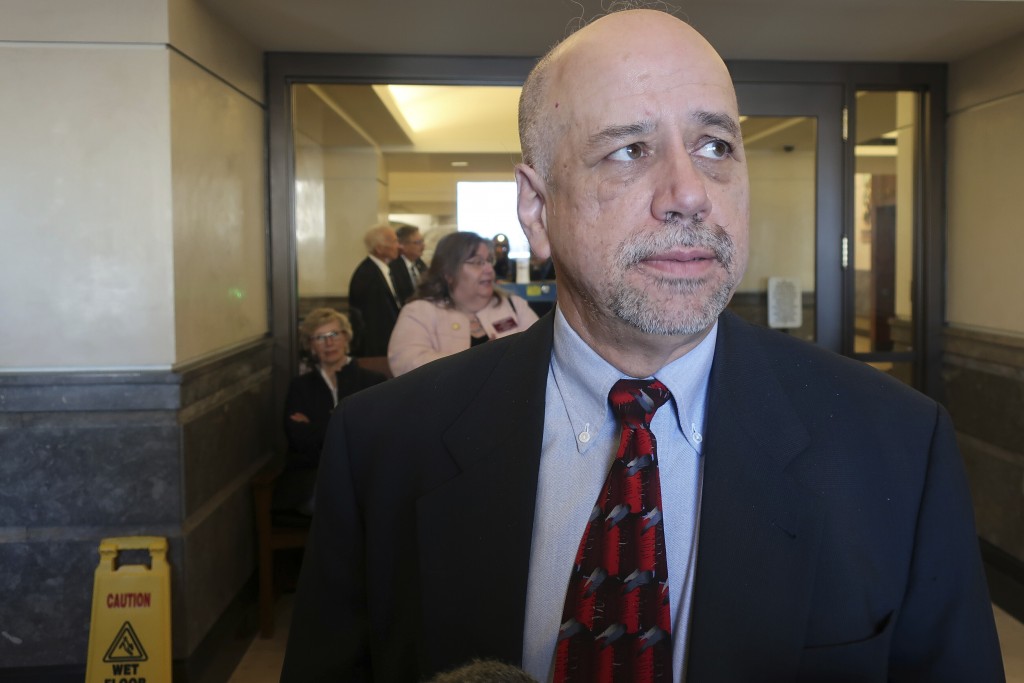 TOPEKA, Kan. (AP) — The top Democrat in the Kansas House has refused to give an incoming lawmaker any committee assignments over issues that include an anti-stalking court order filed against him after he won his seat.

Minority Leader Tom Sawyer's action this week is a sign that he and fellow Democrats plan to oust Rep.-elect Aaron Coleman of Kansas City, Kansas, once the Republican-controlled Legislature convenes its next annual 90-day session on Jan. 11. Sawyer and seven incoming female Democratic House members have called for Coleman to resign before lawmakers convene.

A woman who ran his primary opponent's campaign accused him of harassing her, and a judge issued a no-contact order on Dec. 4. A trial is set for March 8 to determine whether that order will remain in place longer.

“Since we don't plan on seating him, there's no reason to give him committee assignments,” Sawyer, from Wichita, said Thursday of Coleman.

Sawyer said another reason to expel Coleman is a now-deleted, post-November election tweet in which Coleman suggested that Democratic Gov. Laura Kelly would face an “extremely bloody” primary in 2022 for not being progressive enough. Coleman wrote, “People will realize one day when I call a hit out on you it’s real,” and later said he meant to use the phrase ”political hit."

Sawyer's refusal to assign Coleman to any committees was first reported by the Sunflower State Journal.

Sawyer said Democratic lawmakers plan to file a complaint against Coleman, which would force an investigation. The full House would have to approve expelling Coleman by a two-thirds majority, or 84 of 125 seats.

“This restraining order was after the election — and actually the hit on the governor,” Sawyer said. “He's done at least two things after that point.”

Coleman has questioned whether he can be expelled for conduct that occurred before he took his seat, and his supporters on social media have portrayed his critics within the party as “corporate” Democrats. Coleman won the primary on a progressive platform that included providing universal health coverage, ending college tuition and legalizing marijuana, and he is promising to push to raise the state's minimum wage from $7.25 an hour to $17.25 an hour by 2032.

“You may not like me very much but in our democratic system my conduct is a question for voters and it was put to voters and the voters elected me,” he said in text to The Associated Press.

Coleman also accused the woman who obtained the restraining order against him, Brandie Armstrong, of lying to the court, adding that, “A lot of people are going to have egg on their faces.”

Armstrong said in her request for the order that Coleman repeatedly sent harassing texts and personal messages to her during the campaign, came to her home in June and October and attempted to file “false and bogus” complaints against her landlord to try to get her evicted. She referred questions Thursday to her attorney, who did not immediately return a call seeking comment.