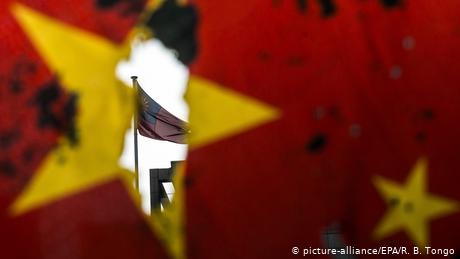 A court in Beijing on Thursday sentenced 29 Taiwanese nationals, who had been deported from Spain, to up to 14 years in jail for their part in a telecoms racket, according to Chinese state media.

The punishment comes amid a rising number of cases of people being repatriated — sometimes forcibly — to China instead of their home territory, Taiwan, from countries including Kenya, Cambodia and Armenia.

Taiwanese authorities decry these deportations as an abuse of human rights.

Beijing maintains that the Taiwanese nationals are accused of defrauding Chinese people and should be tried in its courts.

Most countries in the world follow the "one-China" policy under which they only maintain formal diplomatic ties with Beijing. That means governments have no legal option but to deport Taiwanese suspects to China instead of Taiwan.

In the latest ruling, a Beijing court said that the suspects had defrauded people living in China by calling them from Spain and claiming to be Chinese law enforcement officials.

Taiwan complains that its citizens are not given due legal process in China and is concerned about the mistreatment of its people in Chinese jails.

Beijing says it has incurred huge financial losses as a result of telecom fraud, with callers often impersonating law enforcement officials and preying on the elderly, students or the unemployed.

Taiwan has had an independent government since 1949, but China considers the island off its southeastern coast part of its territory.

China frequently reacts with hostility to attempts by foreign governments to recognize or conduct official exchanges with Taipei, insisting that countries with diplomatic ties with Beijing must forego relations with Taiwan.

Only 15 small countries recognize Taiwan as a state, but its democratically elected government has extensive commercial and informal ties with many nations.

With material from Reuters news agency.