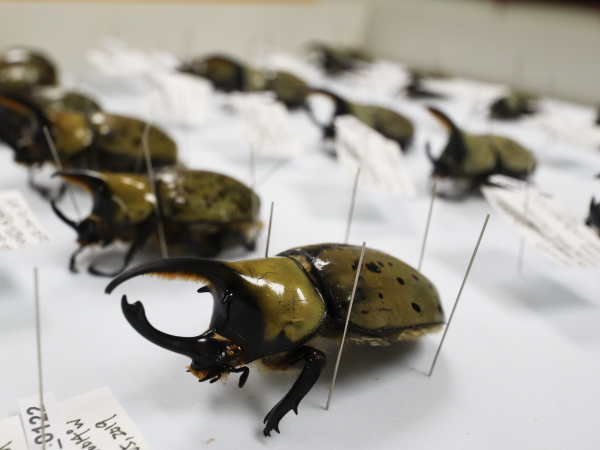 TAIPEI (Taiwan News) — As the United States continues to grapple with the social unrest and political division triggered by racial inequality, it would seem physical characteristics still influence how humans categorize and treat others — even if, through a biological lens, the variety between ethnic groups is nothing but an expression of people's shared roots.

All humans are the same species, namely Homo sapiens: smarter, taller, and not as hairy as our primate relatives. Since our ancestors first set foot outside Africa about 60,000 years ago and migrated across the world, our physical characteristics have changed as a result of local adaptation.

Some of us have lighter skin to take full advantage of limited sunlight, while others developed smaller eyes against overexposure to ultraviolet radiation or the cold. After tens of thousands of years of mating in certain geographic locations, these features strengthened and made up the foundation of what we call "ethnicity" today. The question is, with all these distinctive physical differences, how can we still say all human ethnic groups are the same species?

A quick answer to this is that because all humans can mate and produce offspring with reproductive capability. This explanation encapsulates the concept of reproductive isolation; nevertheless, is not always applicable when distinguishing one species from another.

"What we do here is to take a variety of information into account, such as genetic and morphological data, to identify different species," said Huang Jen-pan (黃仁磐), a researcher from Academia Sinica, whose lab focuses on speciation and species delimitation, through studying the evolution of beetles and lichens.

According to Huang, the definition of species varies from region to region, while offspring of different species, such as "sturddlefish," a hybrid that is part American paddlefish and part Russian sturgeon, can be fertile, too. That is why understanding the speciation process is critical before distinguishing one species from another.

Generally, the formation of new species — speciation — is a continuous process that can be initiated by geographic isolation. Suppose today that a rodent species were to be separated by a geographic barrier cutting off their opportunity to mate with each other. In such a case, these two separated groups of rodents would undergo population subdivision, in which their traits would diverge to cope with available food resources and local environments.

Once the genetic divergence appeared, a further condition for the speciation would be for the two populations to have no chance to interbreed — a separation that would need to persist for millions of years, it is estimated, to complete the undertaking.

When the process is completed, the physical differences between the two populations would become so pronounced that they could no longer mate nor have fertile offspring, thus two new species would be born. This is according to the "Biological Species Concept" proposed by evolutionary biologist Ernst Mayr in his landmark 1942 book, "Systematics and the Origin of Species." On the other hand, geological isolation is not a prerequisite for all speciation. Sometimes genetic divergence can occur and accumulate within a species if two population groups in the same location rely on separate food resources, parasitize different host species, or have a strong sexual selection while choosing mating partners.

In Huang's previous study, which examined the effect of geological barriers on the speciation process, he looked into the distribution of various rhinoceros beetles across the Indo-Australian Archipelago (IAA), a string of islands stretching between mainland Indochina and Australia. The study concluded that although beetles separated by oceanic barriers have high population subdivision, these barriers did not contribute much to speciation.

Using genetic data, Huang estimated it needs around one million years for rhinoceros beetles (Xylotrupes) in the IAA to form new species. The isolation time provided by sea-level rises during the interglacial periods, ranging from tens to hundreds of thousands of years, was certainly not long enough for speciation to complete.

Why? Because during the glacial period, when the Sahul Shelf and Sunda Shelf — the landmass that connects the IAA with Australia and the Asian continent — emerged above the sea, those Xylotrupes that underwent genetic divergence on isolated islands were able to encounter and mate with each other. The whole speciation process then ended until the rising water in the interglacial period separated these beetles again.

Forest fragmentation between geological periods seems to offer a better explanation for the diversity of Xylotrupes in the IAA. The data suggested the beetles greatly diversified at the Miocene-Pliocene boundary. Xylotrupes might have sped up their diversification during the late Miocene, following a global temperature drop from the Middle Miocene when forest habitats used to predominate. So, what does the theory of speciation help us understand about variety in humans?

"Although we can find different genotypes in Asia and Africa, the genetic and phenotypic variation of humans is a continuous pattern. That is why we cannot call people of different ethnicities a new 'species'," said Huang.

An oft-quoted example is skin color. Following the migration of early humans, we can see color patterns stretch from dark skin at the Sahara, mixed in the Middle East, all the way to pale white in Northeastern China and Korea. Going west, a similar pattern extends from Africa to Scandinavia.

Technically speaking, the diversity of the ethnic groups is a "genetic structure" shown in one species because of geographical isolation, Huang explained. The genetic variation derived from local adaption also explains why more Asians are prone to lactose intolerance than Europeans

Some scientists have come up with a genealogical divergence index (GDI) to distinguish species. If the GDI values are lower than 0.2, that indicates the two creatures are probably the same species; if higher than 0.7, that suggests a separate species. The value between 0.2 and 0.7 is in an "ambiguous" range.

One study that used empirical data sets to calculate the GDI of humans across Asia, America, Europe, and Africa found clear evidence suggesting people in these areas belong to just one species. GDI value for humans shows some genetic divergence. ("The Spectre of Too Many Species" image) Huang at his lab in Academia Sinica (Taiwan News photo) 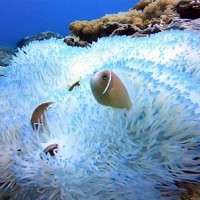 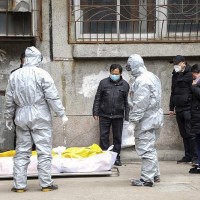 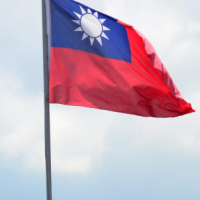