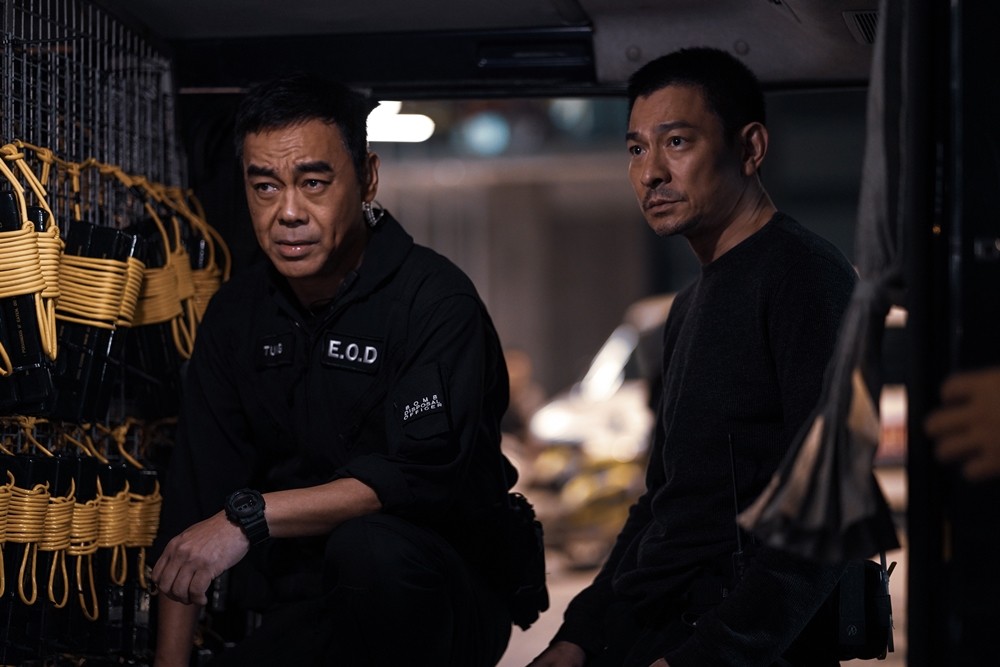 Directed by Herman Yau (邱禮濤) and produced by and starring Andy Lau (劉德華), the film has made NT$1.8 billion (USD$64 million) since it first landed in China's theaters on Dec. 25., according to Sky Films. The box office of "Shock Wave 2" is expected to surpass its predecessor, "Shock Wave," which came out in 2017.

For the first time in 18 years, Andy Lau is once again collaborating with Sean Lau (劉青雲). The new film has been nominated by the Hong Kong Film Awards in seven categories.

Lau takes on the role of a former bomb disposal officer who lost his left calf in an accident. The veteran actor's performance as a disabled person has won praise from audiences.

Lau shared that he used director Yau, who is a polio survivor, as his reference: “I observed how he walked and moved when I played my part."

The film features a nuclear bombing of Hong Kong International Airport, among other adrenaline-fueled scenes.

"The plot of the story made me so excited that I wanted to run around in the theater," said Taiwanese actor Chris Wang (王宥勝) after the premiere. "Shock Wave 2" was released in theaters in Taiwan on Dec. 31.