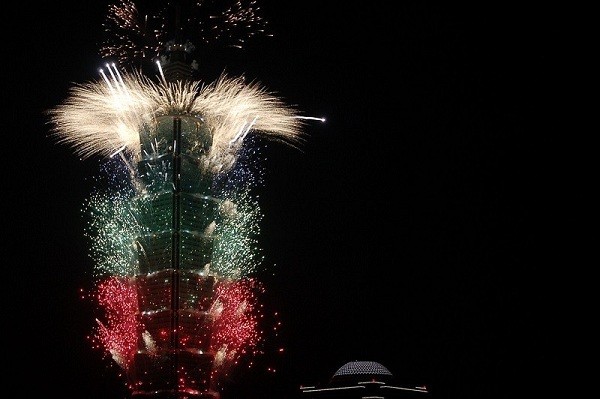 TAIPEI (Taiwan News) — The Ministry of Foreign Affairs (MOFA) announced in a press release that it will broadcast the Taipei 101 New Year's fireworks show around the world live via satellite starting at 11:55 p.m. on Thursday (Dec. 31).

MOFA said it has sent the satellite link to all of Taiwan's embassies and missions around the world and asked them to make it available to media outlets in the countries where they are located. The ministry welcomed all international media outlets in Taiwan to cover the fireworks.

The video will also be available on MOFA’s YouTube channel, Trending Taiwan.

This year’s fireworks will feature innovative 360-degree, wheel-shaped pyrotechnics, enabling spectators around the building to see the same scenes. The five-minute show will see 16,000 fireworks set off, according to the Taipei City Government.

Parts of the display will pay tribute to heroes around the world fighting the COVID-19 pandemic. It will also convey the theme of “Taiwan can help.”

The fireworks, which are fired from the skyscraper at the turn of every year, have been Taiwan’s signature New Year countdown activity since the show was first held in 2005. The fireworks have been covered by well-known international media outlets such as CNN, BBC, and TV Asahi.