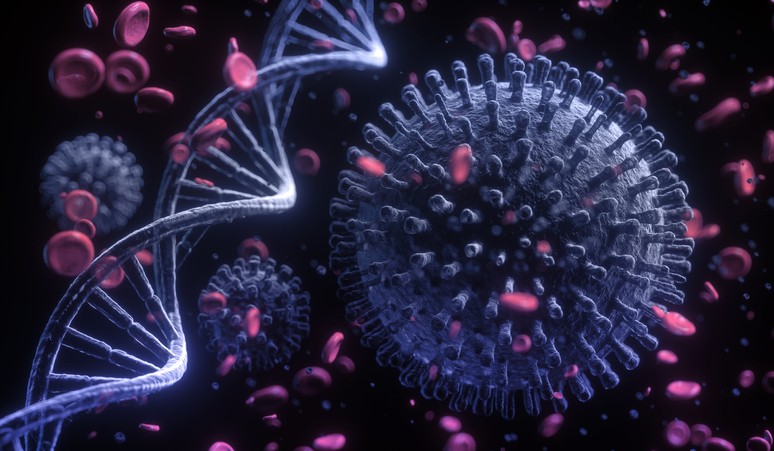 The new strain, identified as B.1.1.7, has been found to be up to 70 percent more transmissible than the original version that came out of Wuhan, China, last year. On New Year's Eve, Central Epidemic Command Center (CECC) Spokesman Chuang Jen-hsiang (莊人祥) announced two new imported cases of Wuhan coronavirus and explained that a previously reported case has tested positive for the new mutant variant of the virus first detected in the U.K., the second such case in Taiwan.

According to Chuang, the two latest imported coronavirus cases had flown to Taiwan from the U.K. (Case No. 799) and India (Case No. 800). Each had submitted negative results of tests taken within three days of their flight, and each was sent directly to an epidemic hotel upon arrival in Taiwan.

Chuang stated that Case No. 799 is a British male in his 70s who came to Taiwan to visit relatives on Dec. 18. On Dec. 26, he began to experience a dry cough and wheezing after engaging in activities that day.

On Dec. 29, he reported feeling fatigued and having a sore throat, prompting the health department to arrange for him to be tested for the coronavirus. On Dec. 31, he was diagnosed with COVID-19.

Since he had been under quarantine for two days before the onset of the illness and did not come in contact with any friends or relatives while in Taiwan, the health department has not listed any contacts in his case.

Chuang said that Case No. 800 is an Indian male in his 20s who came to Taiwan to take part in business negotiations on Dec. 15 and has been asymptomatic since. After his quarantine ended, his company arranged for him to undergo a coronavirus test at his own expense on Dec. 30.

He was diagnosed with COVID-19 on Dec. 31. Since he has been asymptomatic throughout his stay in Taiwan and all the persons who came in contact with him wore proper protective gear, the health department has not listed any contacts in his case.

In the wake of the discovery that Case No. 792 was Taiwan's first imported case of the new mutant coronavirus strain from the U.K., Chuang said that they reviewed 21 specimens from previously confirmed cases. They then discovered that the virus sample from Case No. 791, a male Taiwanese student in his 20s, matched that of Case No. 792.

Case No. 791 traveled to the U.K. to study in February of 2020. Prior to boarding his return flight to Taiwan, he had submitted negative results of a polymerase chain reaction (PCR) test taken within three days of his journey.

When he returned to Taiwan on Dec. 22, he was transported to his residence to begin his quarantine. On Dec. 26, he began to experience a fever, cough, runny nose, and muscle aches.

The health department arranged for him to undergo testing for the coronavirus, and he tested positive for COVID-19 on Dec. 28. Since the man had been alone in his home during quarantine and personnel who came in contact with him during medical treatment wore proper protective equipment, no contacts have been listed in his case.

The CECC on Thursday did not announce any new reports of people with suspected symptoms. Since the outbreak began, Taiwan has carried out 126,506 COVID-19 tests, with 124,196 coming back negative.

Out of the 799 officially confirmed cases, 704 were imported, 56 were local, 36 came from the Navy's "Goodwill Fleet," two were from the cargo pilot cluster, one is an unresolved case, and one (Case No. 530) was removed as a confirmed case. Up until now, seven individuals have succumbed to the disease, while 671 have been released from hospital isolation, leaving 121 patients still undergoing treatment in Taiwan.