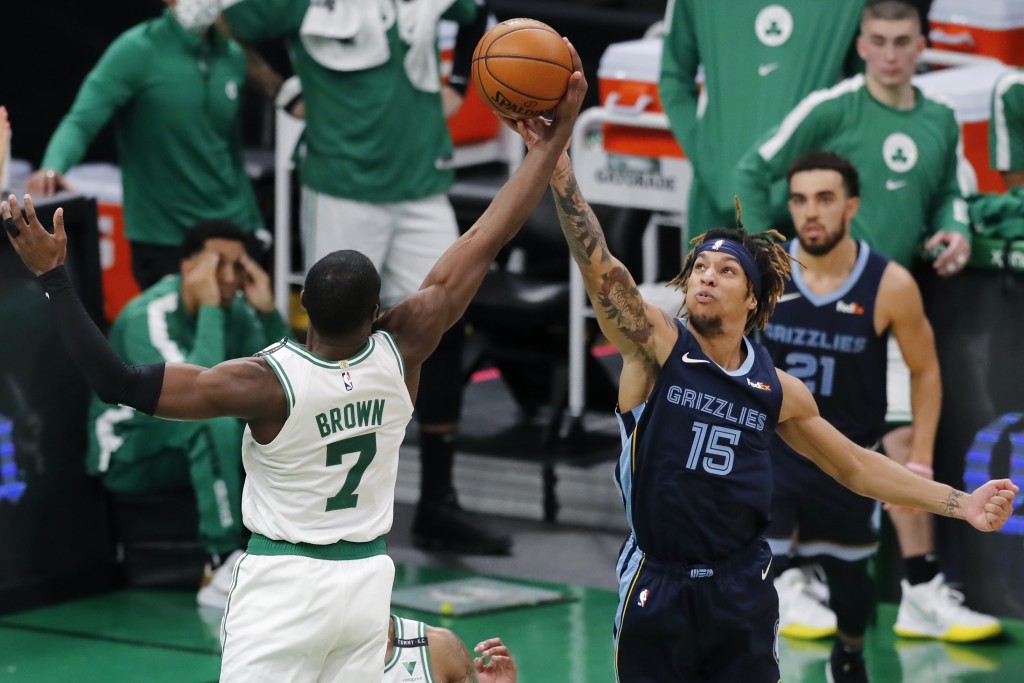 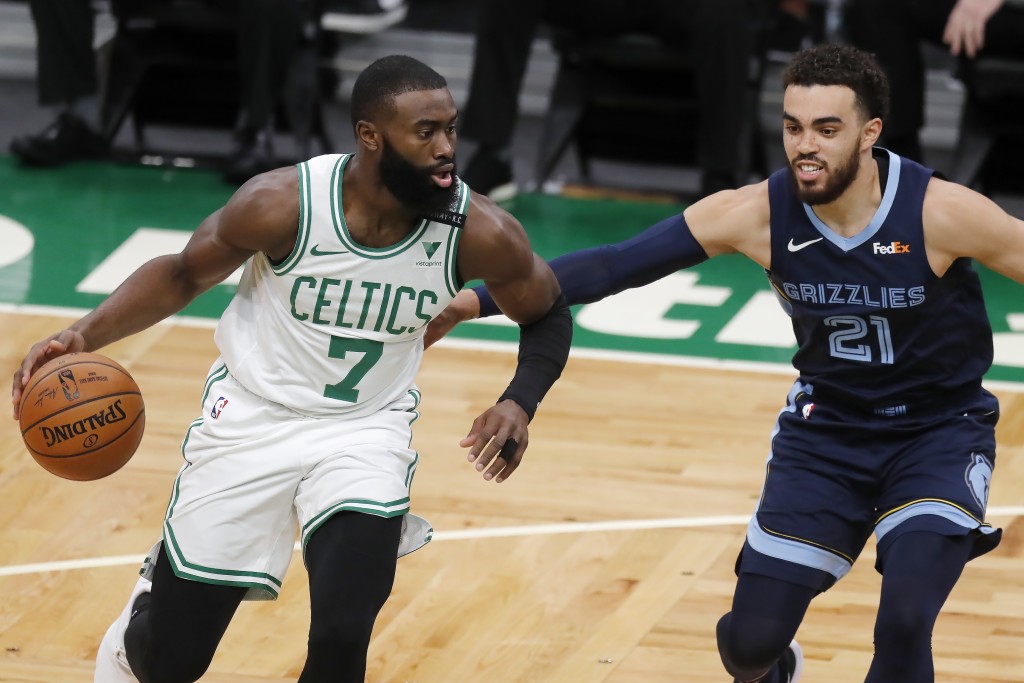 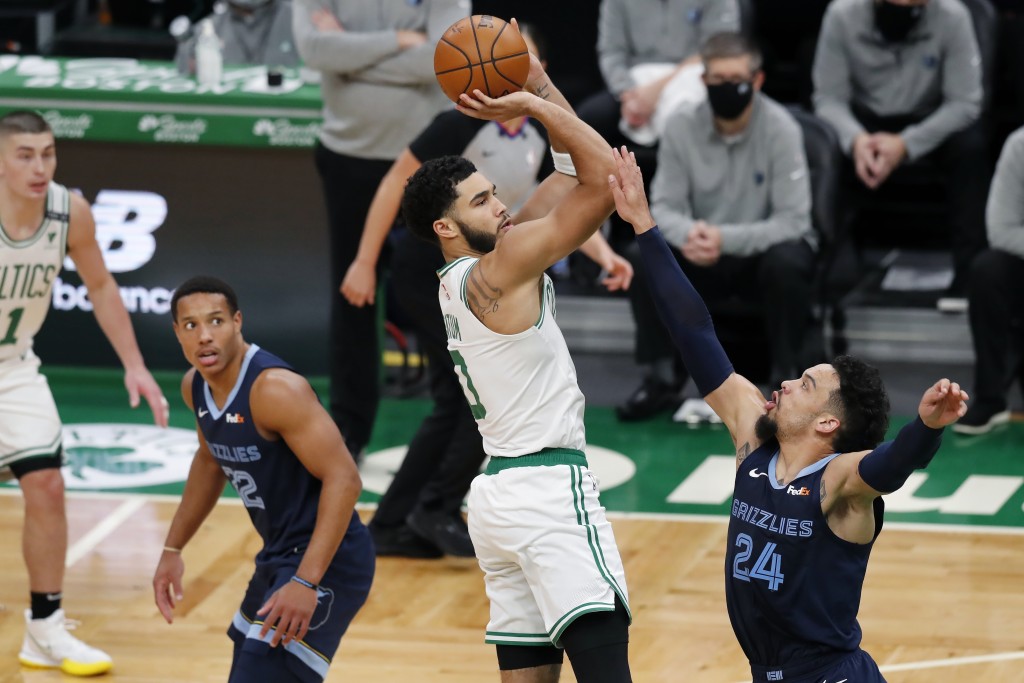 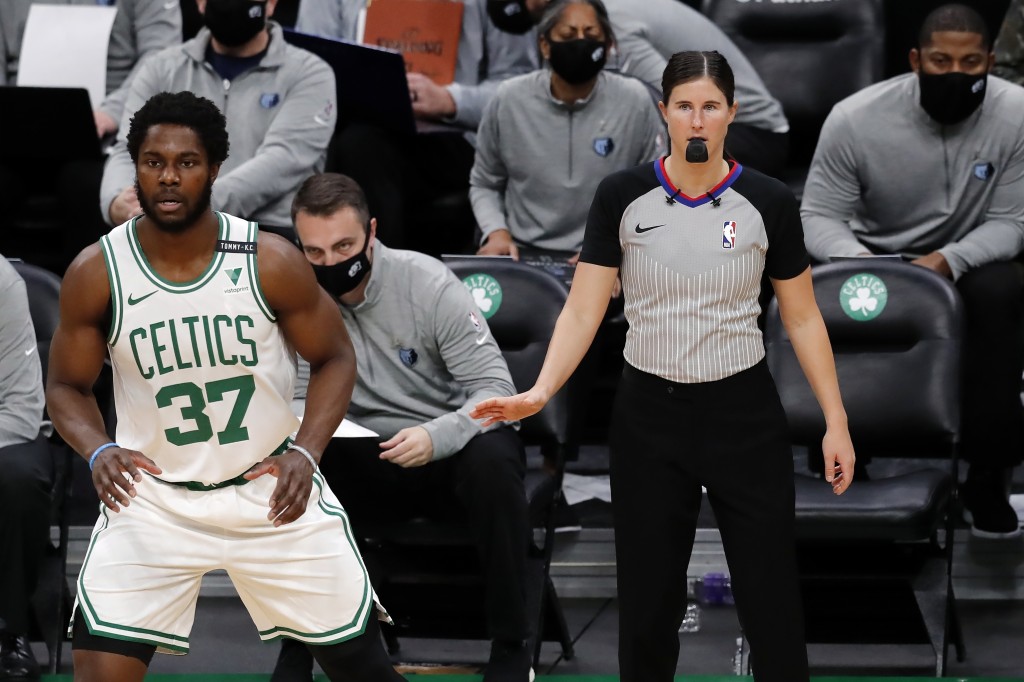 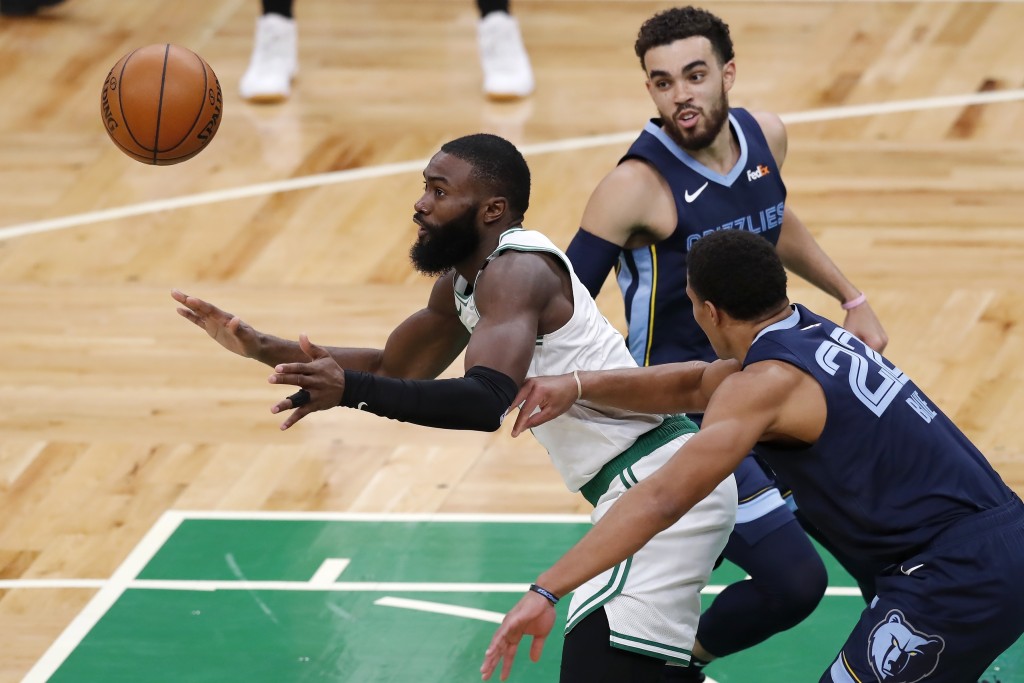 BOSTON (AP) — Jaylen Brown had a career-high 42 points, scoring 18 in the second quarter on Wednesday night when the Boston Celtics pulled away to earn their 10th straight victory over the Memphis Grizzlies, 126-107.

Brown matched his career best of 34 points with three minutes left in the third, and his seven 3-pointers made (on 10 attempts) tied a career high. Jayson Tatum scored 16 points, Marcus Smart had 14 and Robert Williams III had 10 rebounds for Boston, which hasn't lost to Memphis since 2016.

Hours after announcing they will be without leading scorer and reigning Rookie of the Year Ja Morant for three to five weeks because of a sprained ankle, the Grizzlies lost for the third time in four games. Jonas Valančiūnas had 20 points and 11 rebounds for Memphis, and Gorgui Dieng scored 17 points.

The Grizzlies didn't get within 20 until there were less than two minutes left, and the benches had been emptied. TIP-INS

Celtics: Tatum was listed as questionable with a left thumb sprain on the injury report that came out Wednesday afternoon, but later he was upgraded to available. He started the game and scored 16 points in 23 minutes. ... Brown was 10 for 15 in the first half, including 7 of 10 from 3-point range. ... Tacko Fall saw his first action of the season, playing the last six minutes and hitting a pair of free throws.