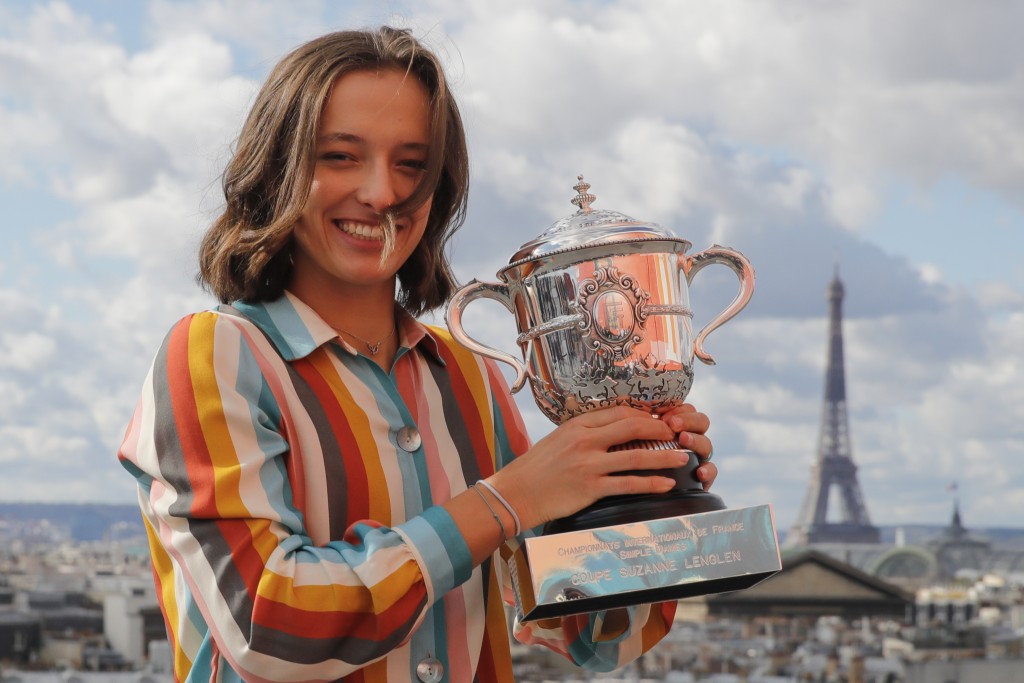 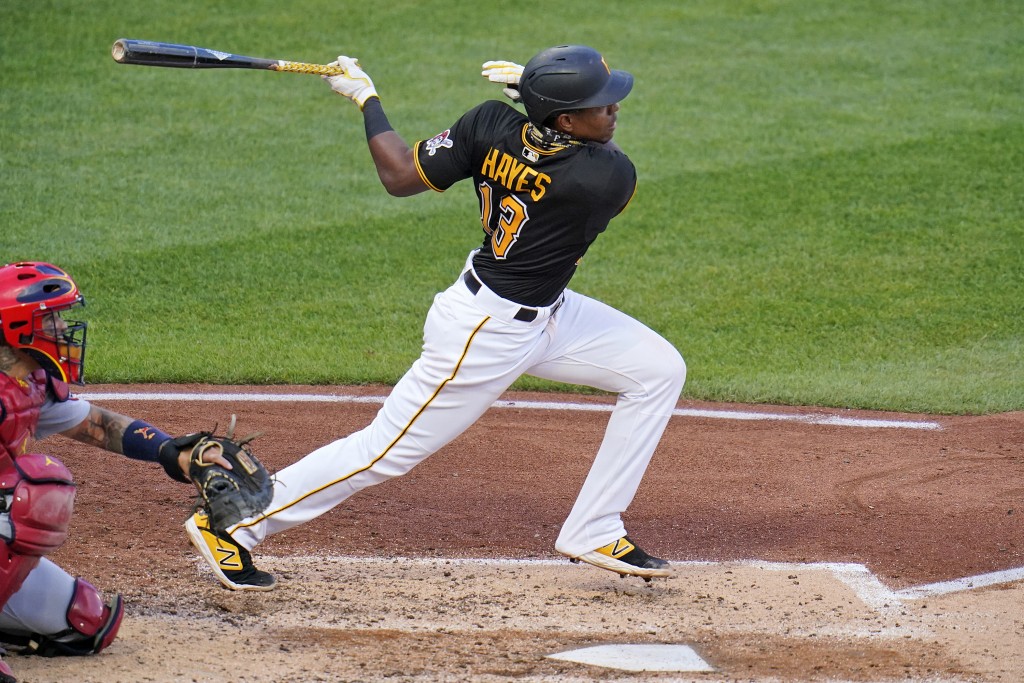 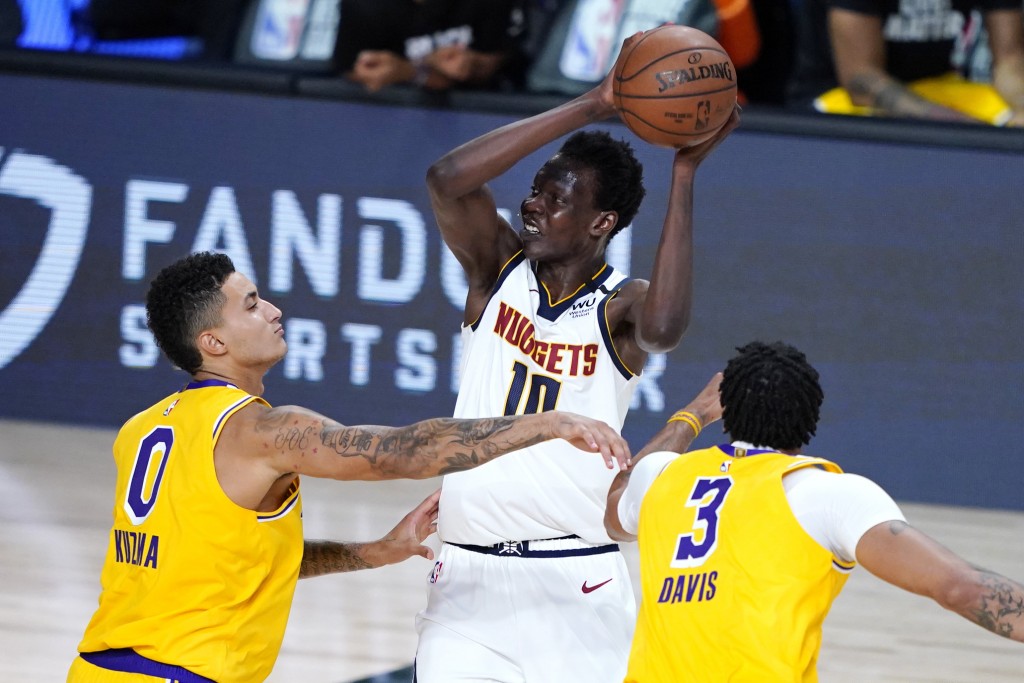 For some, the sky's the limit, which also just happens to be the title of the book written by 12-year-old British skateboarder Sky Brown.

For others, it’s no stretch that big things appear ahead. Exhibit A: 7-foot-2 Denver Nuggets center Bol Bol and his roughly 7-8 wingspan.

So many potential stars in the making. So many stages for them to shine. One of the biggest will be this summer during the Tokyo Games, which were postponed a year due to the COVID-19 pandemic.

By the time 2021 ends, a new crop of names will start to become even more familiar. So let's name-drop a few (sorry, Trevor Lawrence, you’re already too big of a name for this list):

— Brown, a skateboarding prodigy who has her sights locked on the Tokyo Games. She turns 13 a few weeks before the opening ceremony as her sport makes its Olympic debut (along with sport climbing, karate and surfing). Brown already has a doll made in her image and sponsors such as Nike. In June, she posted a video on Instagram (770,000-plus followers) of a frightful crash during a training session.

-- Bol, forward/center, Nuggets. The son of the late Manute Bol, Bol Bol showed glimpses of his versatility inside the NBA bubble over the summer. He remains eligible for the rookie of the year award, with the favorites being Charlotte's LaMelo Ball (No. 3 pick overall) New York's Obi Toppin (No. 8) and Minnesota's Anthony Edwards (No. 1).

— Stephanie Gilmore, surfer, Australia. Nicknamed “Happy Gilmore,” the seven-time world champion is well known on the surfing circuit. Gilmore, who turns 33 on Jan. 29, will be among the medal favorites in Tokyo.

— Ke’Bryan Hayes, third baseman, Pittsburgh Pirates. A first-round pick in 2015, Hayes made his major league debut on Sept. 1 and showed his promise with a double and solo homer. The rookie-of-the-year candidate is the son of longtime major leaguer Charlie Hayes. In the AL, there's Tampa Bay's Randy Arozarena, who remains eligible for rookie of the year. He earned the Babe Ruth award for the Most Valuable Player in the postseason after helping the Rays to the World Series.

— Catarina Macario, midfield, U.S. National Soccer Team. The Brazilian-born Macario became a U.S. citizen this fall. That news coincided with a call to the training camp for the U.S. Women’s National Team. Although the Stanford standout still needs to iron out her paperwork with FIFA to be eligible for Tokyo, there’s optimism she could join the U.S. at the Olympics.

— Alexis Lafrenière, forward, New York Rangers. He was the top pick in the NHL draft after a stellar stint in the Quebec Major Junior Hockey League. Lafrenière was leading the league with 112 points (35 goals, 77 assists) in 52 games last season when play ended.

— Kliment Kolesnikov, swimmer, Russian Federation. The backstroke extraordinaire counts Michael Phelps among his idols. Kolesnikov certainly has a knack for winning like Phelps, too, capturing six gold medals at the 2018 Youth Olympic Games.

— Keyshawn Davis, boxer, U.S. The top professional prospect on the 2020 U.S. Olympic team decided to wait so he could fight for a medal in '21. The athletic, speedy lightweight from Virginia is hoping to follow the career path of friend Shakur Stevenson, who won a pro title just three years after earning a silver medal in the Rio Games.

— Yealimi Noh, golfer, U.S. She was set to attend UCLA before turning pro in January 2019. She finished tied for second at the Volunteers of America Classic in early December.

— Raevyn Rogers, track and field, U.S. The former University of Oregon standout showed her 800-meter speed down the stretch to earn silver at the 2019 world championships in Doha, Qatar. She and fellow American Ajeé Wilson (third in Doha) could put on quite a show at the Tokyo Games. But Halimah Nakaayi of Uganda will have something to say about it as the world champion.

— Akiyo Noguchi, sport climbing, Japan. Known for her technique and mobility, Noguchi will be in the medal hunt as the event makes its Olympic debut. A fan favorite for sure on home turf.

— Essential Quality, racehorse. One of the early favorites at the 2021 Kentucky Derby. The American gray/roan-colored colt captured the 2020 Breeders’ Cup Juvenile at Keeneland.