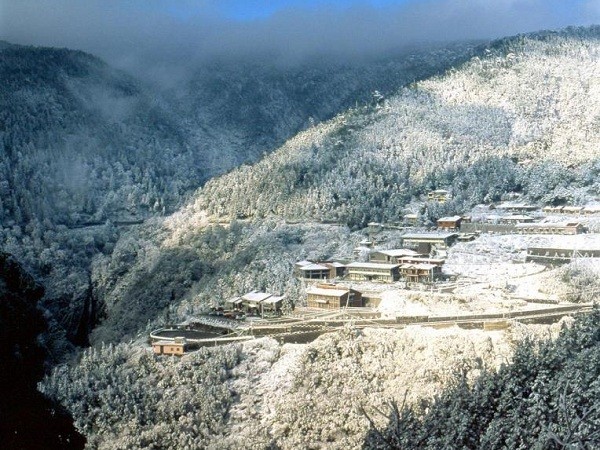 TAIPEI (Taiwan News) — As the first cold snap of the season has arrived in Taiwan, the Luodong Forest District Office said Wednesday (Dec. 30) that most of the Taipingshan National Forest Recreation Area, including the Taipingshan Villa, will be off-limits to visitors after 2 p.m. on Wednesday and Thursday to prevent people from driving on icy roads.

Taipingshan manager Huang Hsin-wei (黃信偉) said many visitors arrived at the forest recreation area this morning soon after the gates opened, CNA reported. Most were heading for Taipingshan Villa, which is 1,900 meters above sea level, hoping to catch a glimpse of snow.

Noting that the Central Weather Bureau has forecast freezing temperatures for forest recreation areas with higher elevations, Huang said parts of the only highway into Taipingshan could become icy.

To ensure safety, visitors entering Taipingshan after 2 p.m. on Wednesday and Thursday are limited to the low-elevation Jioujhihze Hot Spring area, the manager said, adding that the highway section between the hot spring area and Taipingshan Villa will be closed to prevent accidents.