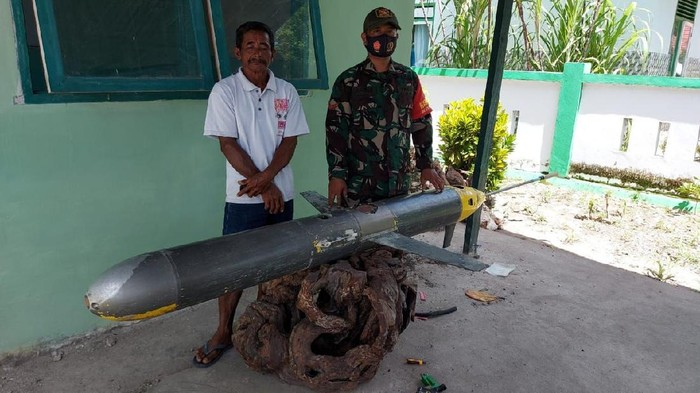 TAIPEI (Taiwan News) — A fisherman recently caught what appears to be a Chinese underwater drone in Indonesian waters.

The fisherman apparently hauled up the drone last Sunday (Dec. 20) near the Selayar Islands, an Indonesian archipelago in the South Sulawesi province, according to Naval News. He then turned it over to the local police, who then handed it over to the Indonesian military.

According to Indonesian outlet detikNews, the unmanned underwater vehicle (UUV) measures 225 centimeters in length, with a 50 cm wingspan, an 18-cm-long tail, and a 93-cm-long trailing antenna. Indonesian based security and defense poster @Jatosint pointed out its similarities to the Chinese Sea Wing UUV, made by the state-run Chinese Academy of Sciences’ Shenyang Institute of Automation.

Like other underwater glider drones, the Sea Wing employs variable-buoyancy propulsion, which involves inflating and deflating a balloon-like device filled with pressurized oil. This allows the drones to move through the water by repeatedly diving and then surfacing again.

As the underwater drones dive and ascend, sensors allow them to collect oceanography data, including water temperature, salinity, turbidity, chlorophyll, and oxygen levels. The information is then transmitted back to the control ship through the tail antenna when the drone surfaces.

While the data collected could be used for scientific research, it can also be important for naval operations, especially submarines, Naval News pointed out. Salinity levels, for example, can affect the distance a submarine can be heard from via sonar, while it may be possible to detect submarines by analyzing chlorophyll levels.

This is not the first time a suspected Chinese Sea Wing drone was discovered in Indonesian waters, according to The Drive. In January, one was found near the Masalembu Islands, while in March 2019, another one was picked up in the waters around the Riau Islands.

A fisherman in Selayar Island, South Sulawesi, has found a UUV:

Very similar to China's 'Sea Wing' UUV, which, if it's true, raised many questions especially how it managed to be found deep inside our territory pic.twitter.com/RAiX8Xw2BK 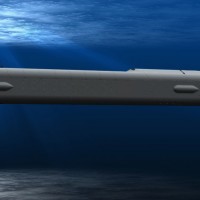