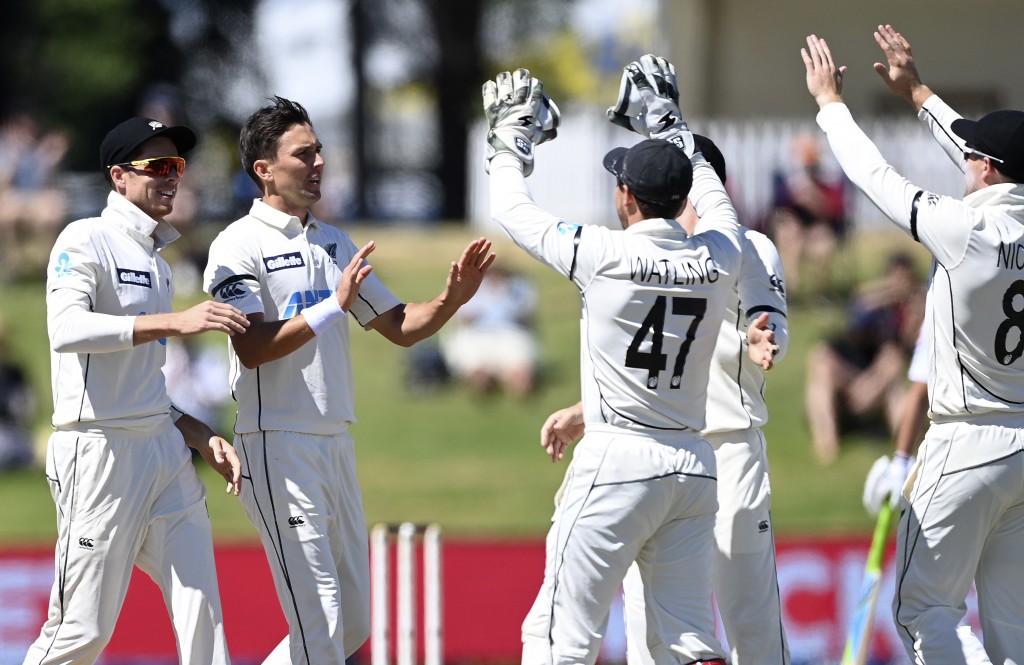 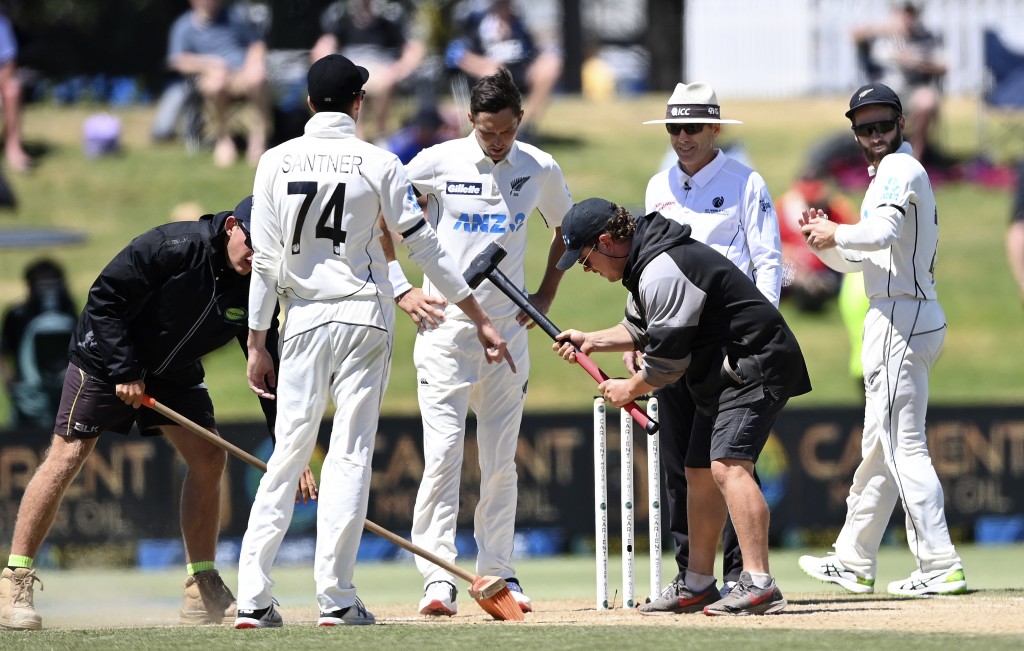 MOUNT MAUNGANUI, New Zealand (AP) — Trent Boult took a wicket with the third ball of the day but further success proved elusive as New Zealand chased a test victory over Pakistan on Wednesday on the final day of the first cricket test.

Pakistan started the day at 71-3 after being set 373 to win the match from at least 136 overs. At lunch, with around 63 of those overs remaining, Pakistan was 137-4 with Fawad Alam 48 not out and captain Mohammad Rizwan 20.

Fawad, who bats out of an unorthodox open stance, had been 21 not out over night, added only 27 runs in the first session but has now defied the New Zealand bowlers for three and a half hours.

With Rizwan, who also injected fight into the Pakistan first innings, he had added 62 runs, including a half century partnership from 132 balls.

There was no suggestion Pakistan was chasing the winning total but was showing the sort of resilience necessary to achieve a draw in the first match of the two match series.

While a draw would extend to 16 matches New Zealand’s unbeaten record at tests at home it would end its hopes of reaching the World Test Championship final at Lord’s in June.

New Zealand’s 2-0 sweep of the West Indies in its previous home series lifted it to third place in the world championship standings and it needs a 2-0 win over Pakistan to challenge India and Australia for a place in the final.

Trent Boult gave New Zealand an excellent start to the final day when he dismissed Azhar Ali for 38 with the third ball of the morning.

Azhar had clipped the previous delivery off his hip for four. Boult pushed the next ball across the batsman and Azhar was drawn into a shot outside off stump without moving his feet, edging to wicketkeeper B.J. Watling.

There many other half chances during the morning: balls that beat the edge, grazed the stumps or fell just wide of fielders, keeping the New Zealand team on its toes.

But Fawad and Rizwan produced excellent resistance which has ramped up pressure on the home side if it hopes to achieve a win with two sessions remaining.

The pitch at Bay Oval is flattening but Boult, Tim Southee, Neil Wagner and Kyle Jamieson were still able to find some bounce Wednesday.

New Zealand found itself pushed into the fifth day of a test for the first time this summer after winning both matches against the West Indies by an innings inside four days.