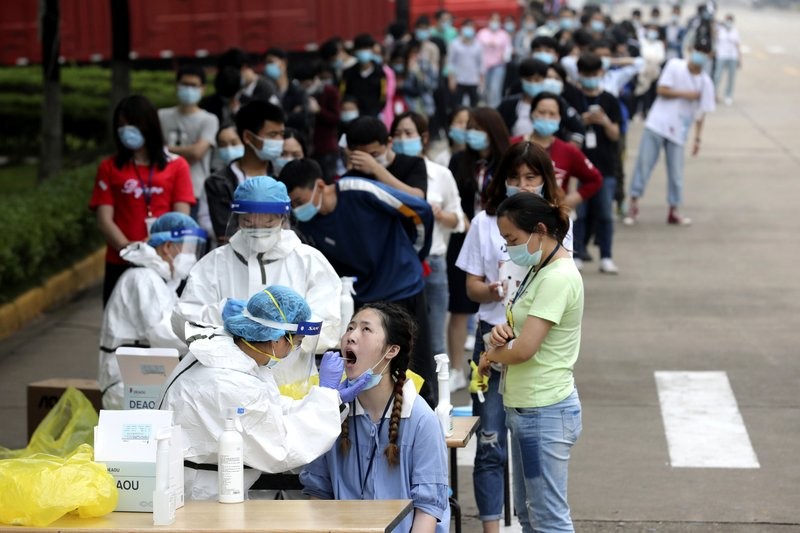 TAIPEI (Taiwan News) — A study by the Chinese Center for Disease Control and Prevention (China CDC) found that nearly 500,000 coronavirus cases in Wuhan were never counted, based on the estimated number of Wuhan citizens who now have antibodies to the virus.

On Tuesday, the China CDC released an online statement revealing some of the results of a recent seroepidemiological survey carried out to determine the extent to which citizens of Wuhan and a few other select cities and provinces had been infected by COVID-19, reported Caixin. According to the China CDC's official WeChat account, the survey tested for serum antibodies to the virus in over 34,000 people from Wuhan, Hubei, cities and prefectures outside of Wuhan, and six other major cities and provinces, including Beijing, Liaoning, Shanghai, Guangdong, and Sichuan.

According to the China CDC, the cross-sectional study gathered data one month after the first wave of the coronavirus outbreak began in China, though it did not mention which month this was. The survey found that 4.43 percent of Wuhan residents tested positive for antibodies to the disease.

Given that Wuhan's population as of 2018 was 11.08 million, this translates to an estimated 490,844 people who had been infected with COVID-19 by the first month of the first wave. This is nearly 10 times the 50,340 cases reported for the city of Wuhan and more than five times China's total case count for the entire year of 2020.

The infection rate was far lower at 0.44 percent for the cities and prefectures immediately outside of Wuhan. The study also claimed that only two persons tested positive for the antibodies out of 12,000 surveyed in the six other major cities and provinces tested.

The conclusion of the report was that the extremely low numbers of persons found to have antibodies for the virus outside of Wuhan show that there was a low level of infection in the rest of China, which "indicated that the epidemic control in Wuhan was successful and effectively prevented the large-scale spread of the epidemic."

However, given that this survey was only taken in the first month of the pandemic, there is a tremendous amount of subsequent data missing. Only a survey conducted a full year later would provide a clearer picture of the extent of the outbreak in Wuhan and the rest of China.

After China declared victory over the coronavirus with "zero" local infections on March 19, it has since officially acknowledged subsequent "small" outbreaks in Guangdong, Beijing, Yunnan, Wuhan, Heilongjiang, Liaoning, Jilin, Qingdao, Xinjiang, and Shanghai. These have been followed by mass testing campaigns that numbered in the millions; however, the results of such tests are never released in detail, and additional positive cases are rarely if ever announced.

A seroepidemiological study such as this would reveal the true extent of infections from these outbreaks. As for deaths from the disease, which have remained unchanged at 4,634 for months, one method that could provide insight into the true number of deaths would be for China to release statistics for excess deaths for 2020.

Unfortunately, China is only taking more steps at repressing information about the outbreak, such as sentencing Zhang Zhan, a journalist who reported on the epidemic in Wuhan, to four years in prison. The communist regime now blames most local outbreaks on imported frozen food and has started to peddle misinformation that the virus came from another country.