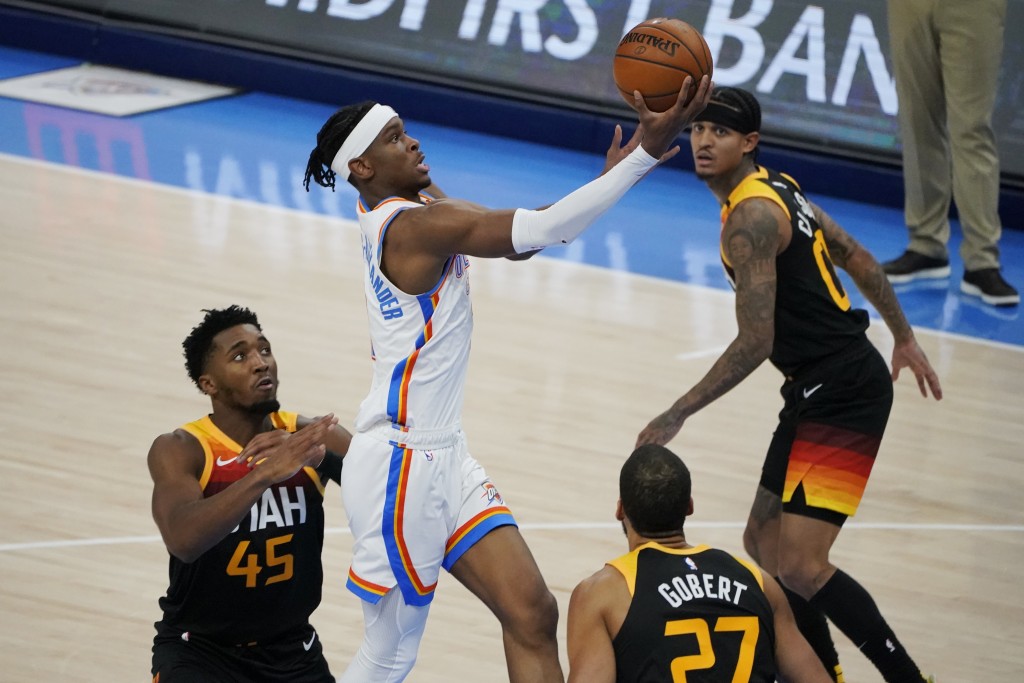 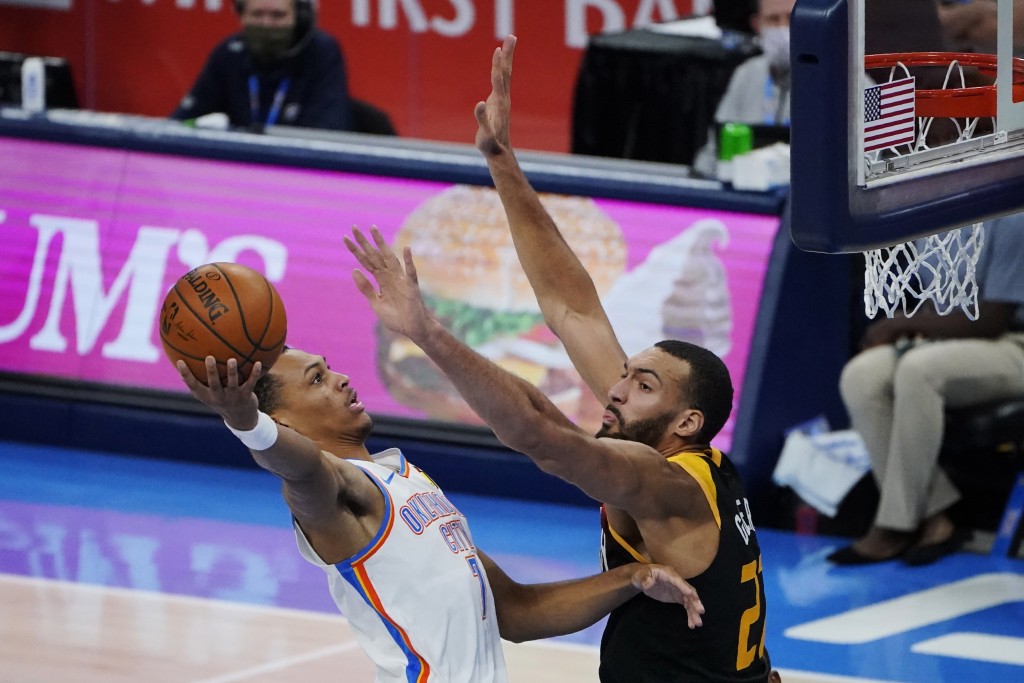 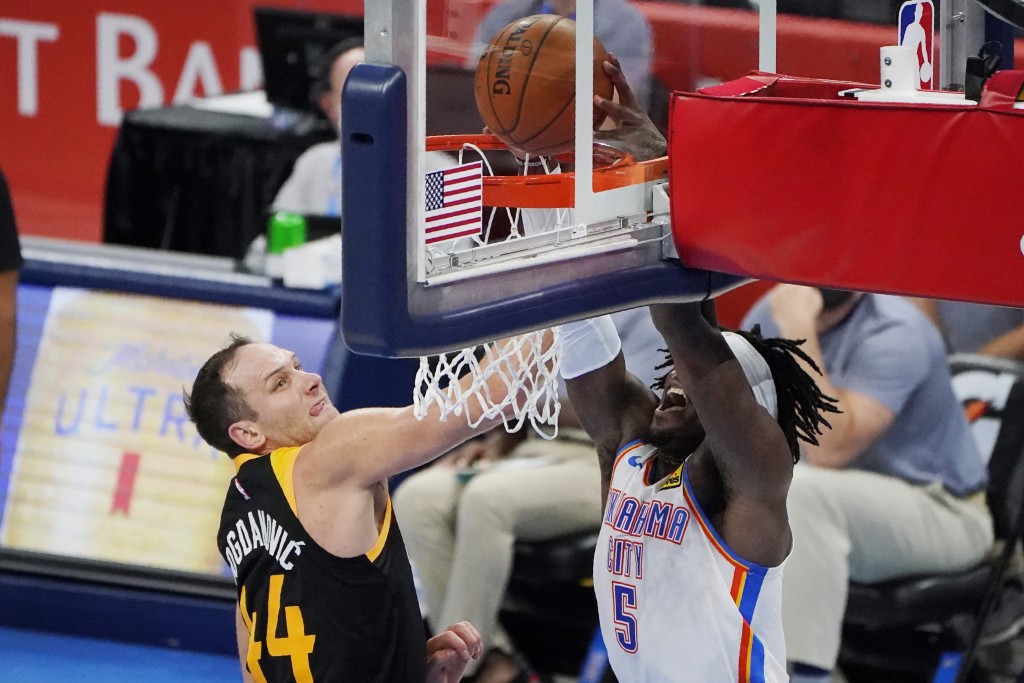 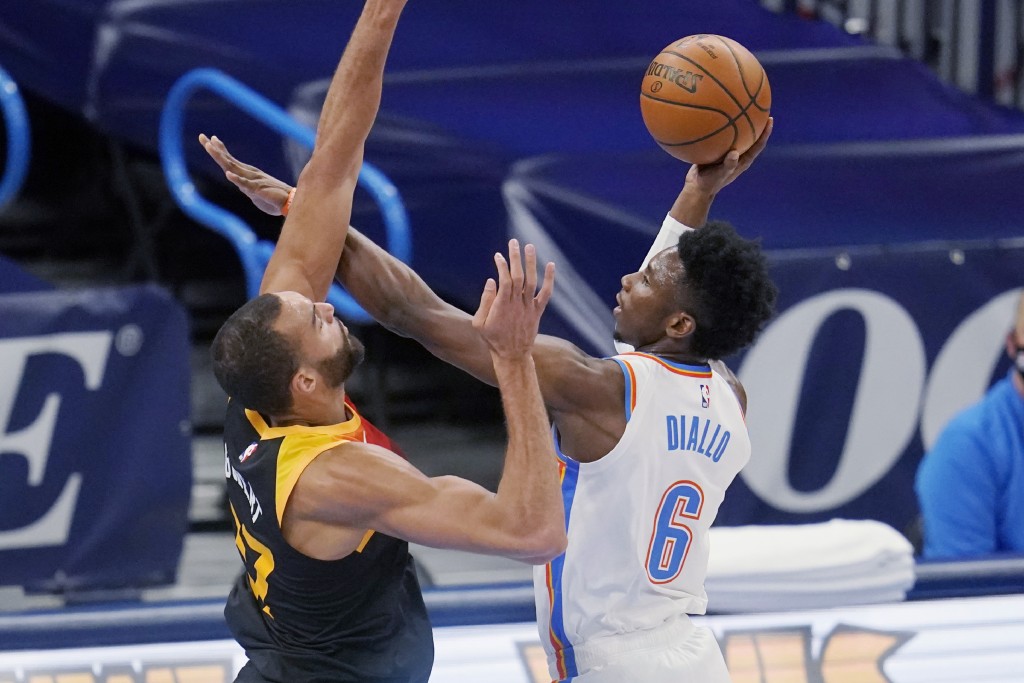 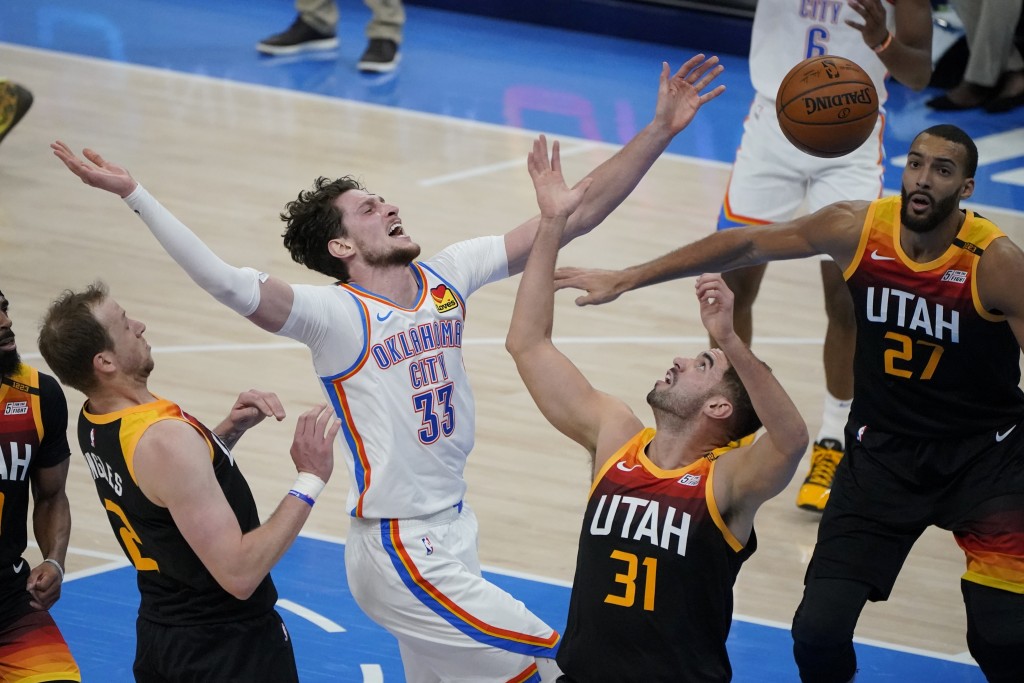 Shai Gilgeous-Alexander, who hit a game-winning shot in the Thunder’s season-opening win in Charlotte, missed a driving layup in heavy traffic at the buzzer. He had 23 points and seven assists, while Luguentz Dort led the Thunder with a career-high 26 points.

The Thunder hit their first five shots — including four 3-pointers — to go ahead 17-5 and held that lead for most of the first half, taking a 52-49 advantage into halftime. Mitchell and Bogdanovic were a combined 4 of 19 from the field in the half.

Utah was Oklahoma City’s scheduled opponent on March 11, when the Jazz’s Rudy Gobert tested positive for COVID-19. The game was postponed moments before tipoff and the NBA season was temporarily shut down.

Jazz: With 12 points and 10 rebounds, Gobert recorded his 250th double-double for the Jazz, a total that ranks third in franchise history behind only Karl Malone (799) and John Stockton (714). ... Bogdanovic received a technical foul after a follow dunk by teammate Jordan Clarkson in the second quarter. ... Gobert also was slapped with a technical early in the third quarter for complaining that no foul was called as he scored a basket.

Thunder: Oklahoma City went with the same starters as it did in its opener — Dort, Bazley, Al Horford, Gilgeous-Alexander and George Hill. ... For the second straight game, first-round draft pick Aleksej Pokusevski did not score (in 14 minutes) for Oklahoma City.

Jazz: Will have back-to-back games in Salt Lake City, hosting the Phoenix Suns on Thursday and the Los Angeles Clippers on Friday before playing seven straight games on the road.

Thunder: Continue a stretch of three home games in four nights, hosting the Orlando Magic on Tuesday and the New Orleans Pelicans on Thursday.