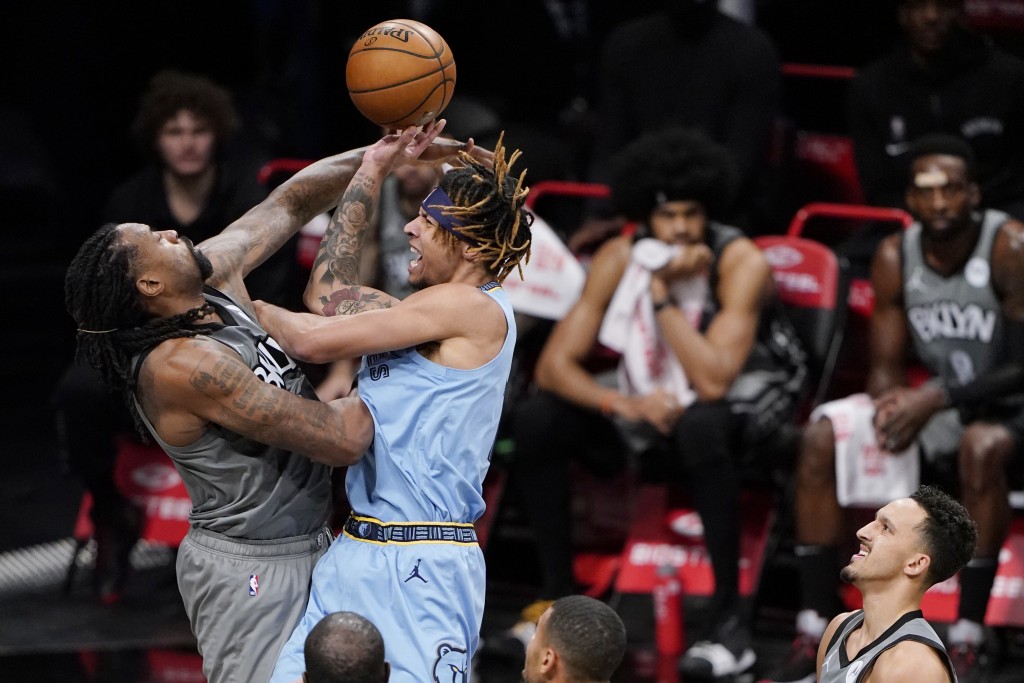 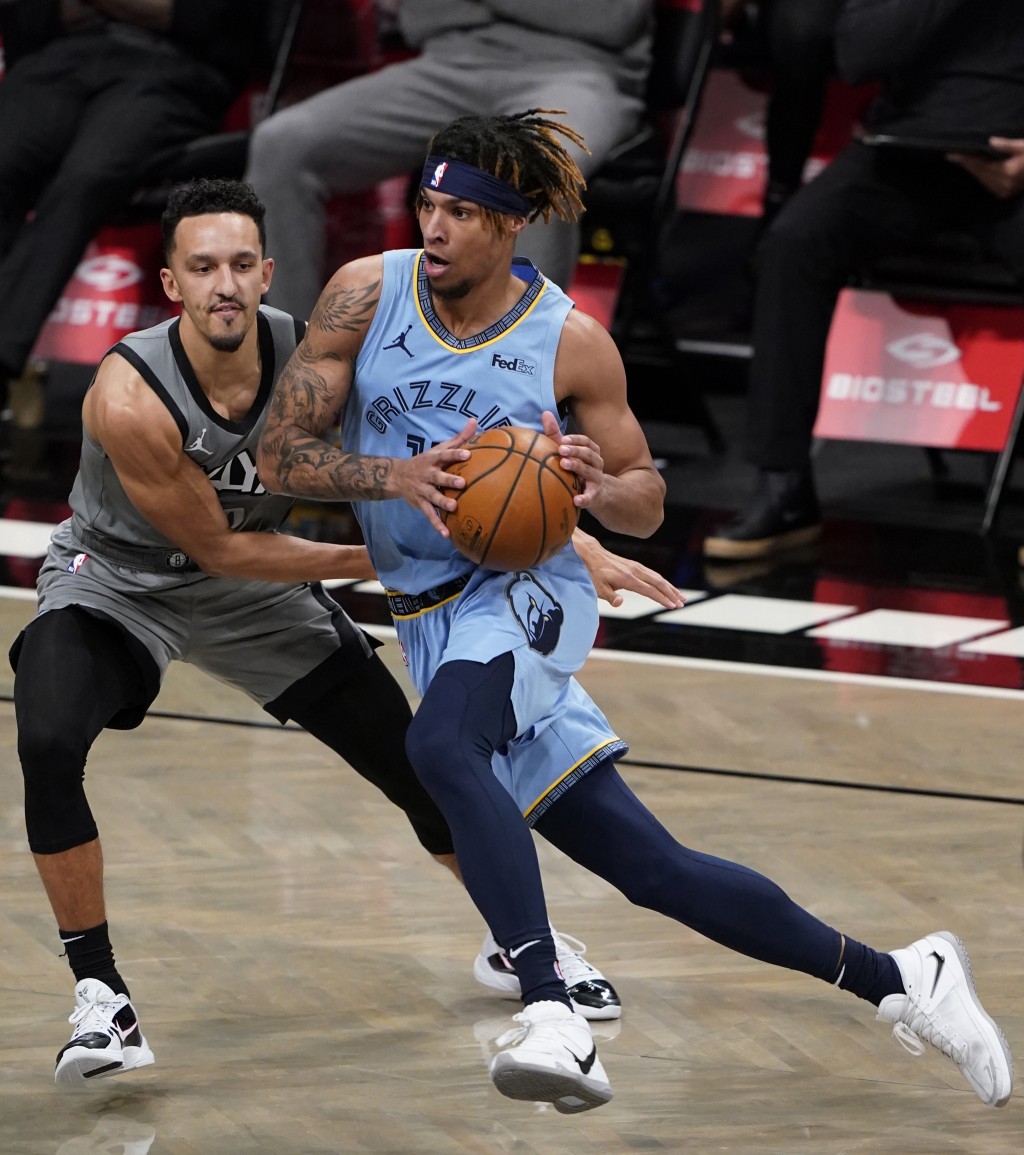 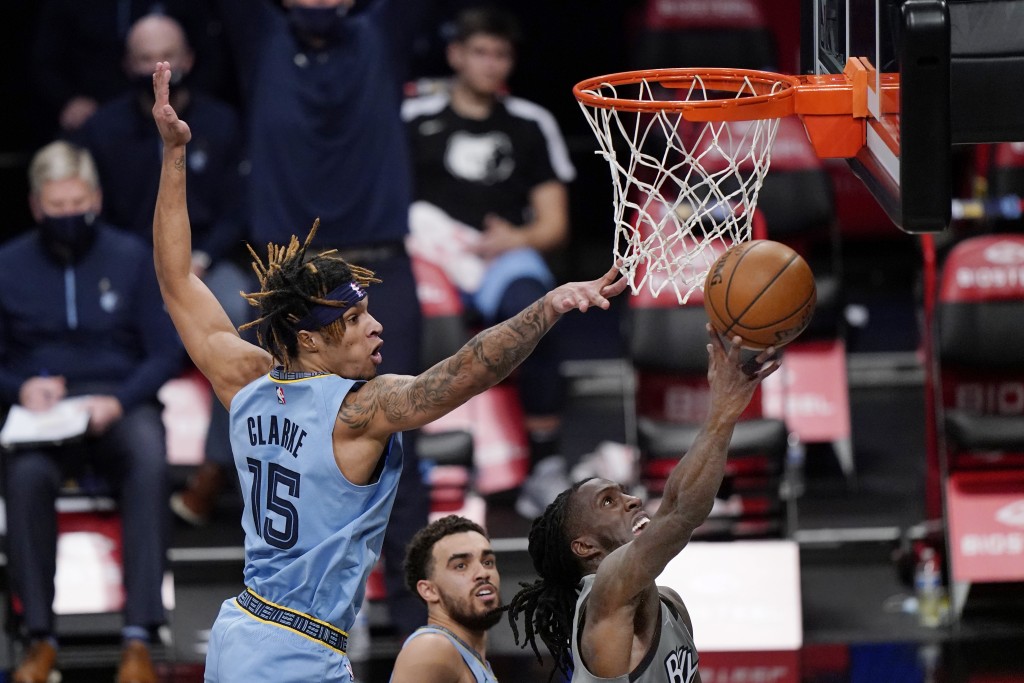 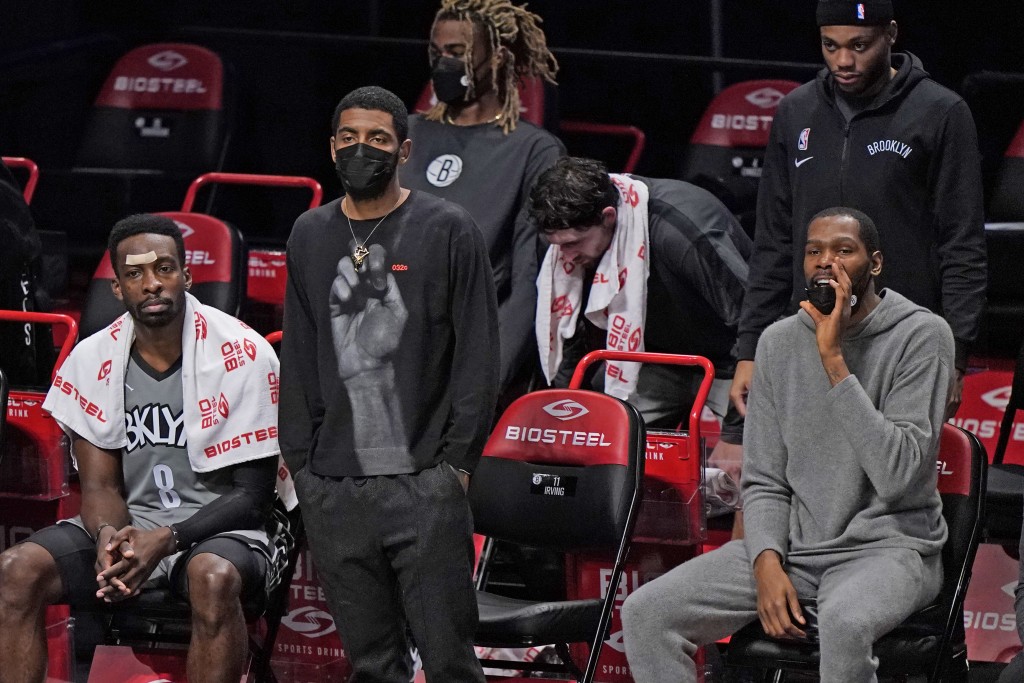 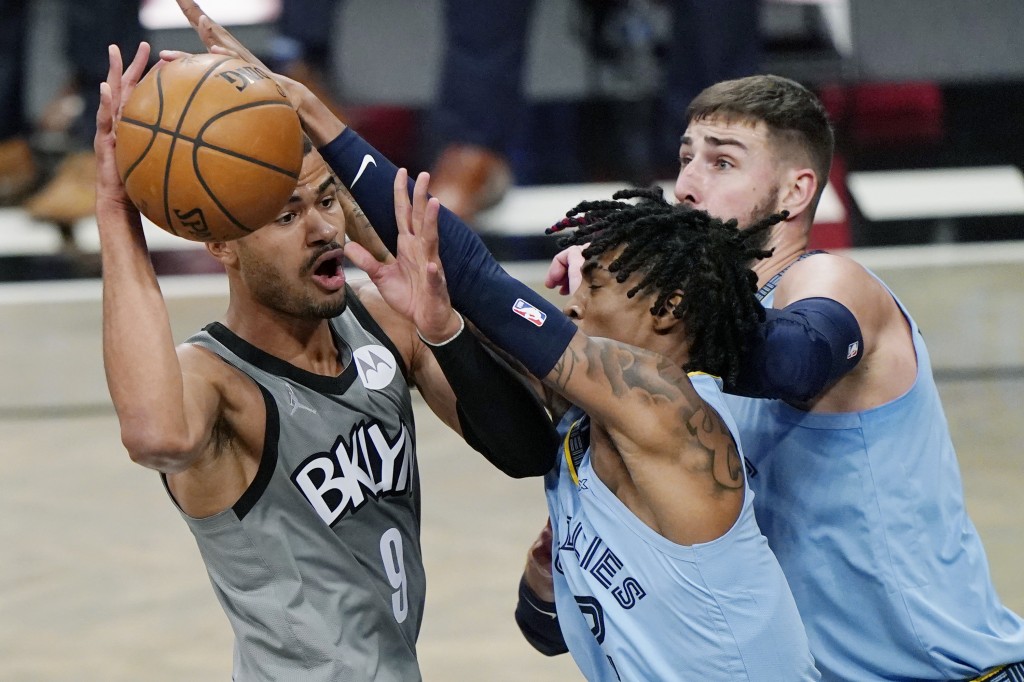 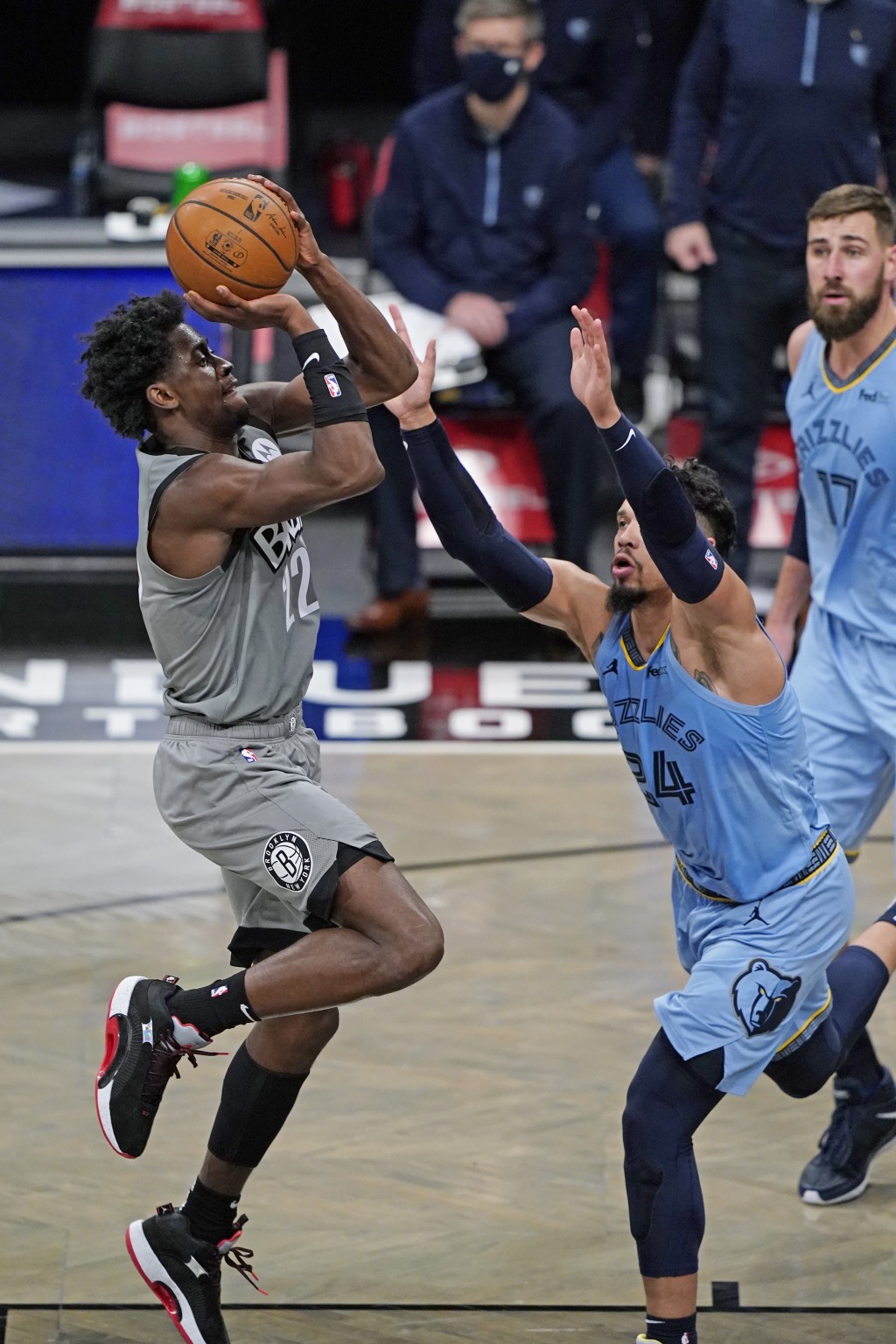 NEW YORK (AP) — Ja Morant exited with a sprained ankle but the Memphis Grizzlies earned their first victory of the season without him, outlasting the short-handed Brooklyn Nets 116-111 in overtime Monday night.

The NBA Rookie of the Year was wheeled to the back of the arena late in the first half after hurting his left ankle when he leaped to block a shot by Timothé Luwawu-Cabarrot and landed on the Nets forward's foot. Morant rejoined his teammates on the bench in the second half with his foot in a walking boot.

He watched Brandon Clarke score the go-ahead basket on a follow shot with 41 seconds left in overtime before the Grizzlies put it away with free throws.

Kyle Anderson scored a career-high 28 points and Dillon Brooks added 24 for the Grizzlies, who had dropped their first two games. Clarke had 16 points and Jonas Valanciunas finished with 14 points and 14 rebounds.

Caris LeVert had 28 points and 11 assists for the Nets, who rested Kevin Durant and Kyrie Irving while losing for the second straight night. Brooklyn is also without Spencer Dinwiddie, who will have surgery to repair a partially torn right ACL sustained Sunday.

With both stars returning this season from injury, the Nets decided Sunday night they would rest Durant after he played a season-high 36 minutes in a loss to Charlotte. They listed him on the injury report Monday morning. Irving was added a few hours later.

Grizzlies: Memphis started a three-game road trip. ... Anderson's previous career high came in the last game, when he had 20 points against Atlanta.

Nets: Luwawu-Cabarrot scored 21 points, but only two after halftime. ... The Nets opened a six-game homestand, their longest since playing six straight games at Barclays Center during the 2015-16 season.

The Nets said Dinwiddie would have surgery scheduled for next week and further updates would be provided afterward. In an Instagram post, Dinwiddie recalled returning from a more severe knee injury in college seven months later. “Next question: Will I miss the road to a (at)brooklynnets 2021 championship? My response: As we’ve seen before. Crazier things have happened,” he wrote.

Grizzlies: Try to snap a nine-game losing streak to Boston on Wednesday.

Nets: Play the first of two straight home games against Atlanta on Wednesday.