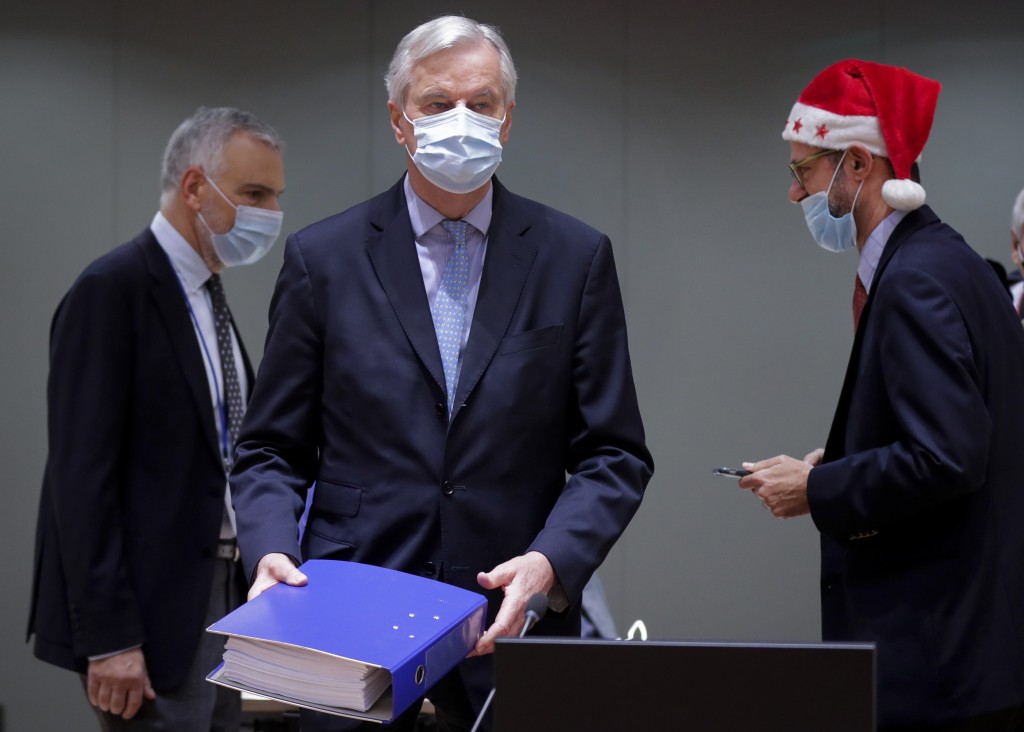 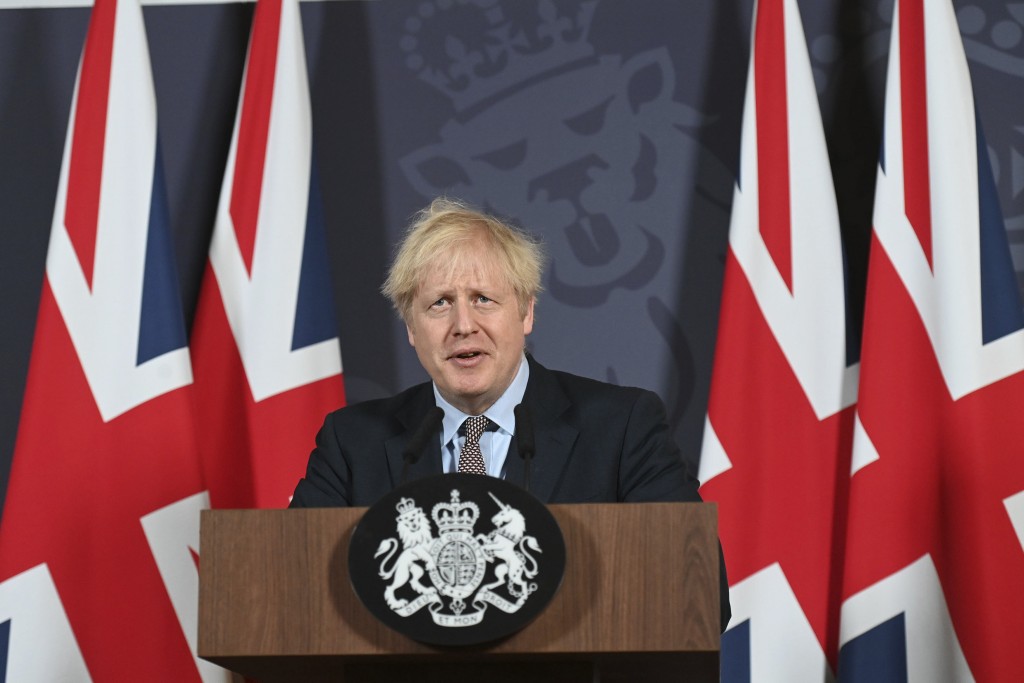 LONDON (AP) — European Union nations have unanimously approve the post-Brexit trade deal with the United Kingdom, a prerequisite for the agreement to come into operation on New Year’s Day.

Germany, which holds the EU presidency, said the decision came during a meeting of EU ambassadors to assess the Christmas Eve agreement.

The approval had been expected ever since the deal was announced and all EU leaders warmly welcomed it. It still needs approval from the EU’s legislature, which is expected to come in February. The U.K’s House of Commons is expected to approve it on Wednesday.

Four days after sealing a free trade agreement with the European Union, the British government warned businesses to get ready for disruptions and “bumpy moments” when the new rules take effect on Thursday night.

Businesses were scrambling Monday to digest the details and implications of the 1,240-page deal sealed by the EU and the U.K. on Christmas Eve.

The U.K. left the EU almost a year ago, but remained within the bloc's economic embrace during a transition period that ends at midnight Brussels time -- 11 p.m. in London -- on Dec. 31.

The agreement, hammered out after nine months of tense negotiations, will ensure Britain and the 27-nation bloc can continue to trade in goods without tariffs or quotas. That should help protect the 660 billion pounds ($894 billion) in annual trade between the two sides, and the hundreds of thousands of jobs that rely on it.

But the end to Britain’s membership in the EU’s vast single market and customs union will still bring inconvenience and new expenses for both individuals and businesses — from the need for tourists to have travel insurance to the millions of new customs declarations that firms will have to fill out.

“I’m sure there will be bumpy moments but we are there in order to try to do everything we can to smooth the path,” he told the BBC.

British Prime Minister Boris Johnson's Conservative government argues that any short-term disruption from Brexit will be worth it, because the U.K. will now be free to set its own rules and strike new trade deals around the world.

Yet an ominous preview of what could happen if U.K.-EU trade faces heavy restrictions came this month when France briefly closed its border with Britain because of a highly transmissible new variant of the coronavirus sweeping through London and southern England. Thousands of trucks were stuck in traffic jams or parked at a disused airfield near the English Channel port of Dover for days and supermarkets warned that some goods, including fresh produce would soon run short.

Even after France relented and agreed to let in truckers who tested negative for the virus, the backlog of 15,000 drivers who now needed tests took days to clear.

Both the British and European parliaments still need to vote on the Brexit trade deal. Britain’s Parliament is set to deliver its verdict on Dec. 30, but the EU legislature will not make a decision until after Jan. 1. Ambassadors from the 27 EU nations will meet Monday to determine how they can provisionally approve the deal by the end of the year.

David McAllister, an EU lawmaker from Germany, said the European Parliament vote would take place in February. He signalled it was likely to be approved, calling it a “comprehensive, fair agreement” that protected the bloc’s single market.

Lawmakers in Britain are also highly likely to approve the deal.

Hardline pro-Brexit legislators in Johnson’s Conservative Party are poring over the agreement to see whether it meets their goal of a decisive break from the bloc. The main opposition Labour Party says the deal will hurt Britain’s economy but it will back it anyway because it is better than a chaotic no-deal split on Jan. 1.

Despite the deal, uncertainty hangs over huge chunks of the relationship between Britain and the EU. The agreement covers trade in goods, but leaves the U.K.’s huge financial services sector in limbo, still uncertain how easily it can do business with the bloc after Jan. 1. The British territory of Gibraltar, which sees thousands of workers cross over daily from Spain, is also in limbo since it was not included in the deal.

And Brexit deal has angered one of the sectors the government stressed it would protect: fishing. The economically minor but hugely symbolic issue of fishing rights was a sticking point in negotiations, with maritime EU nations seeking to retain access to U.K. waters, and Britain insisting it must control its seas.

Under the deal, the EU will give up a quarter of the quota it catches in U.K. waters, far less than the 80% that Britain initially demanded. The system will be phased in over 5 1/2 years, after which the quotas will be reassessed.

“I am angry, disappointed and betrayed,” said Andrew Locker, chairman of Britain’s National Federation of Fishermen’s Organizations. “Boris Johnson promised us the rights to all the fish that swim in our exclusive economic zone and we have got a fraction of that.”

Casert reported from Brussels. Geir Moulson in Berlin contributed to this story.

Follow all AP stories on the Brexit trade talks at h ttps://apnews.com/Brexit