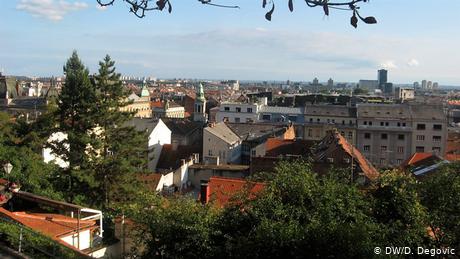 The epicenter was near the towns of Petrinja and Sisak around 50 kilometers (31 miles) southeast of the capital Zagreb.

The mayor of Petrinja, Darinko Dumbovic, told state HRT television that "we have bricks and tiles in the streets and fallen chimneys."

According to Dumbovic, Croatia's president and prime minister will visit the town later Monday.

Bozidar Skrinjaric, head of the Pokupsko municipality, an area near the epicenter with some 3,000 inhabitants, said people ran into the streets when the quakes hit.

Earthquakes in the region this year

This is the second earthquake to have struck Croatia this year. In March, an earthquake of magnitude 5.3 hit Zagreb causing one death and injuring 27 people.