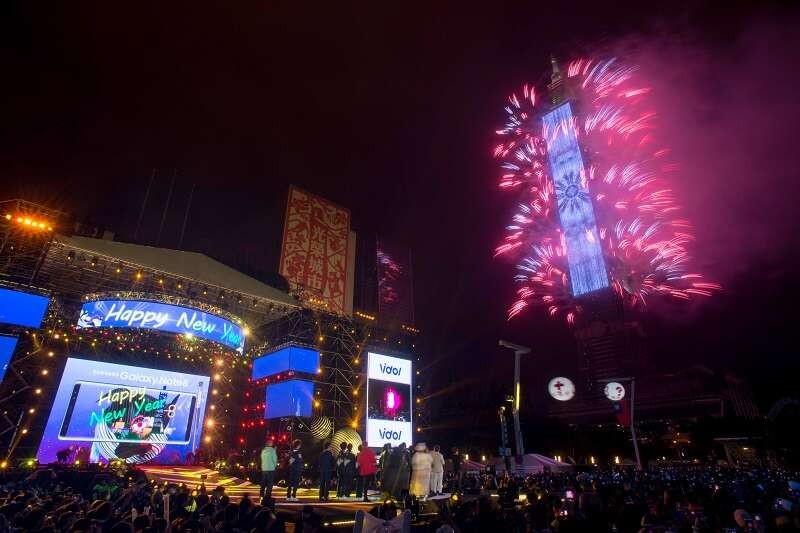 TAIPEI (Taiwan News) — Taipei 101 has scrapped the New Year’s Eve party to be held at its observatory amid tightened coronavirus measures after Taiwan reported a local infection earlier this month.

The party, originally planned for revelers to ring in the New Year on the 89th floor of the landmark skyscraper, has been canceled, reported CNA. The event had been touted as an occasion for participants to take in the renowned Taipei 101 fireworks with a bird’s eye view of the city at over 1,000 feet.

According to Taipei 101, the party was called off amid growing virus transmission concerns and out of consideration for the new COVID-19 prevention rules introduced by the Central Epidemic Command Center (CECC). Refunds are available for all of the 700 tickets sold.

Meanwhile, another New Year’s Eve highlight in Taipei's Xinyi District—the four parties and outdoor marketplace in the plaza around the Shin Kong Mitsukoshi department stores—has also been dropped. Nevertheless, countdown events at the restaurants inside the department stores will remain unaffected, as a real-name visitor system will be implemented.

Taiwan recorded the first local COVID-19 case in 254 days on Dec. 22, a contact of a New Zealander pilot who traversed the city while infectious. The incident sparked an uproar and prompted the CECC to impose stricter quarantine protocols for airline crew members and transmission-mitigation measures for New Year's Eve revelers.

The Taipei 101 fireworks display along with the City Hall New Year’s Eve concert will still go ahead.