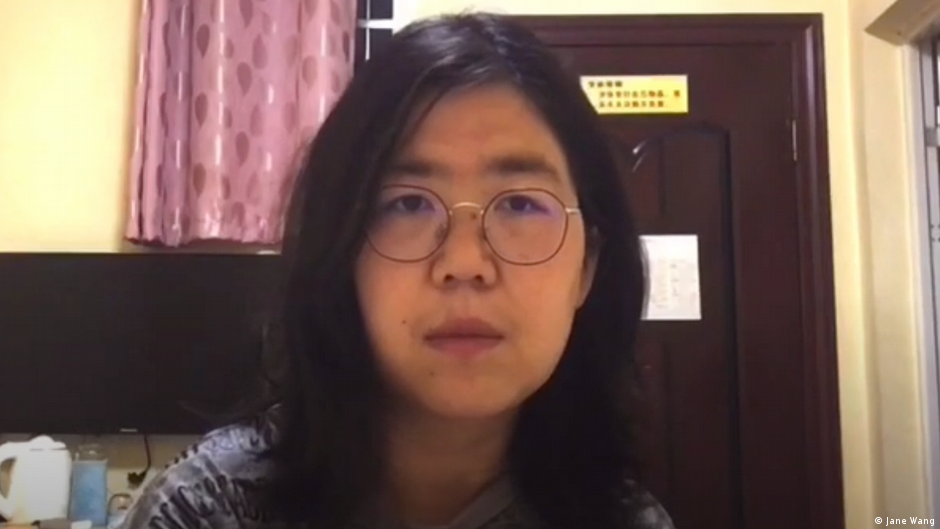 TAIPEI (Taiwan News) — Chinese citizen journalist Zhang Zhan (張展), who covered the coronavirus outbreak in the Chinese city of Wuhan, was sentenced to four years in prison on Monday (Dec. 28).

Zhang, 37, was convicted of “picking quarrels and provoking trouble,” a charge often leveled by Chinese authorities against activists and dissidents, reports said.

The Shanghai-based former lawyer went to Wuhan, where the first COVID-19 cases were reported in China late last year, to report on the outbreak in February through streaming videos and social media posts. She was arrested by the authorities in May and later transferred to Shanghai, where she has been detained ever since.

Zhang’s lawyer previously disclosed that Zhang was in poor health, having to be force-fed after carrying out a hunger strike. She was indicted in November under charges that carry a maximum sentence of five years.

Beijing has stepped up its clampdown on citizen journalists whose coverage laid bare the country's often questionable official response to COVID-19 in its early stages. China has also been criticized by foreign media as well as governments for its delayed and opaque handling of the outbreak.

In addition to Zhang, a number of citizen journalists who have covered the pandemic this year have also been targeted by the Chinese authorities, including Li Zehua (李澤華), Fang Bin (方斌), and Chen Qiushi (陳秋實).

This is not the first time Zhang has been under the scrutiny of the authorities. She was detained in 2019 for her writing about Hong Kong’s pro-democracy protest movement, and she was released two months later.