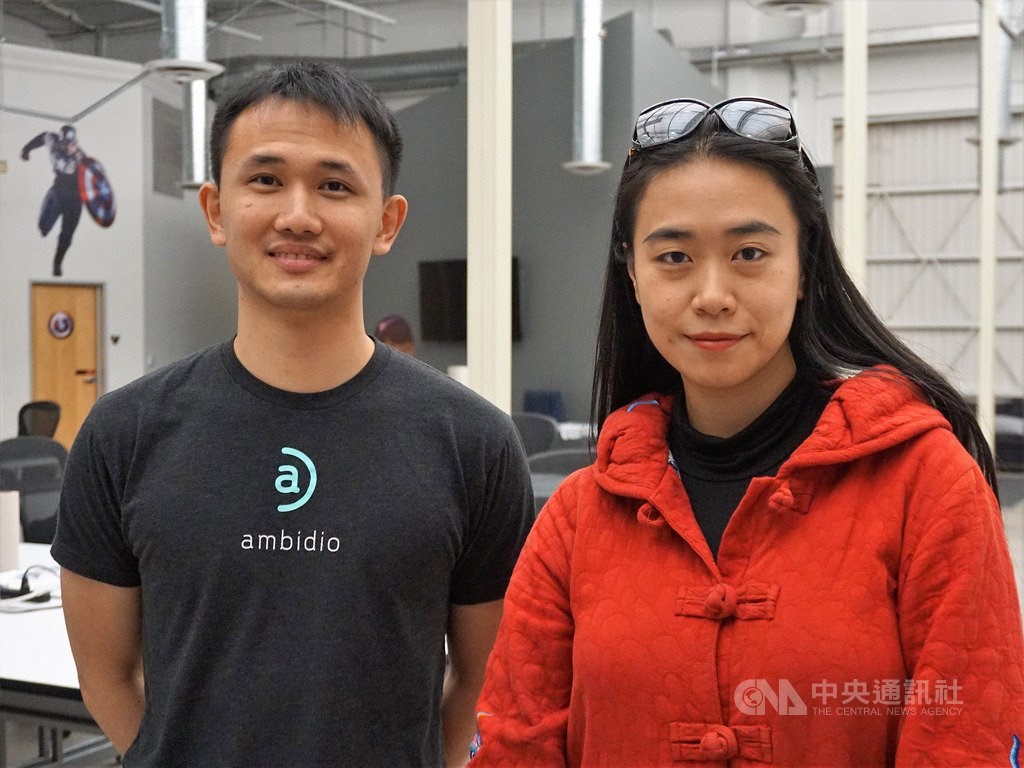 Movie theaters offer immersive cinema experiences that online streaming services simply cannot match, but that edge may be eroding because of an audio technology created by a Taiwanese woman.

Iris Wu (吳采頤), the founder of Los Angeles-based sound company Ambidio, said her technology can create a multi-dimensional sound field with added depth for videos played on any mobile phone, laptop, or TV with stereo speakers without the need for expensive surround sound equipment.

It means that even at home, viewers can feel they are dodging meteor fragments alongside Sandra Bullock in the movie "Gravity" or following Chris Hemsworth to the Bifröst in the movie "Thor: Ragnarok," thanks to the high-quality sound.

"It's like going from a black-and-white canvas to a color one in terms of sound experiences," the 33-year-old Wu told CNA.

"I love innovative technology and the moment I heard Ambidio, the ideas of what it could enable, the experience it would give to music lovers across the world, I had to get involved," will.i.am told Billboard magazine in 2016.

The young company, founded jointly by Wu and her childhood friend Hsieh Pei-lun (謝沛倫) in 2014, has also enlisted Lucasfilm's Skywalker Sound, one of Hollywood's largest audio post-production companies, as a strategic advisor.

"We want to help make artists better story tellers so that the stories they tell are more convincing," Wu said.

The technology works in one of two ways, she explained. It can either be directly embedded into movie and audio files or be applied when the files are put online and played on a streaming service provider in real time.

In either case, the consumer cannot buy the technology to improve the sound of videos they are watching. Instead, it will be up to the content creators to use the software and give viewers the immersive experience they are looking for.

Many have already done that to test viewer feedback, and indications are that viewers are noticing the difference, according to Wu.

She cannot disclose the names of those content creators because of confidentiality agreements signed with them as they gather their own feedback online, but those interested in sampling the sounds for themselves can find clips on Ambidio's website.

Wu did say that Hollywood's Big Six film studios are now using Ambidio software more frequently for their streaming services, and the company is getting involved in more diverse projects, whether movies, music or sports events.

She has also reached out to the Taiwanese market and the first joint project will be a 10-episode coming-of-age TV series, "The Magician on the Skywalk," which will be aired next February on Public Television Service (PTS).

Ambidio ultimately hopes to emerge as the sound standard for the entertainment industry, with its brand name as common a fixture in the business as the ubiquitous Dolby label is today.

The idea to create the technology started when Wu was pursuing her master's degree in music technology at New York University from 2012 to 2014.

Frustrated by her inability to create quality sound for her master's project in her small New York apartment, Wu began experimenting with sound engineering through code rather than hardware and the technology gradually took shape.

After 18 months of exploration, Wu found the key is to trick the brain.

"No matter how many speakers you have, at the end of the day, you only have two ears to receive the sounds," she said.

Given that limitation, Wu started inserting common cues -- including differences in timing, wave forms and resonance -- into audio files that the brain then uses to identify and perceive where different sounds within the audio stream are coming from.

By manipulating the brain, her technology has evolved to offer a range at least three times wider than conventional methods for simulating 3D sound.

Wu's technology won her an Honorable Mention in the Engineering Excellence Award last year from the Hollywood Professional Association (HPA), a trade association established by major post facilities and manufacturers.

Beyond her ambitions for the brand, Wu certainly would not mind if that trickery also gave Taiwan a stronger voice.

Just last month, she helped veteran Taiwanese film re-recording mixer and Cannes winner Tu Duu-Chih (杜篤之) have the chance to speak at the Society of Motion Picture and Television Engineers' Annual Conference, the first Mandarin speaker ever at the century-old organization's annual event.

"There are some good stories in Mandarin-language films that the world doesn't know about," Wu said, believing that by connecting Tu to the technology and the world, the cultural heritage embedded in Taiwanese films, such as vivid cooking sounds that have drawn Hollywood's attention, can be shared more widely.

Looking back, Wu owes her success to good luck and persistence in pursuing her interest.

A zealous guitarist since high school, Wu joined bands and taught in a musical instrument shop after graduating from college, a meandering path that only fueled her determination to follow a music-related career.

"Dare to dream and dare to explore," she said. "Taiwanese people have a lot of potential."