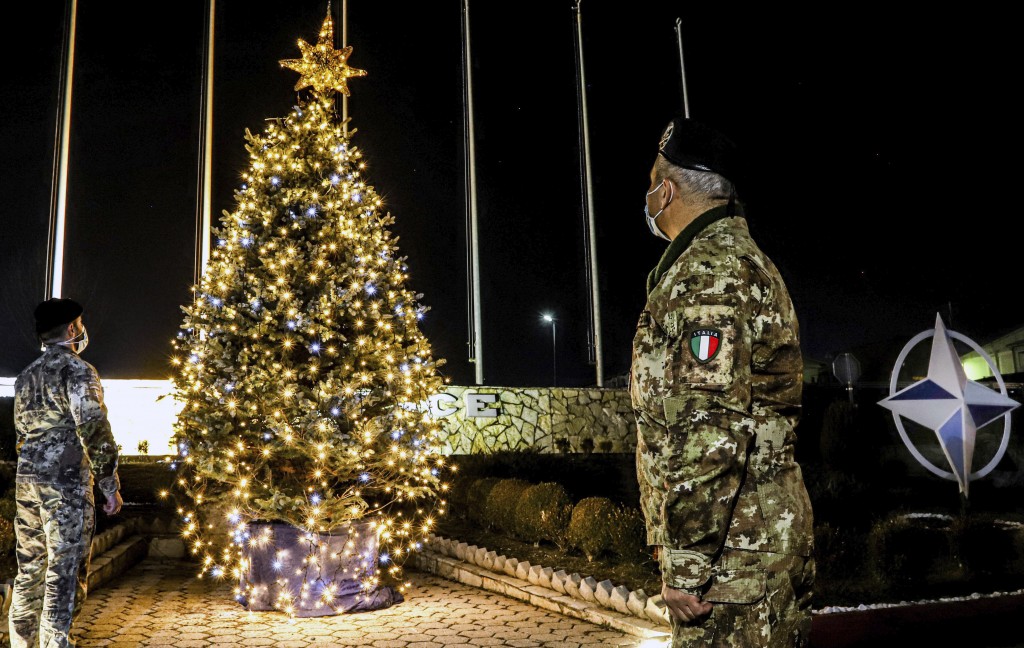 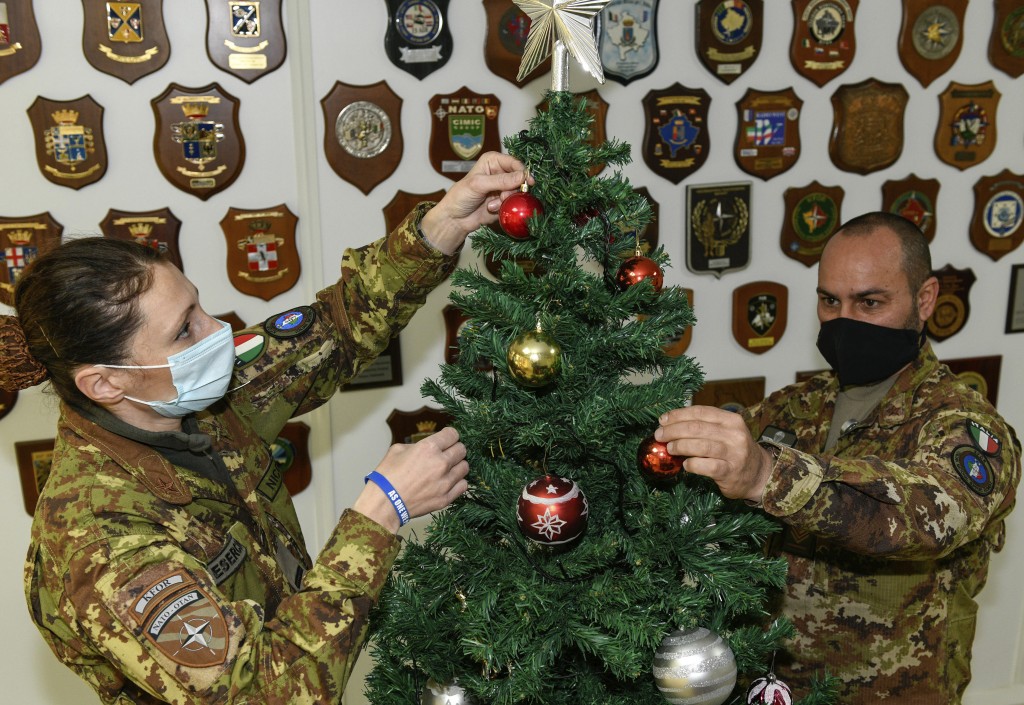 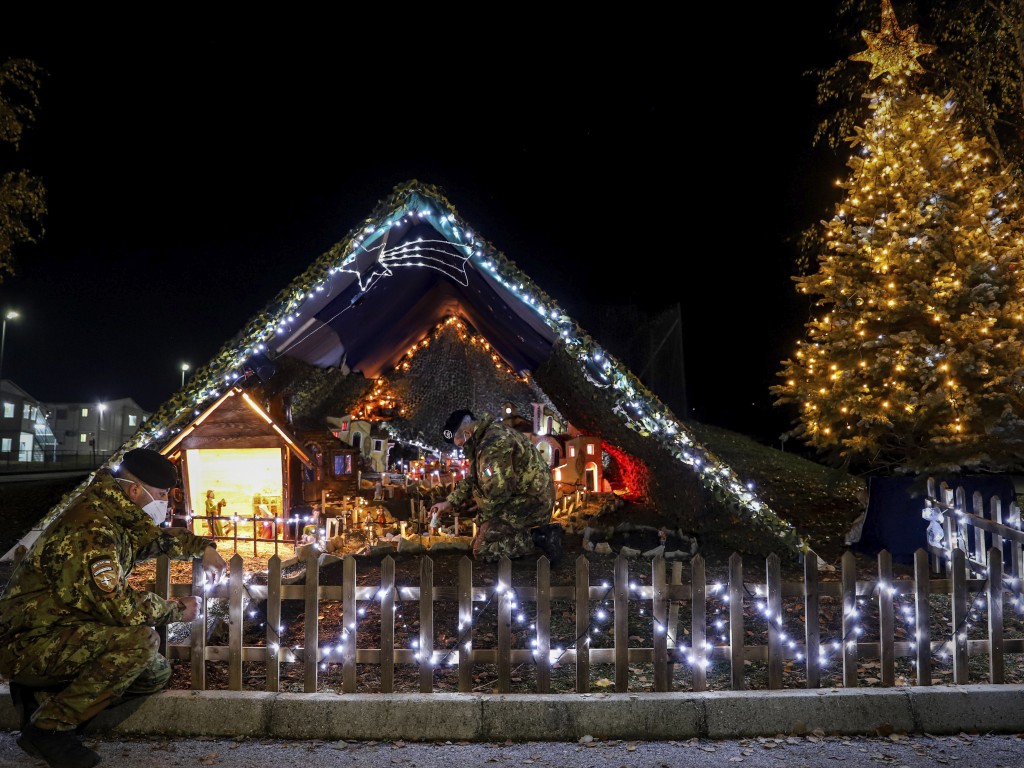 PRISTINA, Kosovo (AP) — The coronavirus pandemic has reshaped the holiday celebrations of NATO's peacekeeping mission in Kosovo but left its role of more than two decades untouched.

The Kosovo Force (KFOR) mission was launched in 1999 at the end of a war between ethnic Albanian separatists and Serbian forces. More than 3,300 troops from 27 countries still are stationed in Kosovo with the goal of keeping the population safe and promoting stability in the Western Balkans.

Kosovo declared independence from Serbia in 2008, a move that Belgrade doesn’t recognize. Leaders from both sides of the conflict have been accused of war crimes. Kosovo's president resigned last month to face charges at an international court in The Hague.

Due to the pandemic, the peacekeeping mission's headquarters in Kosovo's capital, Pristina, has limited access and required masks. Associated Press journalists were not permitted to observe any Kosovo Force Christmas celebrations, including when KFOR's commander, Italian army Maj. Gen. Franco Federici, turned on the lights of a Christmas tree provided by a small Austrian town.

A church service with a limited number of military personnel and a lunch were held instead of the usual big Christmas party.

“I do miss my family,” Mooney, 25, conceded while on patrol in Pristina. “I look forward to talking over Christmas (to them) with video.”

The unusual circumstances created by the coronavirus pandemic were more difficult for Staff Sgt. Luigi Rizzo, 45, who left a young family behind in Rome when he deployed to Kosovo.

“I have a little child who is waiting for me with my wife at home," Rizzo said. "I wish Merry Christmas to them, to my family that supports me here, and I take this occasion to wish you and Kosovo, too, Merry Christmas and the new year that will come with the vaccination, the solution of this problem.”

Kosovo has instituted an 8 p.m. nightly curfew to control infections. While out on patrol, KFOR personnel have encouraged people on the capital's main boulevard to respect virus-prevention measures, not an easy task with crowds out looking at holiday decorations and costumed Santas offering the soldiers fist bumps.

Staff Sgt. Borut Zupevc, of Maribor, Slovenia, is spending his third Christmas away from family. But he said he doesn't remember the holiday season ever requiring so many adjustments or so much solitude. Many meetings among the NATO peacekeepers and with the residents they are in Kosovo to protect were held online or postponed.

“But anyway, it doesn’t affect our mission,” Zupevc said.

Kosovo, a country of about 1.8 million people, has reported more than 49,440 confirmed virus cases and more than 1,270 deaths as of Christmas Eve.