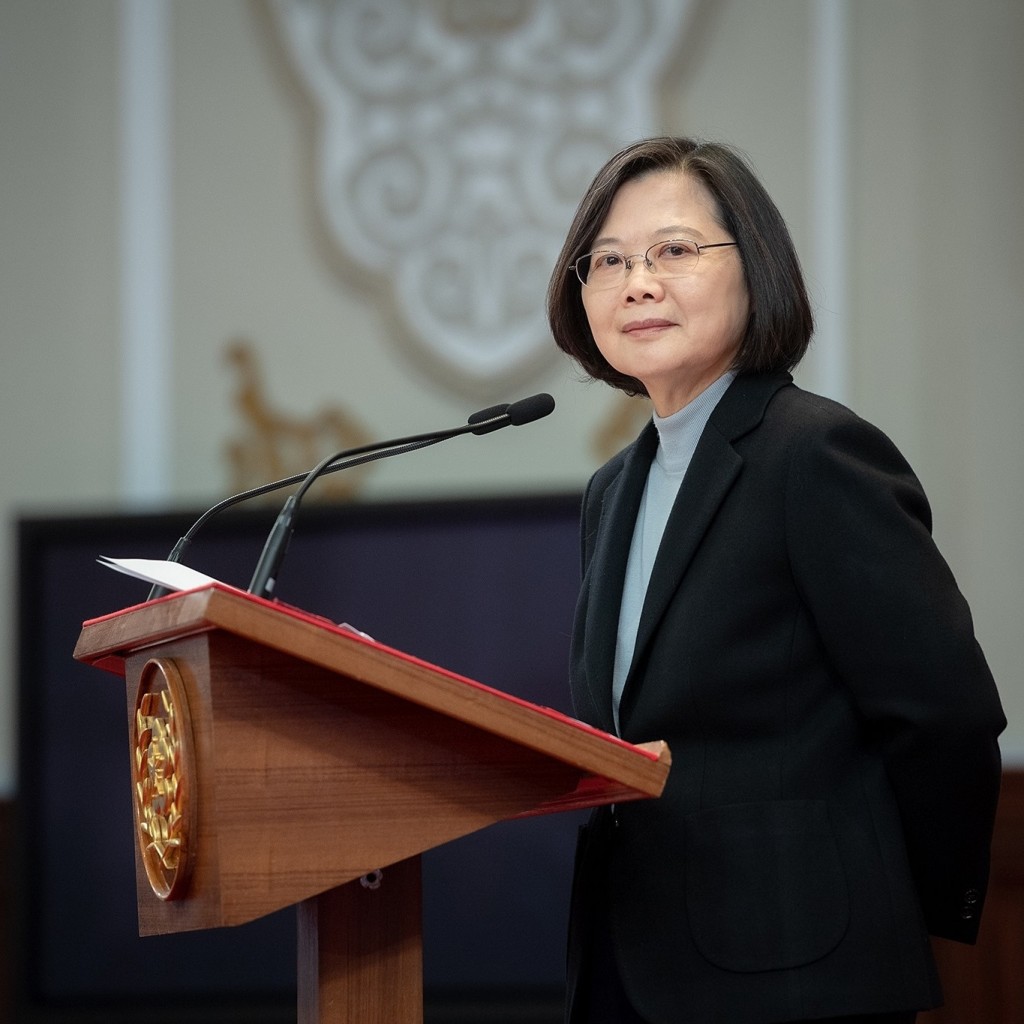 Tsai announced in late August that the country would be dropping its import restrictions on American beef from cattle over 30 months old and pork treated with the beta-agonist growth promotant ractopamine. The KMT has since then launched various anti-ractopamine maneuvers, including blocking legislative votes, pushing local governments to ban U.S. pork from school lunches, and organizing protests.

Tsai took to Facebook that day to defend the decision, saying it had been made after carefully weighing the situation. She refuted KMT accusations that her party has changed its position on the issue since she took office.

The DPP vehemently opposed importing U.S. beef and pork in 2009 and in 2012, respectively, when the Legislative Yuan and presidency were controlled by the KMT.

"The context is very different," Tsai said. "In 2009, the risk of mad cow disease was still dire, as there had been an outbreak only a few years prior, so the DPP was insisting on tight border controls and a clear food labeling system. In 2012, then KMT government wanted to expand market access to ractopamine-treated U.S. pork before an international standard for a safe [level of] residue was finalized, so we disagreed."

She went on to say that in July of 2012, the DPP "gave the nod to ractopamine-treated U.S. beef imports soon after the [international food standards body] Codex Alimentarius Commission adopted maximum residue level standards for the feed additive, though a ban on American pork was upheld due to worries over its impact on Taiwanese hog businesses." The international standards on ractopamine use have evolved, and there has been no report in Taiwan of health problems caused by U.S. beef containing trace ractopamine since then, she added.

Tsai said it is now time to reconsider the ban, as fears have been put to rest and local pork products are returning to international markets after a several-year hiatus following Taiwan's foot-and-mouth disease outbreak. "Food safety measures will remain in place to safeguard people's health."

"After announcing the plan to expand market access to American beef and pork in August, we've received positive feedback from around the world, and the U.S. is eager for further talks on cooperation." "Taiwan is an export-dependent country and to me, no trade agreement would benefit only one party."

Posted by 蔡英文 Tsai Ing-wen on