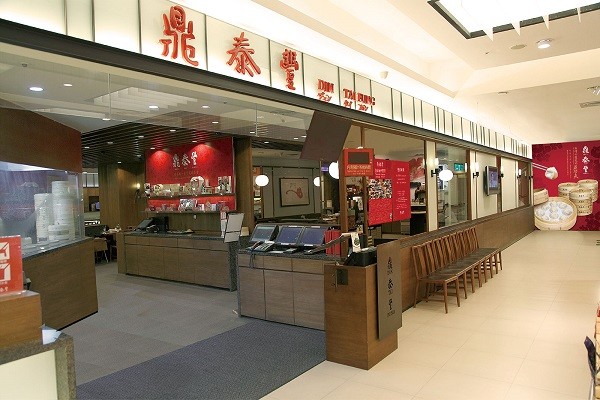 TAIPEI (Taiwan News) — According to a document leaked by a Taipei City Councilor on Wednesday (Dec. 23), the New Zealander pilot behind Taiwan's first local Wuhan coronavirus infection in eight months and his female friend visited Taiwan's famous Din Tai Fung restaurant among other locations in Taipei while both were potentially infectious.

On her Facebook page on Wednesday, Taipei City Councilor Hsu Chiao-hsin (徐巧芯) revealed details of the pair's movements from Dec. 8 to Dec. 10. However, she later removed the list from her page but confirmed the contents with China Times, and a user of the popular online forum PTT posted a screenshot of the list that same day.

It should be noted that during questioning by the CECC, the man claimed he could not recall where he had gone and failed to mention that he had come in close contact with Case No. 771 over the course of six days. For failing to provide truthful information to investigators, Taoyuan's health department announced on Tuesday that the pilot will be fined NT$300,000 (US$10,600) for violating the "Communicable Disease Control Act" (傳染病防治法).

The list of movements combines information gathered by the Taoyuan health department from their interview with the pair, printed in black, and the results of an investigation of their actual movements carried out by the Taipei City Government and Taipei City Police Department based on surveillance camera footage, highlighted in red. For example, during the initial investigation, the woman, surnamed 蘇 (Su), claimed that they had driven directly to Xiangshan, but surveillance camera footage revealed that they had actually taken the MRT from Taipei Main Station to Xiangshan Station and back, according to Hsu.

According to the record of the pair's movements posted by Hsu, at around noon on Dec. 8, the two visited the Shin Kong Mitsukoshi Tianmu Store, where they purchased bread. At 1:50 p.m. on Dec. 9, they parked a car in the parking lot for the Brother Hotel in Taipei's Songshan District, and walked to the Japan-Taiwan Exchange Association, Japan's de facto embassy in Taiwan.

On Dec. 10, they drove to Taipei Main Station and parked in the underground parking lot on the east side of the station at 3 p.m. They then took the MRT Red Line from Taipei Main Station to Xiangshan Station, passing through seven other stations along the way.

They then took the Xiangshan trail to the top of the mountain in the heart of Taipei's Xinyi District to catch a view of Taipei 101. At around 4 p.m. they returned to Xiangshan Station and rode the red line back to Taipei Main Station, where they arrived at 5 p.m. leaving in their vehicle soon after.

From 6:34 p.m. to 7:34 p.m. the pair dined at the Din Tai Fung restaurant in the basement of the Far Eastern Sogo Tianmu Store. In red text, it states that they wore masks.

The last entry on the list, which ended at 7:46 p.m., states that they were seen refueling the car at a CPC Corporation gas station on Chengde Road in Taipei's Beitou District. What was not included in the list was the CECC's report that they visited the Costco Nankan Store in Taoyuan City between 11 a.m. and 12 p.m. on Dec. 11. List of locales the pilot and his friend visited between Dec. 8 - 10 (PTT image)