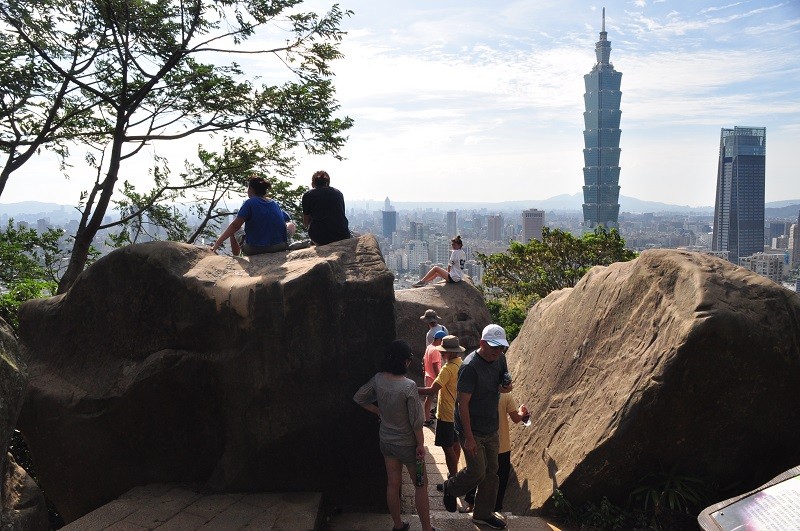 TAIPEI (Taiwan News) — As officials continue to trace the movements of the New Zealander pilot behind Taiwan's first local Wuhan coronavirus infection in eight months, a report surfaced on Wednesday (Dec. 23) that he and his female companion had taken the Taipei MRT to view Taipei 101 from the heart of the city.

Later that day, it was revealed that the woman is an employee of Quanta Computer Inc., (廣達電腦). According to a police investigation carried out on Dec. 21, the New Zealander had been in close contact with Case No. 771 from Dec. 7 to Dec. 12.

On Wednesday, Taipei City Councilor Hsu Chiao-hsin (徐巧芯) revealed details of the pair's movements. She said that on Dec. 10, they drove to Taipei Main Station and parked in the underground parking lot on the east side of the station at 3 p.m., reported ETtoday. They then took the MRT's red line from Taipei Main Station to Xiangshan Station, passing through seven other stations along the way.

They then took the Xiangshan trail to the top of the mountain in the heart of Taipei's Xinyi District to catch one of the best views of Taipei 101. At around 4 p.m. they returned to Xiangshan Station and rode the red line back to Taipei Main Station, where they arrived at 5 p.m. leaving in their vehicle soon after.

Because they had returned to Taipei Main Station near the evening rush hour, a large number of people had already gathered for their commute back home.

The duo then drove to the Far Eastern Sogo Tianmu Store, where they had dinner. According to Hsu, during the initial investigation, the pair claimed that they had driven directly to Xiangshan, but surveillance camera footage revealed that they had actually taken the MRT from Taipei Main Station to Xiangshan Station and back.