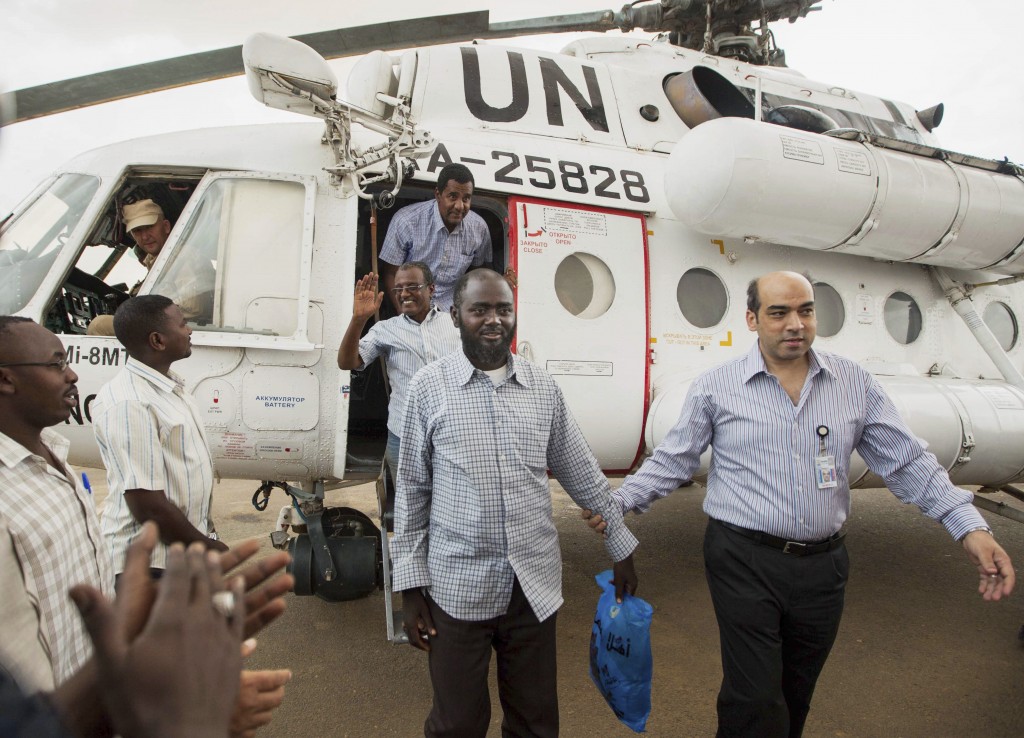 The council voted unanimously late Tuesday not to extend the mandate of the joint mission, known as UNAMID. In June, the Security Council unanimously approved replacing it with a much smaller and solely political mission, which will be known as United Nations Integrated Transition Assistance Mission in Sudan, or UNITAMS.

The UNAMID force, established in 2007, was the first joint U.N.-AU peacekeeping operation. It now has well over 6,000 military and police personnel and more than 1,500 civilian staffers.

The Sudanese government has been pressing for UNAMID to expire at year's end, a request that obtained the backing of Russia, Niger, South African, Tunisia and St. Vincent and the Grenadines in a council meeting earlier this month.

Several Western nations have urged more time before UNAMID's exit, with Germany’s ambassador to the U.N., Christoph Heusgen, warning that Sudan is at “a critical juncture” and “the transition process could still derail.”

Sudan is on a fragile path to democracy after a popular uprising led the military to overthrow autocratic President Omar al-Bashir in April 2019, after nearly three decades of rule. Since then, the country has been led by a joint military-civilian government, which has been struggling to end Sudan’s decades-long civil wars and overcome the country’s dire economic conditions.

The International Criminal Court has charged al-Bashir, who’s been imprisoned in Sudan since his ouster, with war crimes and genocide over the conflict in Darfur. The country’s transitional authorities earlier this year said wanted individuals would face justice before the ICC, without mentioning al-Bashir by name.

The Security Council also called on U.N. Secretary-General Antonio Guterres to complete the withdrawal of UNAMID by June 30 next year, and to quickly ensure a “phased, sequenced and efficient" transition to UNITAMS.

It urged Sudan’s government to “fully and swiftly” implement its plan to provide protection to civilians in Darfur. The government has already started to deploy a 12,000-strong Civilian Protection Force to the region as part of a peace deal it struck with the Sudan Revolutionary Front, a coalition of several armed groups.

The Security Council called on the transitional government to work to “build confidence of local communities in the ability of the rule of law institutions to deliver justice, ensure accountability and provide legal protection to vulnerable communities."

In an interview with The Associated Press earlier this month, Jeremiah Mamabolo, the joint U.N.-African Union envoy for Darfur, cautioned that mistrust still runs deep in the troubled region.

He said that although the major fighting in Darfur has stopped, sporadic intercommunal clashes in the region have increased this year.

The Darfur conflict began in 2003 when ethnic Africans rebelled, accusing the Arab-dominated government in Khartoum of discrimination. The government has been accused of retaliating by arming local nomadic Arab tribes and unleashing the militias known as janjaweed on civilians — a charge it denies.

In recent years, as the result of a government's military campaign, the insurgency has been reduced to a rebel Sudan Liberation Army faction headed by Abdul Wahid Elnur in Jebel Marra.

The decision by the Security Council came as hundreds of protesters in Darfur, mostly displaced children and women, have protested for over two weeks against the end of UNAMID.

The ICC’s prosecutor Fatou Bensouda called earlier this month for Sudan to match its commitment to justice in Darfur with action, starting with unimpeded access for the tribunal’s investigators to witnesses, crime scenes and other evidence in the region.