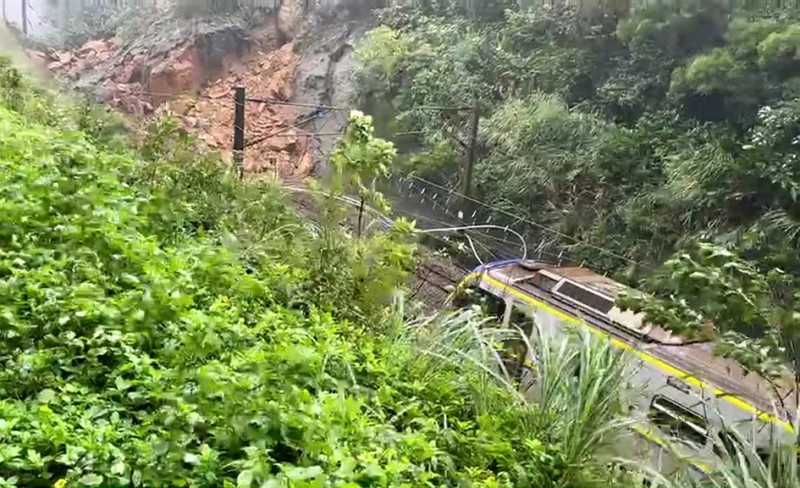 TAIPEI (Taiwan News) — Taiwan has put in place a nationwide landslide warning mechanism that will sound the alarm for people in high-risk areas next year as the country steps up disaster control efforts.

The service was announced in Taipei Wednesday (Dec. 23) at a presentation for the government’s disaster mitigation program to grapple with ever more frequent, climate change-triggered extreme weather events. The four-year program, which commenced in 2017, is led by the Council of Agriculture Soil and Water Conservation Bureau (SWCB), at a budget of NT$3.4 billion (US$121 million), wrote CNA.

The task force is working to design a standard operating procedure involving mobile SMS alerts and evacuations for locations deemed to be the greatest risk. The service will be available for 12 locations in the first phase in 2021 and expanded to cover 98 places within six years.

Based on research by the SWCB, the high-risk spots are likely to see slope movement with accumulated precipitation of 1,000 centimeters. A yellow alert will be issued as an advance warning when rainfall reaches 600 to 700 cm, activating evacuation measures, followed by a red alert as rainfall hits the catastrophic level of 1,000 cm.

Taiwan is one of the few countries, including Japan, that have invested much in mudslide research. The country learned a lesson when a deadly mudflow event claimed nearly 500 lives at Kaohsiung’s Xiaolin Village (小林村) in 2009, triggered by an unprecedented amount of rainfall brought by Typhoon Morakot.