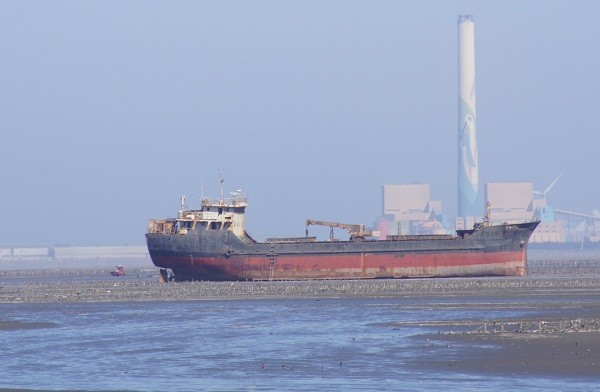 TAIPEI (Taiwan News) — A stranded cargo ship off the coast of central Taiwan's Changhua County has become a new social media hot spot, though local authorities are urging people to think twice before venturing into the water.

The Sierra Leone-flagged Donghai 696 (東海696), a 50.5-meter freighter, encountered mechanical problems soon after it sailed out of the Port of Taichung in October of last year, according to CNA.

The ship anchored about 2.8 kilometers off the harbor for repairs. However, when Typhoon Mitag hit Taiwan, the ship was blown off anchor, drifted southward, and became stranded off the coast of Changhua's Shengang Township.

After the ship owner’s attempt to tow the stranded ship off the sand during high tide failed, the massive ship has remained there ever since.

The ship has unexpectedly become a photo hot spot. People wade two kilometers across the beach during the low tide for a photo op with the stranded freighter and share their pictures on Facebook and Instagram.

Coast Guard Administration central branch official Liao Wei-ching (廖偉清) said that since the ship has been trending on social media, people from other parts of the country have also come to pay it a visit. However, some of the visitors have been stranded by rising tides and had to call the Coast Guard for assistance. Others even drove their cars onto the beach only to get stuck in the mud.

Liao said the spot where the ship is stuck is within the Shegu area, which has been listed by the county’s Fire Bureau as a danger zone.

As incidents of people getting stranded in the Shegu area have become more frequent, the Coast Guard is working with the Fire Bureau to dispatch more personnel to patrol the area on weekends and put up signs urging the public not to venture onto the beach just to take photos. 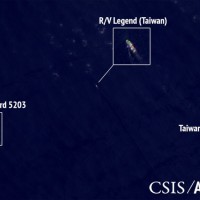 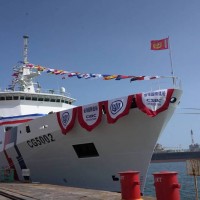 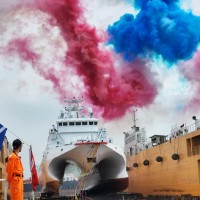