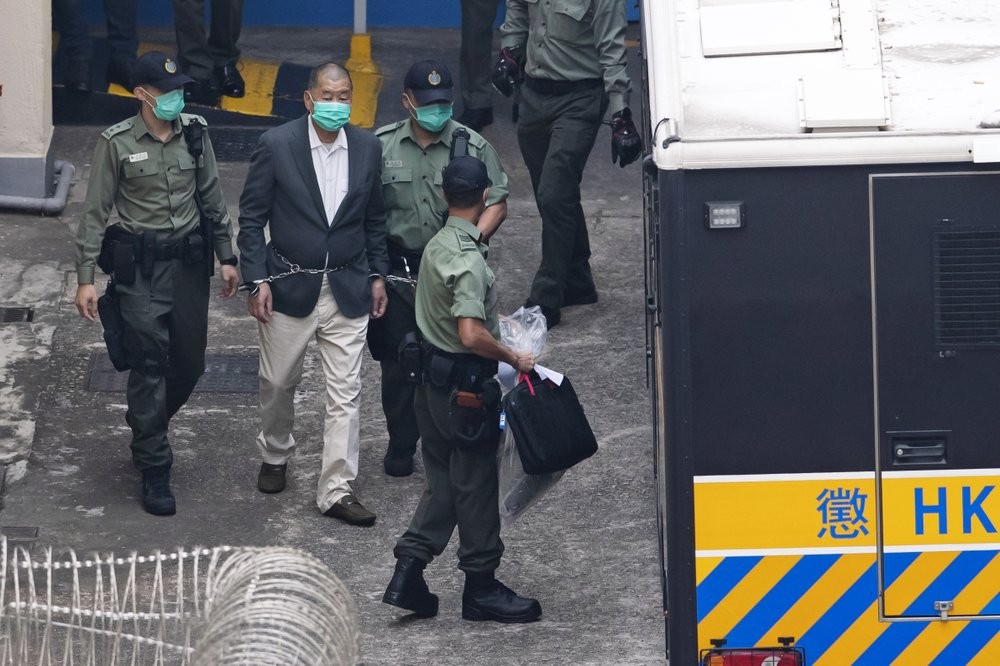 TAIPEI (Taiwan News) — Hong Kong media tycoon Jimmy Lai (黎智英) was freed on bail Wednesday (Dec. 23) after 20 days in detention after being accused of fraud and of “collusion with foreign forces” under the Chinese territory’s new National Security Act.

While he was allowed out after posting a HK$10 million (NT$36.33 million, US$1.3 million) bond, the outspoken democracy supporter is still under house arrest, the South China Morning Post reported.

Lai, 73, who founded the clothing retail chain Giordano, Next Magazine, and Apple Daily, had previous two requests for bail rejected before Wednesday’s decision by the High Court.

His predicament led to worldwide expressions of support but also of concern for the state of free speech in Hong Kong, with American Secretary of State Mike Pompeo and Taiwanese President Tsai Ing-wen (蔡英文) issuing messages of sympathy.

The fraud accusations refer to a land deal, while the allegation of collusion is targeted at Lai’s tweets and Apple Daily editorials about international sanctions against China for its repression of Hong Kong.