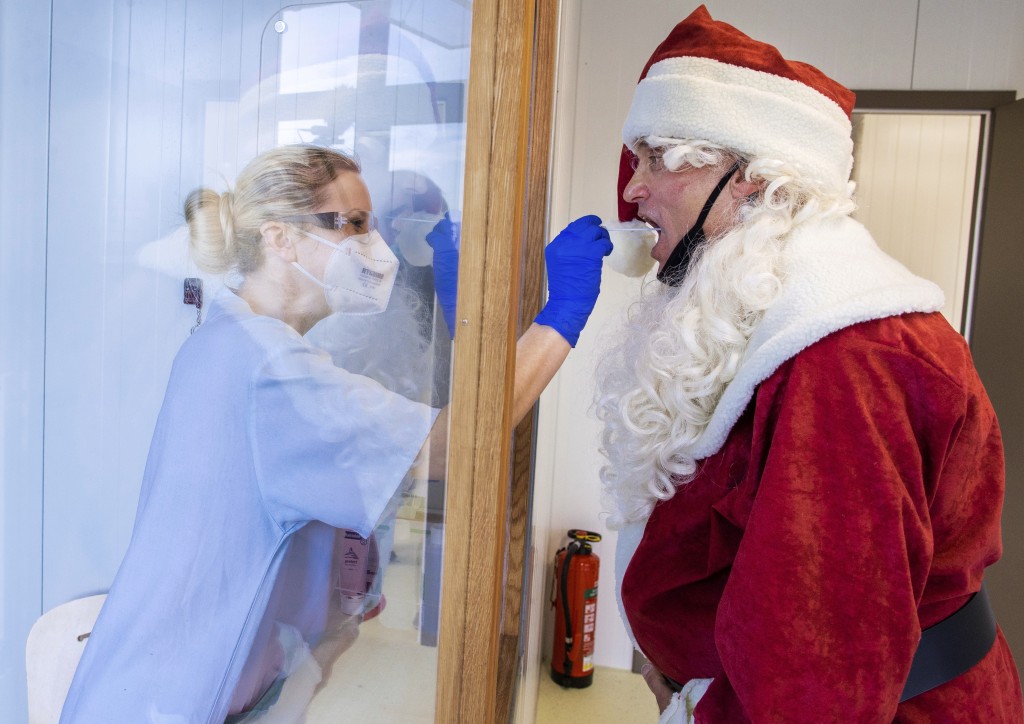 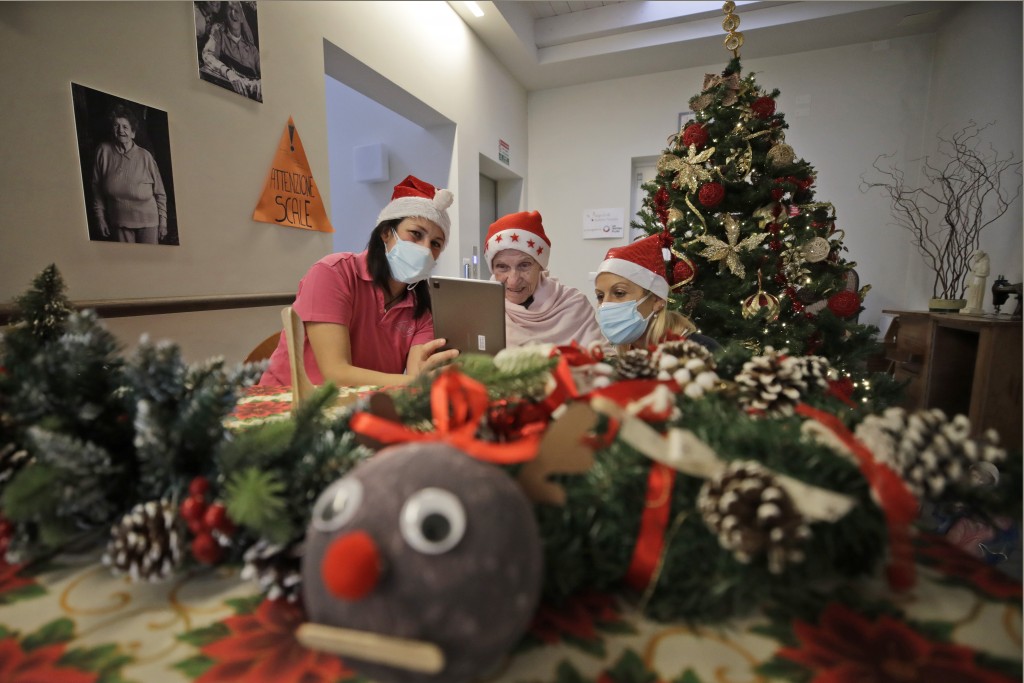 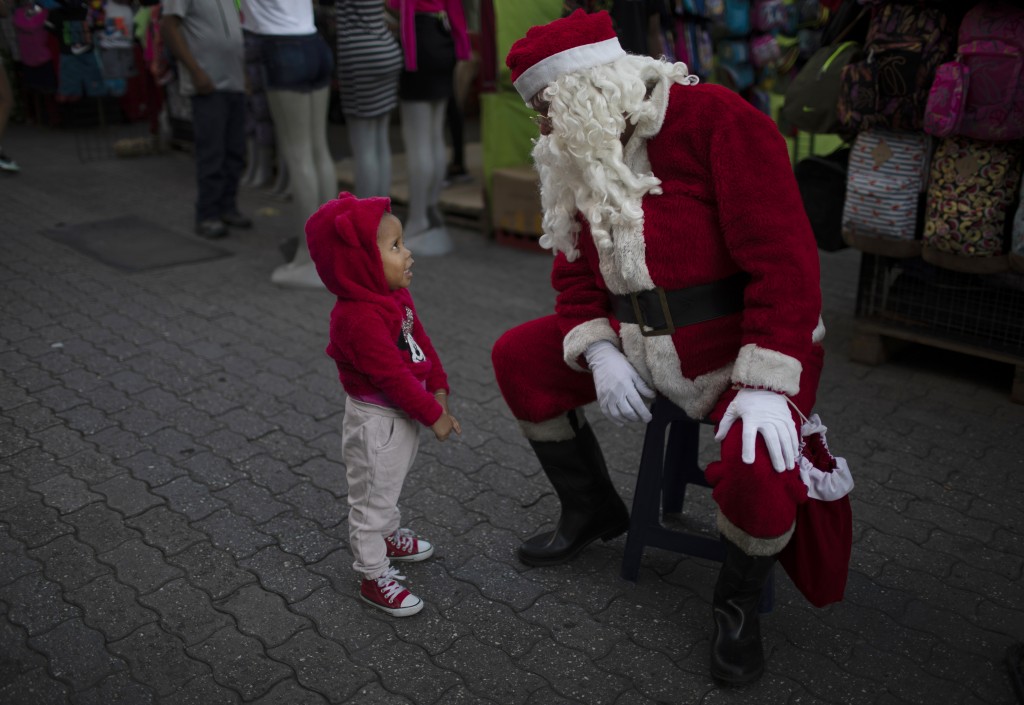 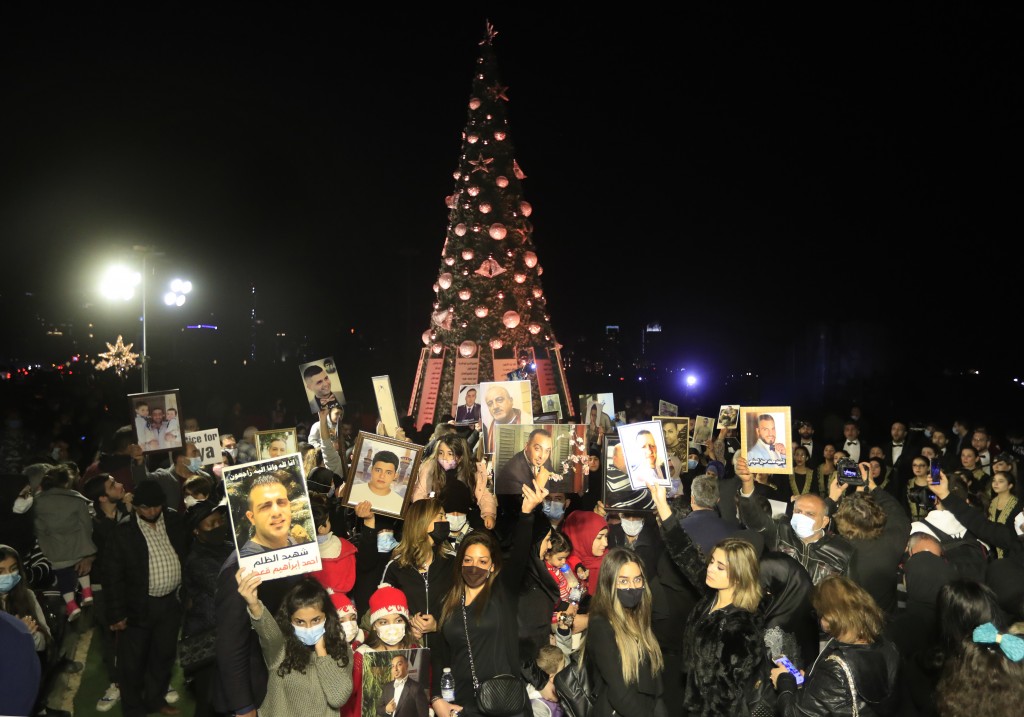 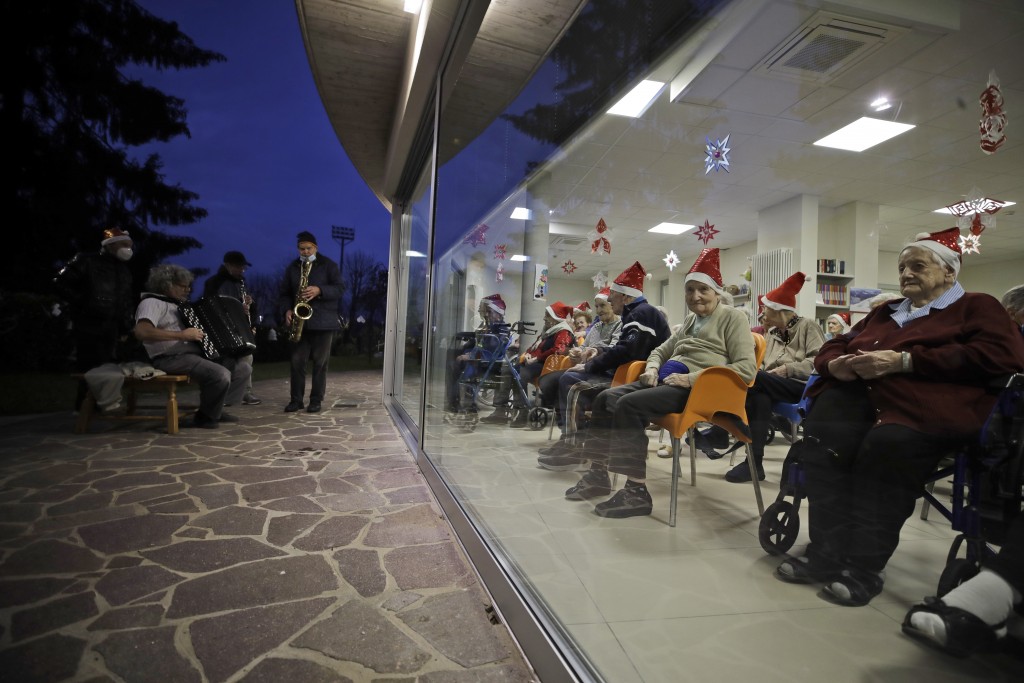 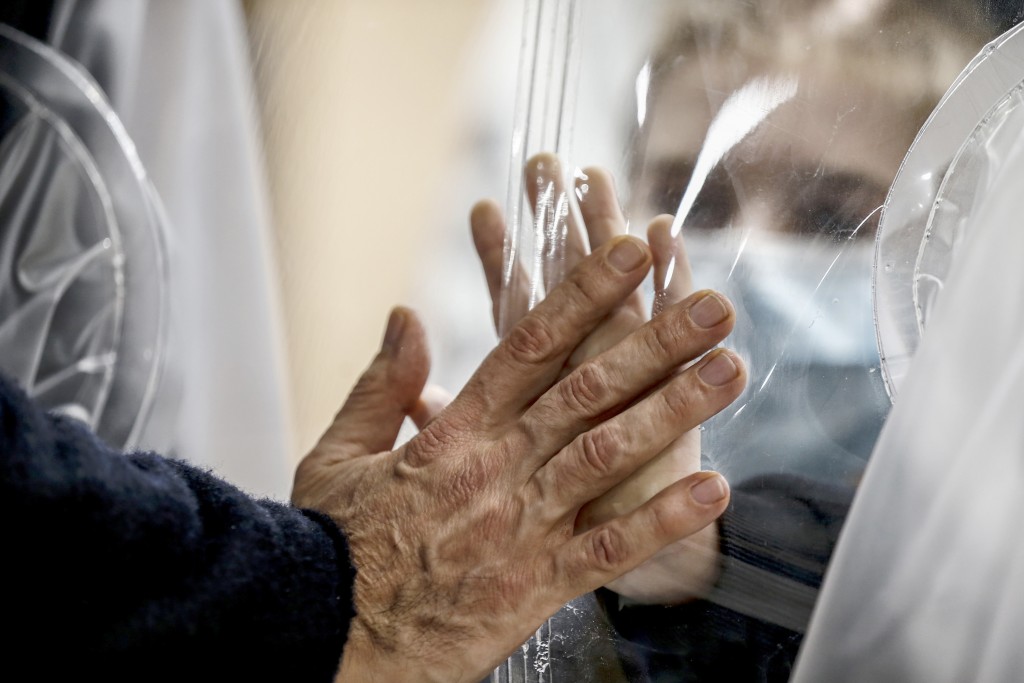 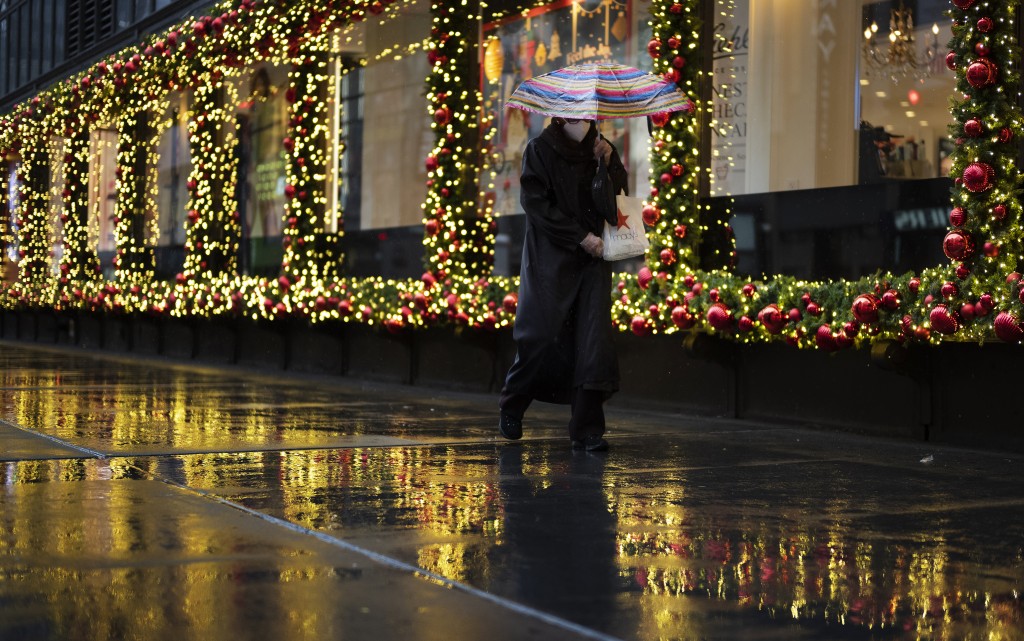 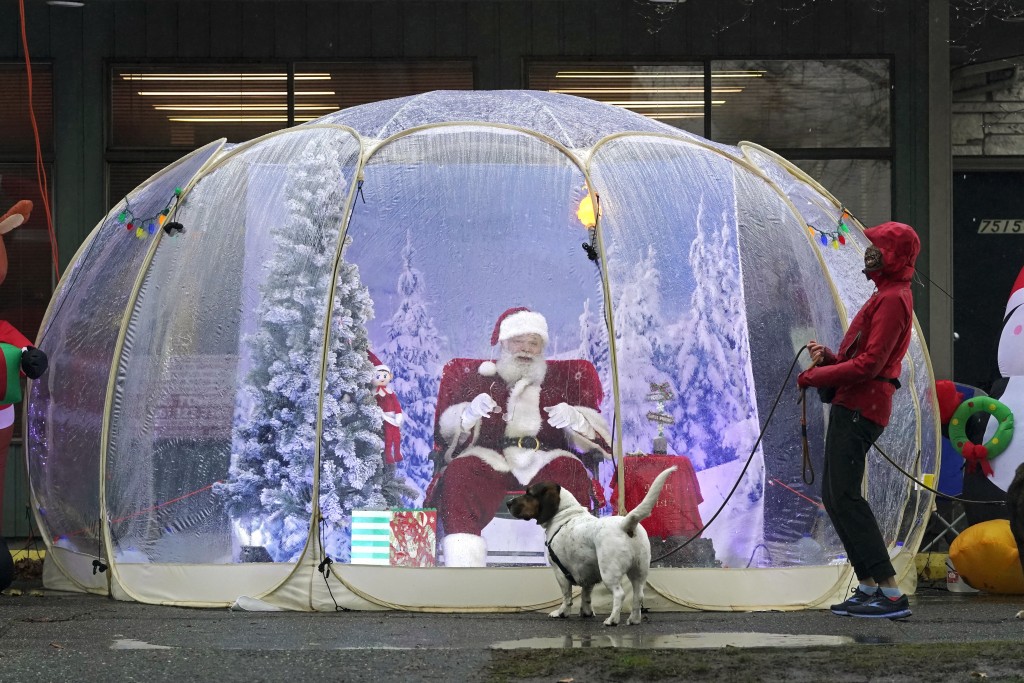 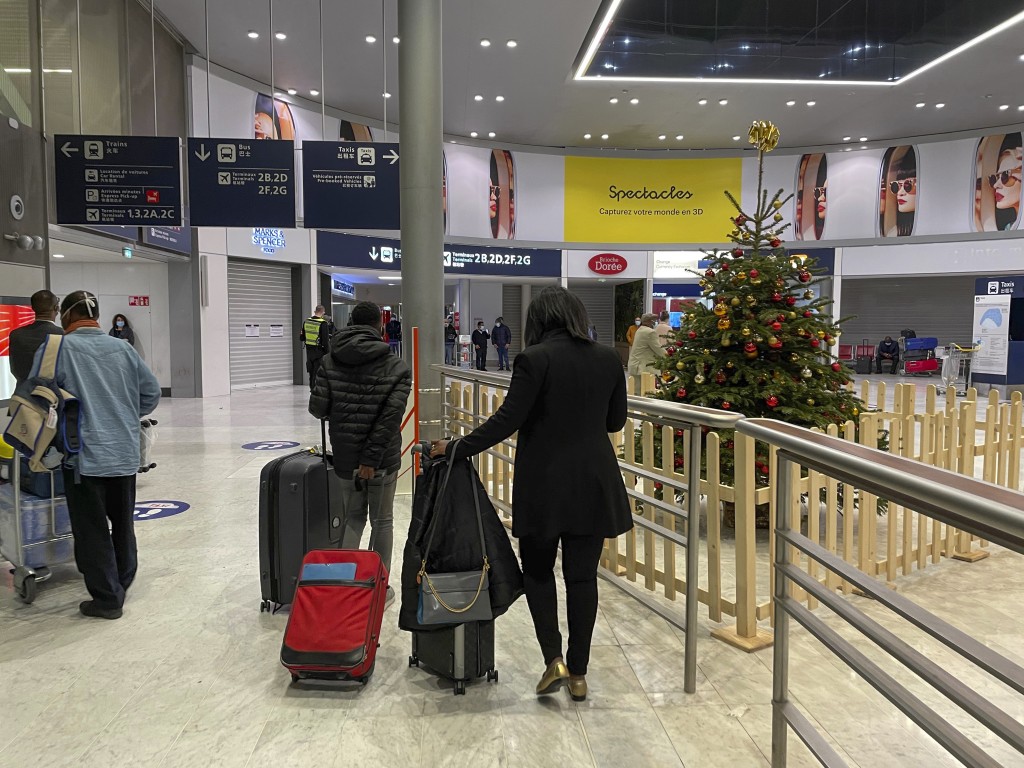 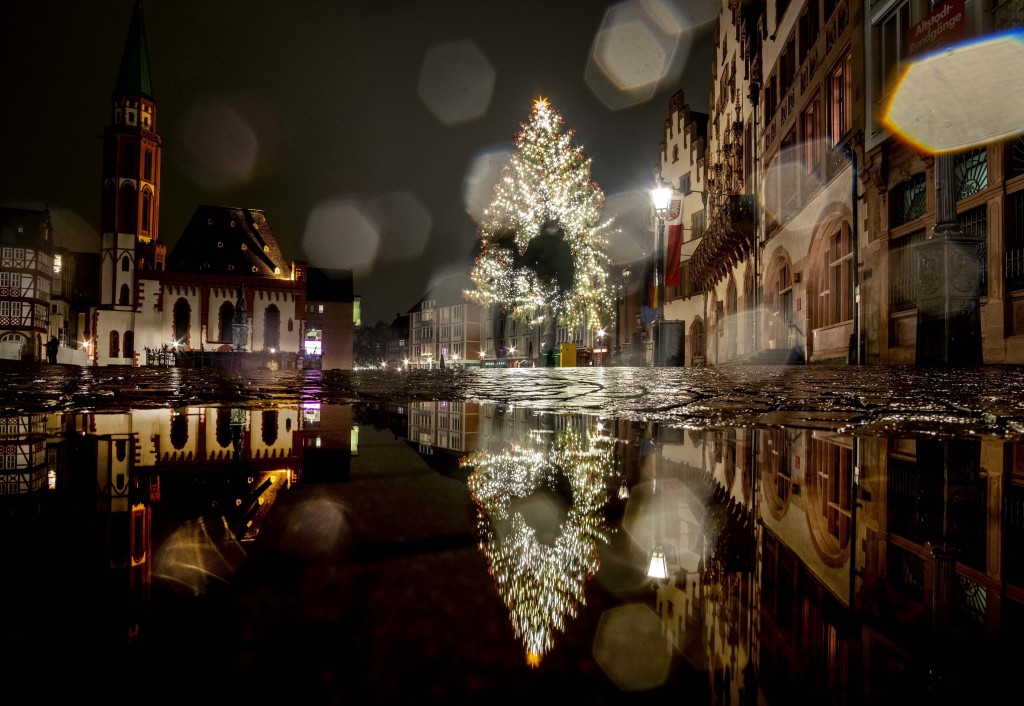 Montserrat Parello lost her husband eight years ago, and Christmas gatherings with children and grandchildren had helped her deal with her loneliness. But this year, the 83-year-old will be alone for the holiday at her home in Barcelona, due to the risk of infection from the coronavirus.

“In these days of pandemic, I feel loneliness and anger,” Parello said, expressing fears that “I will leave this life devoid of affection, of warmth.”

All most people wanted for Christmas after this year of pandemic uncertainty and chaos was some cheer and togetherness. Instead many are heading into a season of isolation, grieving lost loved ones, worried about their jobs or confronting the fear of a new potentially more contagious virus variant.

Residents of London and surrounding areas can't see people outside their households. Peruvians won't be allowed to drive their cars over Christmas and New Year to discourage visits even with nearby family and friends. South Africans won’t be able to go to the beach on Christmas Eve, Christmas Day or New Year’s Day.

The patchwork of restrictions being imposed by local and national governments across the world varies widely — but few holiday seasons will look normal this year.

People the world over are facing wrenching decisions — to see isolated elderly relatives despite the risk or to miss one of the potentially few Christmases left in the hopes of spending the holiday together next year.

The United States has not issued nationwide travel restrictions, leaving that decision to state governments, but a federal agency is advising people to stay home.

Michelle Dallaire, 50, an attorney in Idlewild, Michigan, said this would be her first Christmas away from her father, who lives in northern Virginia. They’ve always gotten together with family for the holidays but decided it wasn’t worth the risk this year.

“It’s sad, but better than never seeing him again,” said Dallaire, who has health issues that also make her particularly vulnerable to the virus.

In Brazil, which has the world's second-highest virus death toll after the United States, Francisco Paulo made a similar decision to skip a visit to his elderly mother in Sao Jose do Belmonte, in Pernambuco state. The 53-year-old doorman will work the holiday instead at a building in Sao Paulo.

"Now I’m hoping to drive there (to Pernambuco) in May, and crossing my fingers that she’ll be vaccinated by then,” Paulo said. “It isn’t a happy Christmas, but at least I’m healthy and so are all the people I love.”

The virus has been blamed for more than 1.7 million deaths worldwide, and many are still grieving — or worried about loved ones in hospitals or nursing homes as the virus surges anew. But some who have survived sickness — and everything else that 2020 has thrown at them — are looking to rejoice.

Dr. Elisaveta Tomova, an anesthesiologist in North Macedonia, is exhausted after months of helping women with the virus give birth and caring for her 26-year-old son, who became infected himself.

“I have faced a nine-headed monster, and my son and I have beat it,” the 54-year-old said. “All I need now is my family to be around me, to celebrate in silence and to fill my heart with joy.”

Many people head into the holidays facing financial uncertainty after lockdowns to slow the spread of the virus have decimated economies.

Matteo Zega, a 25-year-old Italian chef who has worked in Michelin-starred restaurants, lost a job offer in France when bars and restaurants there were ordered to remain closed until mid-January. He's hoping to start an internship in Copenhagen — as long as restrictions don't scupper that plan, too.

“It makes me stressed,” Zega said. “But at the end of the day, I wouldn’t complain when there are so many people suffering or dying. You can lose many things: jobs, money. But I’m here, I’m healthy.”

In recent weeks, many countries tightened restrictions in the hopes of bringing the spread of the virus under control so that the rules could be relaxed for Christmas. But that has not worked in many places.

In Italy, which has Europe’s highest confirmed death toll and where many have fallen into poverty following lockdowns, the government has imposed even more restrictions.

The four nations of the U.K. – England, Scotland, Wales and Northern Ireland – have all ditched their original Christmas plans of a window to see family. Hopes that a vaccine could stop the spread were high just weeks ago when Britain was the first country to roll out a rigorously tested shot, but now an aura of dread hangs over the holiday as daily new infections soar.

Adding to the gloom, a new variant of the virus is surging around London and its surrounding areas. Dozens of countries have banned travel from Britain in response.

For Matt Balch, a 40-year-old Australian who lives outside London, the ability to ditch the Christmas plan came as almost a relief. Balch was set to go to his in-laws' home in Wales with wife, Kelly, and their two young children.

“The prospect of being in a car for six hours each way with a 3-month-old and a 2-year-old filled me with dread,” he said.

But James Wren, who works in Hong Kong’s finance industry, was downbeat about his change of plans. He was initially going to fly home to Ireland — but the rapidly changing travel and quarantine policies, coupled with the uncertainty in the coronavirus situation both in Hong Kong and abroad, led him to cancel.

“This is my first time ever not being with my family for Christmas, even though I have lived outside of Ireland for many years, so it was an extremely upsetting decision to make,” he said.

While many countries tightened restrictions, Lebanon, with the largest percentage of Christians in the Mideast, was actually easing them despite rapidly growing cases. It made that decision to boost an ailing economy and alleviate despair exacerbated by a devastating port explosion in Beirut in August.

But even that provided no relief to some.

“It will be a disaster after the holidays,” said Diala Fares, 52. “People are acting like everything is normal, and our government doesn’t care.”

Amid all the gloom, at least some children can rest assured that Santa Claus is still coming to town.

Dr. Anthony Fauci, the top U.S. infection disease specialist, said during a CNN special program with Sesame Street characters that he had been to the North Pole and vaccinated the man himself.

Associated Press journalists from around the world contributed.