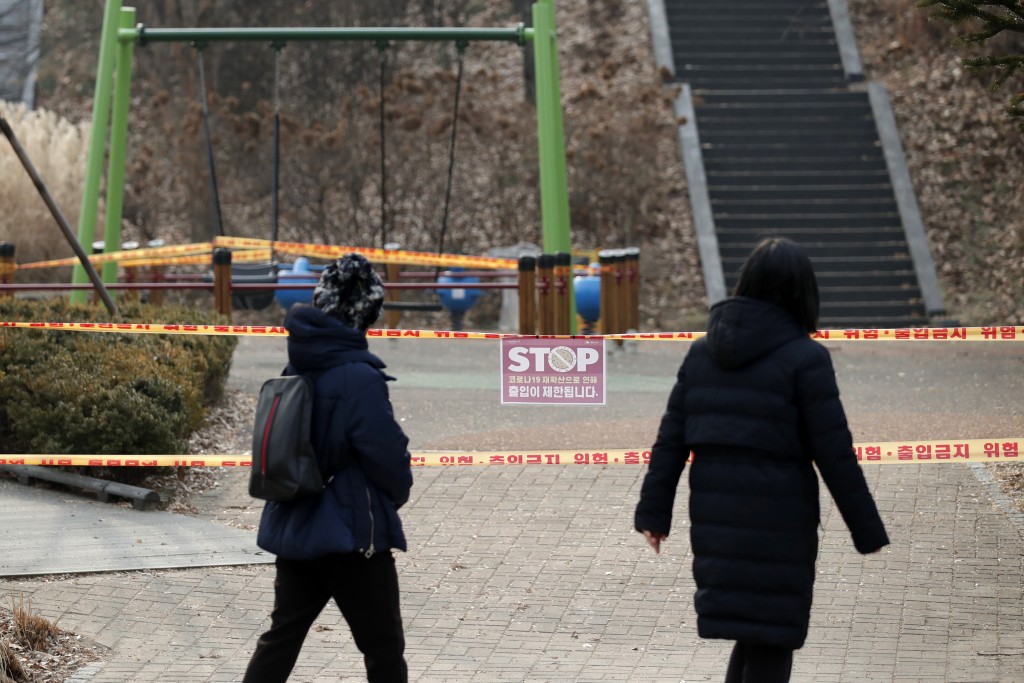 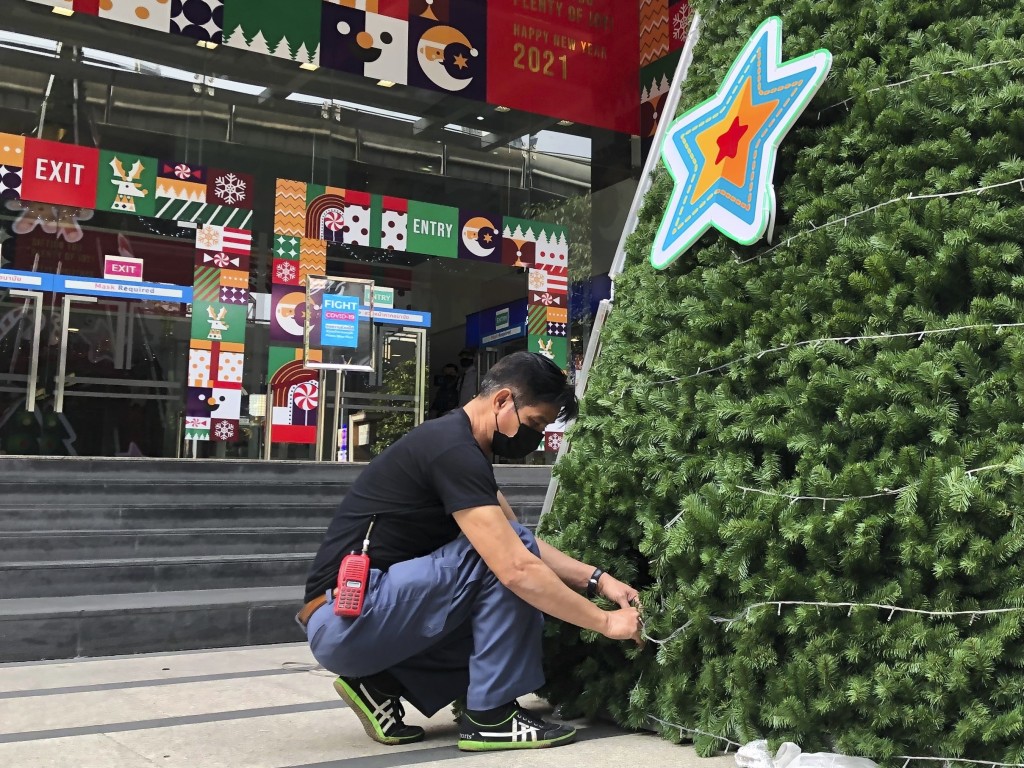 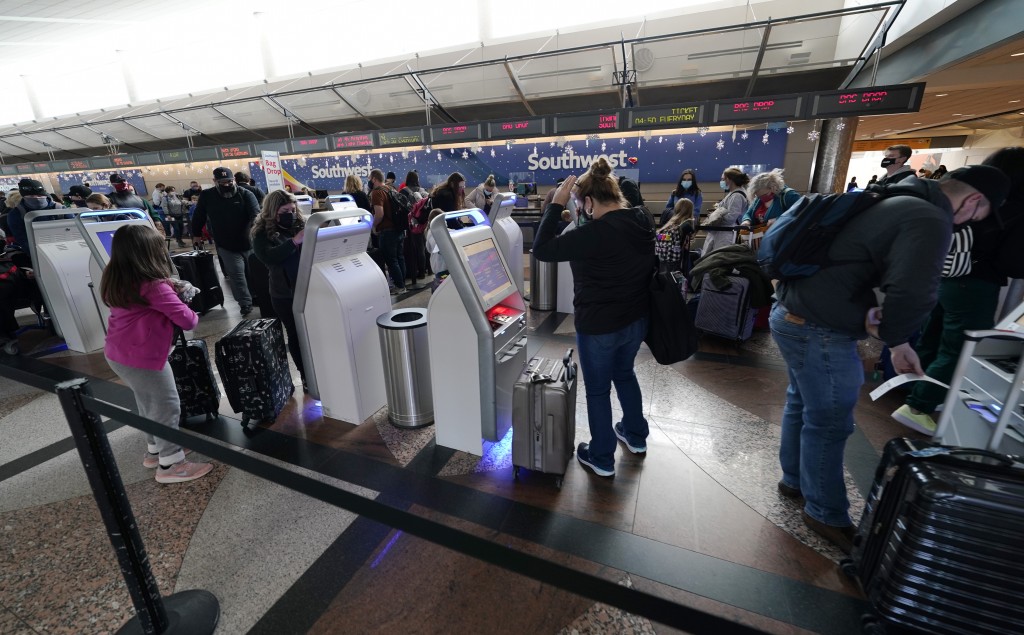 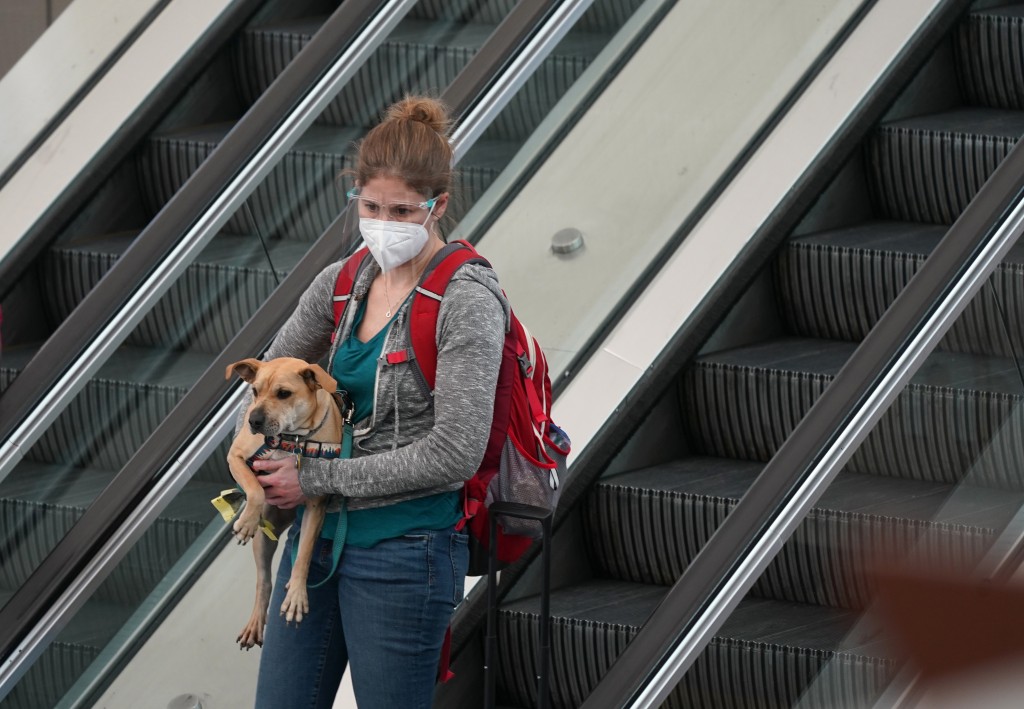 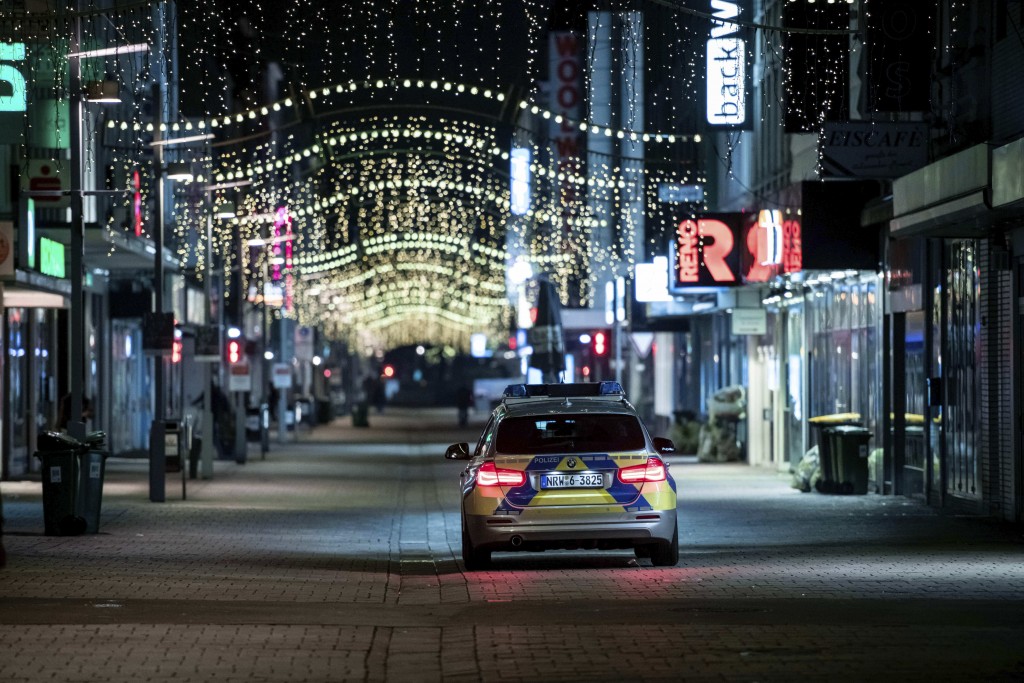 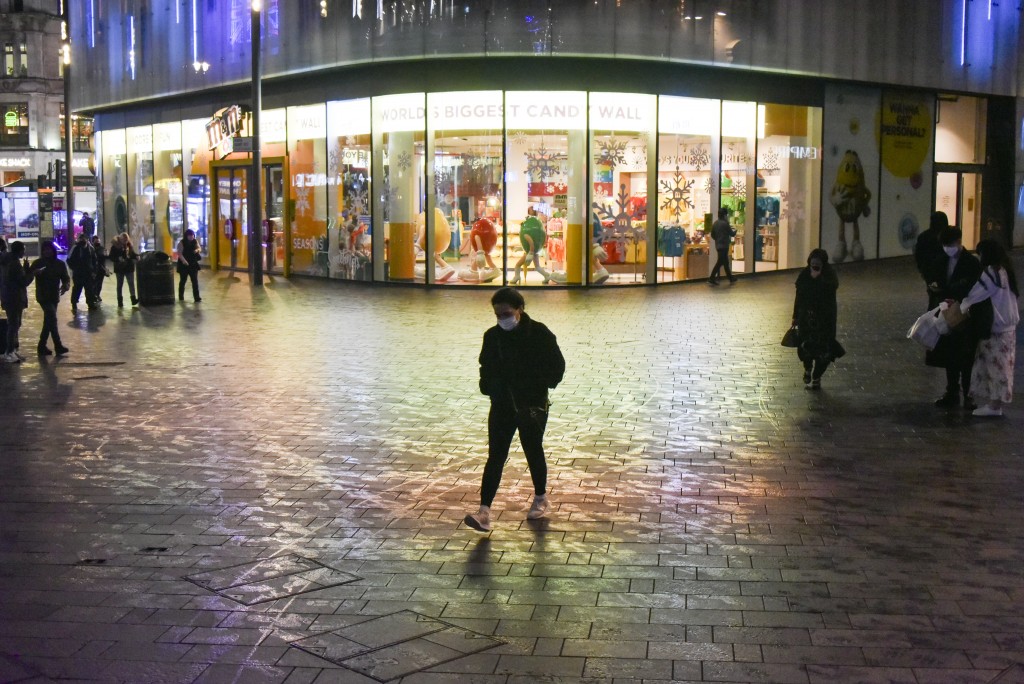 The ruling follows growing alarm that the use of pork gelatin, a common vaccine ingredient, may hamper vaccination among Muslims who consider the consumption of pork products “haram,” or forbidden under Islamic law.

If there are no alternatives, Council Chairman Sheikh Abdallah bin Bayyah said that the coronavirus vaccines would not be subject to Islam’s restrictions on pork because of the higher need to “protect the human body.”

The council added that in this case, the pork gelatin is considered medicine, not food, with multiple vaccines already shown to be effective against a highly contagious virus that “poses a risk to the entire society.

— US close on deal with Pfizer for millions more vaccine doses

— Trucks waiting to get out of Britain are backing up for miles and people are stranded at airports as many countries impose stringent travel restrictions over concerns about a new strain of the coronavirus that authorities say may spread more easily.

— Thailand is being challenged by an infection cluster among migrant workers after keeping the coronavirus largely in check for most of the year.

— The U.N. epidemiologist who denounced the removal of a report on Italy’s coronavirus response says he is suffering retaliation for having spoken out.

SEOUL, South Korea — South Korea has added 1,092 new coronavirus cases in a resurgence that is erasing hard-won epidemiological gains and eroding public confidence in the government’s ability to handle the outbreak.

The national caseload has jumped by a quarter in the last two weeks alone, the death toll is rising and the number of sick patients is raising concerns of a shortage in intensive care beds.

South Korea had been seen as a success story against COVID-19 after health workers managed to contain a major outbreak in its southeastern region in the spring. But critics say the country gambled on its own success by easing social distancing restrictions to help the economy.

LIMA, Peru — Peru has passed 1 million confirmed cases of coronavirus infection. It is the fifth nation in Latin America to report that number as the region struggles with the pandemic’s economic and health effects.

Peru’s government was quick to declare lockdown measures for its 32 million people last March as the pandemic spread in Europe. But in spite of closing its airports for almost six months and ordering most of its residents to stay at home it has struggled to contain the virus.

Officials say they had recorded 1,000,153 cases as of Tuesday evening.

More than 37,000 people have died from COVID-19 in Peru. That gives the Andean nation the world’s second highest per capita death toll from the pandemic, according to data compiled by John Hopkins University.

MEXICO CITY — Mexican officials have reported a new daily high in confirmed coronavirus cases as the country awaits its first shipment of vaccine.

The Health Department reported 12,511 infections Tuesday, bringing the total to almost 1.34 million since the pandemic began. The number of confirmed COVID-19 deaths rose by 897 to almost 119,500, though because so little testing is done in Mexico officials estimate the real death toll is closer to 180,000.

Hundreds of health care workers are being flown into Mexico City from less hard-hit states since the capital has become the epicenter of the country’s pandemic. Roughly 86% of the city’s hospital beds are in use, and authorities are racing to open expansion facilities.

Foreign Relations Secretary Marcelo Ebrard says Mexico expects to receive its first shipment of the Pfzier-BioNTech vaccine Wednesday. Priority will be given to front-line health workers and the elderly.

The latest figures were reported Tuesday by the Navajo Department of Health for the reservation that extends over parts of Arizona, New Mexico and Utah. The Navajo Nation has reported 755 deaths since the pandemic hit.

The Health Department says the first doses of the recently approved vaccine made by Moderna have arrived at the Navajo Area Indian Health Service.

The Navajo Nation is in a three-week lockdown requiring all residents to stay home except for dealing with emergencies, shopping for essentials like food and medicine or traveling to an essential job.

SYDNEY — Authorities in Australia have announced a temporary relaxation of pandemic restrictions for most of the Sydney area, allowing unlimited numbers of children to attend Christmas gatherings despite a cluster of coronavirus cases linked to the city’s northern beaches.

While Sydney residents will still be limited to 10 for gatherings, children under age 12 will not be counted in that number from Thursday through Saturday.

The northern beaches region at the heart of the virus cluster has been under stricter restrictions since Saturday. That region was divided in two Wednesday, with the lower part under a less severe lockdown.

The governor said Tuesday that while the state’s existing capacity has been able to manage the current caseload, there could be a spike in cases following the Christmas holiday, as there was after Thanksgiving. He says that “we have to be ready for whatever comes in January.”

He says the “alternative care sites” will provide a total of 124 new beds and cost $7.4 million.

Hutchinson says there are 1,103 people now hospitalized in Arkansas for COVID-19. He says the state has had 205,048 confirmed or suspected coronavirus infections so far, with 3,338 deaths.

Officials are concerned that fewer people are getting tested, leading to a false picture of the virus’ prevalence in Wisconsin. Some 6,852 people were tested in the preceding 24 hours, compared to about 20,000 a day in mid-November.

The governor says the deal with Vault Medical Services takes effect immediately, and anyone can order an at-home saliva test through the Department of Health Services website. The person will take a sample as a Vault testing supervisor looks on via a Zoom connection and return the sample using a prepaid label. Results will take two to three days.

Edwards’ rules were toughened in late November. They were set to expire Wednesday, but he is renewing them through Jan. 13.

He says that “it remains a very perilous situation for the state with respect to COVID.”

The state health department says at least 22,000 hospital workers and EMS employees in Louisiana have received their first of two vaccinations so far.

TUNIS, Tunisia — Tunisia is extending its curfew until Jan. 15 to cover the New Year’s holiday and urging people not to hold end-of-year festivities or travel around the country to slow the virus spread.

Health Minister Faouzi Madhi announced the decision Tuesday, saying the country has seen an average of 50 virus-related deaths per day over the last quarter of this year. He blamed the infections on growing complacency toward masks and social distancing.

The head of the Pasteur Institute in Tunis, Hachemi Louzir, said that the country has not registered any cases of the new virus variant identified in Britain so far. Tunisia suspended all flights with Britain, South Africa and Australia this week because of new, apparently more contagious virus variants.

ATLANTA — Georgia Gov. Brian Kemp says the state will again use a convention center for patient beds amid a surge in coronavirus cases that is straining hospital capacity.

The Republican governor said Tuesday the Georgia World Congress Center will have 60 beds and should be able to take patients starting next week. He expects the center to serve as an overflow hospital through January.

Kemp said the virus remained a threat despite the rollout of a vaccine. He encouraged residents to meet virtually over the holidays or gather outdoors with just a few people in the same household.

The convention center has served as a hospital before during the pandemic. In April, the state signed a contract to build a 200-bed health care facility at the site.

BOISE, Idaho — The governor of Idaho says the state is in a race to get people vaccinated against the coronavirus while simultaneously limiting its spread long enough to avoid running out of healthcare capacity.

Republican Gov. Brad Little said Tuesday that the vaccination program is a high priority for him and Idaho Department of Health and Welfare Director Dave Jeppesen.

Little says the state on Tuesday received 28,000 doses of a recently approved vaccine from Moderna Inc. That is in addition to the 23,700 doses the state has been receiving from Pfizer-BioNTech.

The first round of vaccines is going to an estimated 130,000 front-line healthcare workers and people in long-term care facilities.