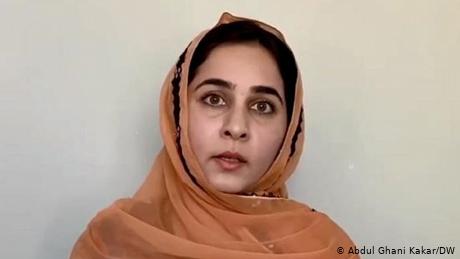 Karima Mehrab, a Pakistani human rights activist who had fled Pakistan to Canada in 2015, was found dead in Toronto, Canadian police revealed on Tuesday.

Mehrab disappeared near Lake Ontario on Sunday. The 37-year-old activist's body was found near Toronto's downtown waterfront on Monday.

Mehrab, also known as Karima Baloch, was a critic of human rights abuses in Pakistan and a supporter of autonomy for Balochistan, the southwest region of Pakistan.

The region has been dealing with various levels of insurgency and witnessed a number of terror attacks in the past 15 years. Meanwhile, Baloch separatists have been fighting the Pakistani state, seeking to separate what they see as their homeland from the Islamic Republic.

Karima Baloch was also critical of the ISI, Pakistan's intelligence agency, which has been accused of abducting human rights activists inside Pakistan.

Baloch, who once featured on the BBC's annual list of 100 inspirational women, fled Pakistan after terrorism charges were leveled against her.

However, the police also said that it was difficult to tell from the autopsy if her death had been the result of a crime, an accident or suicide.

Lateef Johar, a friend of Baloch, told news agency AP that he did not believe her death was suicide or an accident.

"Her family can't believe that it was an accident or something else as we know she was threatened; her friends and family members were previously abducted and killed," said Johar.

Johar told the BBC that Baloch had recently received anonymous threats saying that someone would send her a "Christmas gift" and "teach her a lesson."

Similar incidents with other Baloch activists

Karima Baloch's disappearance and eventual death bears similarities to that of Sajid Hussain Baloch, a Pakistani journalist, who went missing on his way from Stockholm to Uppsala in March. His body was found on April 23 in the Fyris River, outside Uppsala.

Sajid Hussain had settled in Sweden in 2017 after fleeing Pakistan in 2012. He escaped Pakistan after receiving threats related to his reporting on the separatist conflict in Balochistan province.

It is not yet clear who abducted and killed Sajid Hussain Baloch and Karima Baloch.

Amnesty International called for an investigation into Karima Baloch's death. "The perpetrators must be brought to justice without recourse to the death penalty," said the organization.

The Pakistan High Commission in Canada said that it has approached the Canadian government to determine the cause of her death.