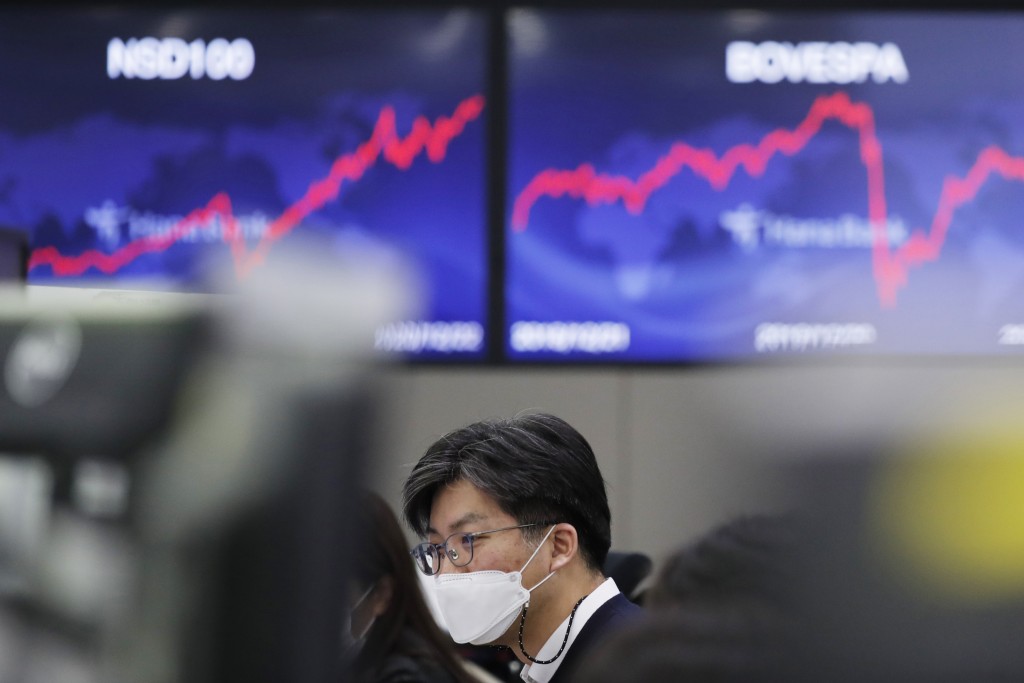 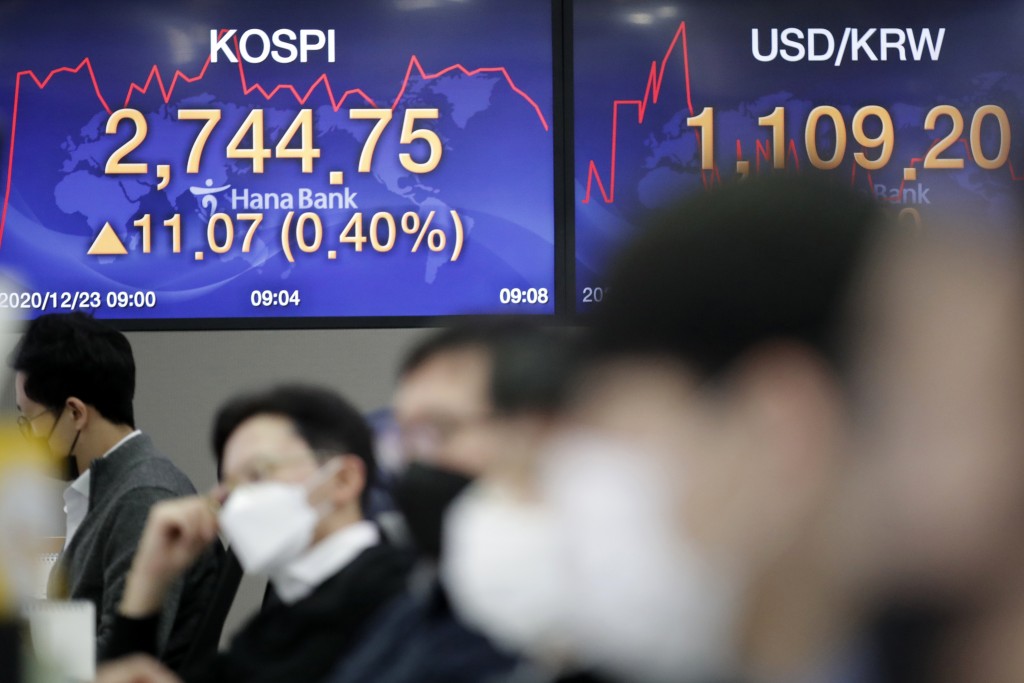 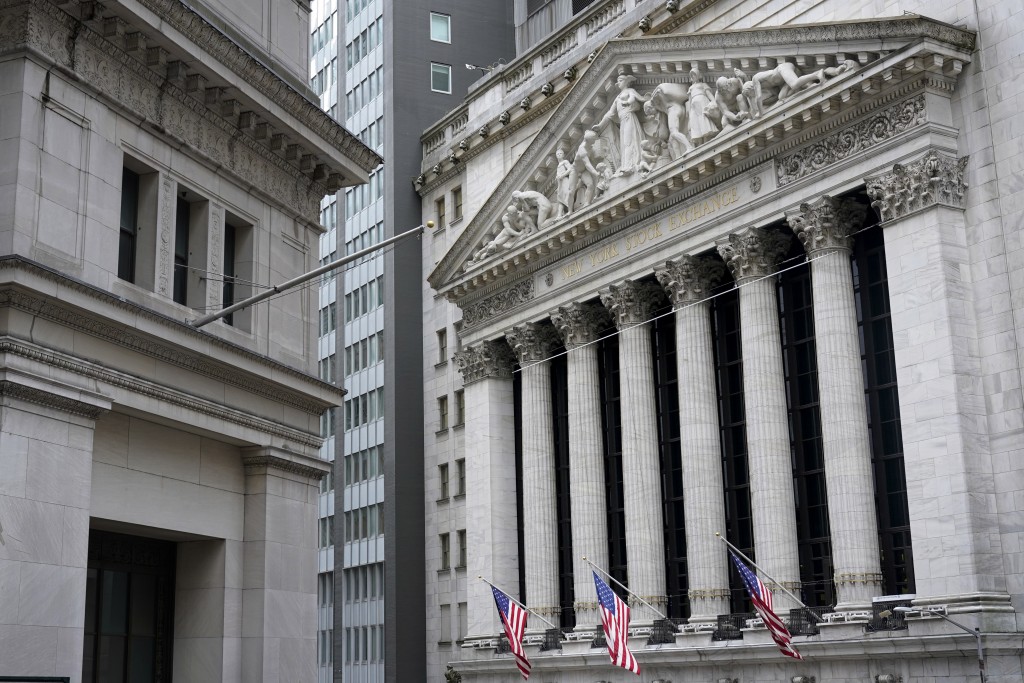 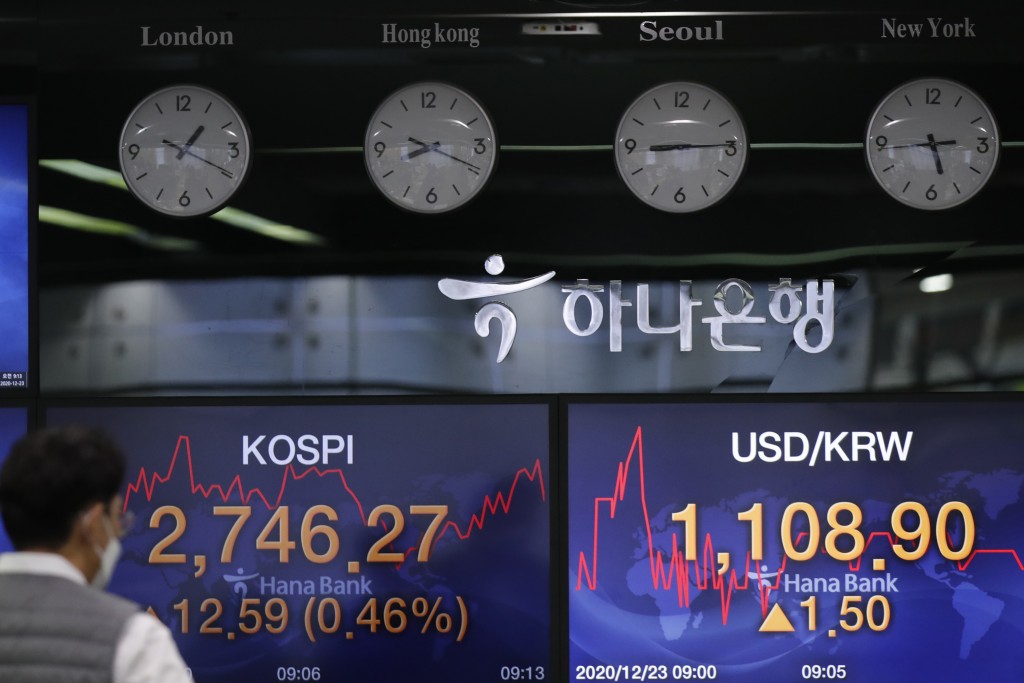 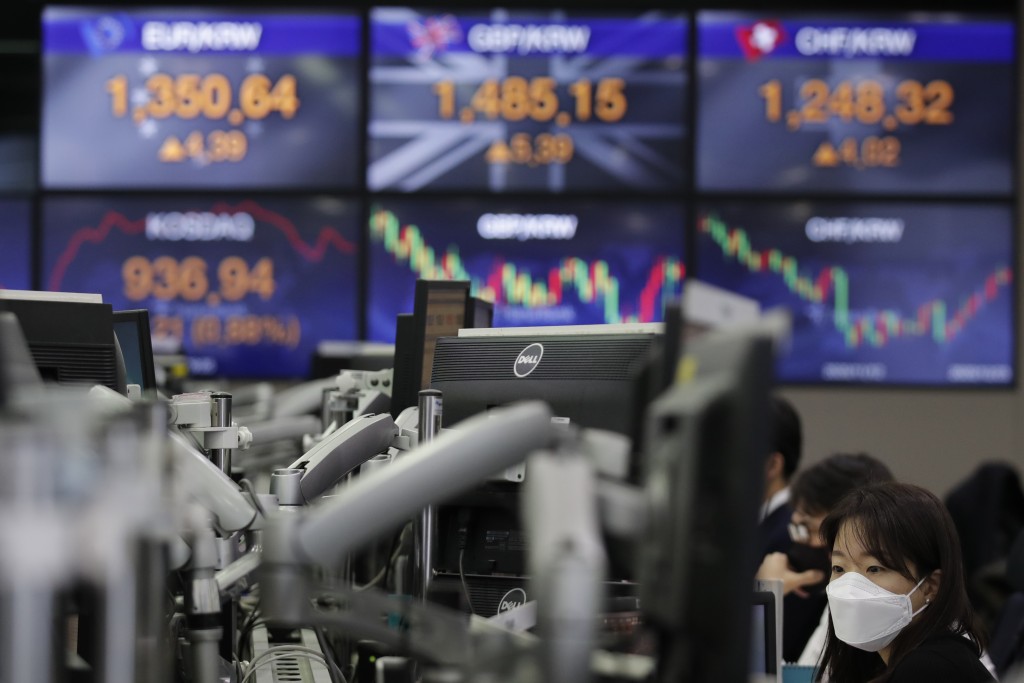 BEIJING (AP) — Asian stock markets rose Wednesday after President Donald Trump suggested he may veto a $900 billion economic aid plan and the World Bank said it expects China to eke out 2% growth this year and accelerate in 2021.

“Hopes for an unambiguous ‘Santa rally’ have been tragically hijacked,” said Mizuho Bank in a report.

Meanwhile, investor nerves were rattled by the emergence of a new coronavirus variant in Britain that spreads more easily. That has prompted some 40 governments to ban travelers from Britain.

Investors are hoping a new aid package from Congress can prop up the economy until the rollout of coronavirus vaccines allows business and consumer activity to revive.

Congress, after months of wrangling, approved a plan Monday night that would send $600 to most Americans, give $300 per week to the unemployed and deliver other aid to businesses.

Trump, however, complained on Twitter that the measure did too little for ordinary Americans. He urged legislators to increase payments to as much as $4,000 per couple and “get rid of the wasteful and unnecessary items from this legislation and to send me a suitable bill.”

Also Wednesday, the World Bank said it expects China's economy to grow by 2% this year over 2019 and to accelerate to 7.9% in 2021. China is the only major economy on track to grow this year while activity in the United States, Europe and Japan shrinks.

“Economic activity in China has normalized faster than expected, aided by an effective pandemic-control strategy, strong policy support and resilient exports,” the World Bank said in a report.

On Wall Street, the S&P 500 declined to 3,687.26. About 65% of the companies in the index fell. Communication services, financial and other companies accounted for much of the selling. Tech companies rose.

Even without the new coronavirus variant, the resurgent pandemic has already been dragging on the U.S. economy.

One showed consumer confidence fell more than expected this month. Another showed the red-hot housing market is slowing.

In energy markets, benchmark U.S. crude lost 75 cents to $46.27 per barrel in electronic trading on the New York Mercantile Exchange. The contract fell 72 cents on Tuesday to $47.02. Brent crude, the basis for pricing international oils, declined 79 cents to $49.37 per barrel in London. It shed 83 cents the previous session to $50.08 a barrel.