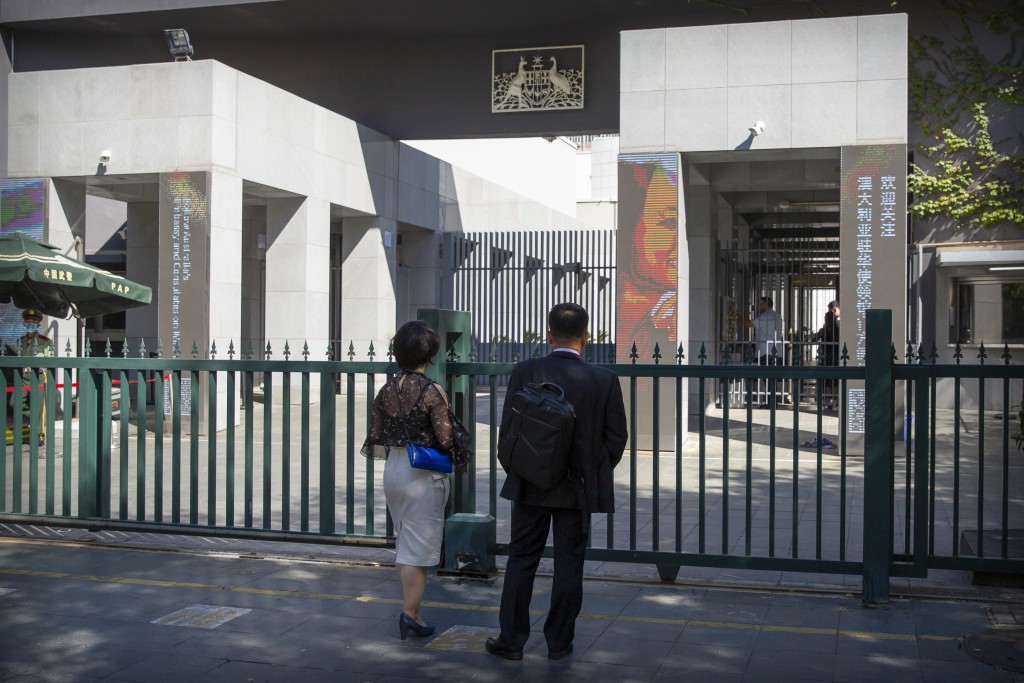 CANBERRA, Australia (AP) — A Chinese-Australian writer has told family he has been tortured during almost two years in detention in China but maintains confidence he will receive justice in court.

Yang Hengjun was taken into custody upon arriving in Guangzhou in southern China from New York in January last year with his wife, Yuan Xiaoliang, and his 14-year-old stepdaughter.

The 55-year-old spy novelist and pro-democracy blogger was formally charged with espionage in October, opening a path to him standing trial.

“After two years, especially with torture, more than 300 interrogations and a lot of verbal abuse, I am now in a place of deeper retrospective and introspective meditation,” Yang wrote in a recent holiday season letter addressed to his wife, sons and friends, colleagues and readers.

In the letter, seen by The Associated Press on Wednesday, he says, ”I miss you more and more.”

The former Chinese Ministry of Foreign Affairs official said he was not guilty. When authorities “inspect my life, they can’t find anything wrong,” Yang wrote.

“I still have some confidence in the court. I think they will give me justice,” Yang wrote. "Whether or not they judge me guilty will say a lot about whether the court is governed by rule of law or by pure absolute power.”

In his letter, Yang advised his supporters: “Pursue democracy, the rule of law and freedom.”

Australia has made repeated requests to Chinese authorities for an explanation of the charges against Yang.

Australian Embassy officials last visited Yang in detention in Beijing last Thursday, according to a statement from the Department of Foreign Affairs and Trade. It didn't disclose further information, citing privacy obligations.

Yang’s detention comes as bilateral relations plumb new depths, particularly since Australia called for an independent inquiry into the origins of the coronavirus pandemic.