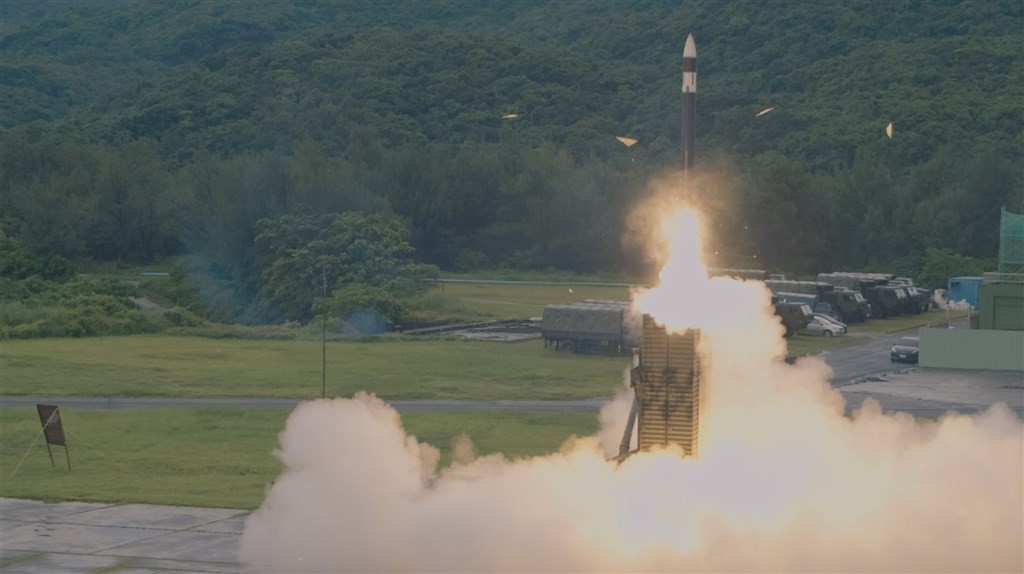 The Fisheries Agency issued warnings to fishing vessels to stay away from an area east and southeast of Taiwan on Dec. 24, 25, 28, and 29 between 7:40 and 8:45 p.m. due to missile tests, CNA reported.

It took until Wednesday morning for the ship to leave the area as Taiwan’s military tracked the vessel's every move, the Ministry of National Defense said. Because the ship did not come within 24 nautical miles of the country's coast, all the military could do was observe.

Analysts believe the upcoming live-fire tests to be conducted by the National Chung-Shan Institute of Science and Technology (NCSIST) are for a newly developed Sky Bow missile because no maximum altitude was specified in the warnings to fishermen.

A target is likely to be fired from Taitung, while the missile itself will be launched from the Jiupeng military base in Pingtung County, according to CNA. The restricted area spans over 160 kilometers off Taiwan’s east coast, indicating the prototype projectile is a long-range missile, possibly the Sky Bow III.

NCSIST, the country’s main developer of weapons systems, is also planning separate live-fire tests for the Thunderbolt-2000 multiple-launch rocket system from Dec. 29-31 up to an altitude of 25,000 feet and a distance of less than 100 km.