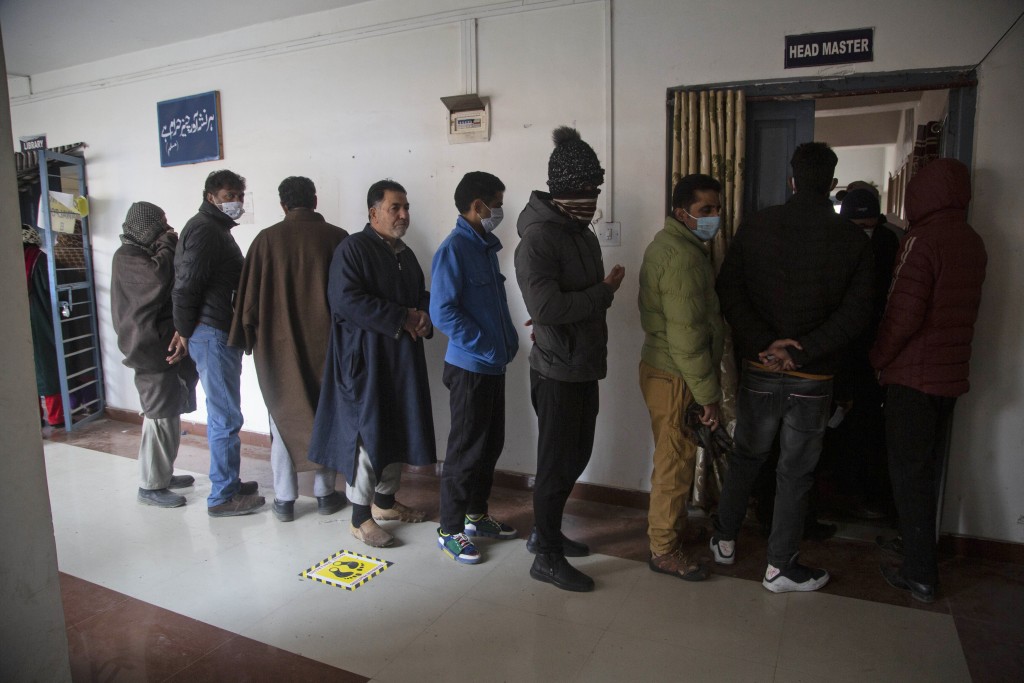 The alliance, which is fiercely opposed to the Indian government’s action and favors self-governance, won 112 out of a total of 280 seats in District Development Council elections, which were held in a staggered eight-phase process from Nov. 28 through Dec. 19.

The BJP has a very small base in the Kashmir Valley, the heart of the decades-old anti-India insurgency where it got only three seats. Most of the other BJP seats come from four Hindu-majority districts in the Jammu area where it has significant support.

Over 51% of nearly 6 million eligible voters across the region’s 20 districts cast their ballots, the Election Commission said, calling the vote “the biggest festival of democracy.” Results for a few remaining seats will be announced later.

The election is part of a process in which residents directly elect their village representatives, who then vote to form development councils for clusters of villages. Members for the larger District Development Councils are also directly elected but they have no legislative powers and are only responsible for economic development and public welfare.

India has repeatedly called such polls a vital grassroots exercise to boost development and address civic issues and a way to uproot corruption. Indian authorities have kept a tight grip on Kashmir since revoking its autonomy in August last year and have arrested most separatist leaders, who in the past have called for a boycott of elections.

Kashmir is divided between India and Pakistan and both rivals claim the region in its entirety. Rebels have been fighting against Indian rule since 1989. Most Muslim Kashmiris support the rebel goal that the territory be united either under Pakistani rule or as an independent country.

New Delhi accuses Pakistan of sponsoring Kashmiri militants, a charge Pakistan denies. Tens of thousands of civilians, rebels and government forces have been killed in the conflict.