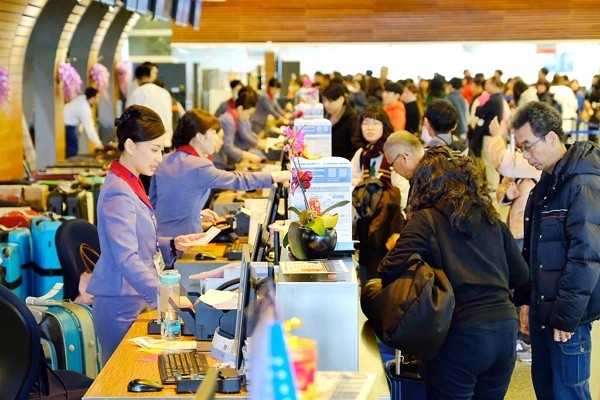 TAIPEI (Taiwan News) — Taiwan has applied to offer U.S. customs preclearance at its main airport, and the application is currently under review.

Speaking at a virtual event hosted by the Heritage Foundation on Monday (Dec. 21), U.S. Homeland Security Secretary Chad Wolf revealed that Washington is looking at Taiwan's application. If given the green light, Taiwan would become the first country in the Asia Pacific to provide preclearance for U.S.-bound passengers, giving them a smoother journey.

She said the Taiwanese government will continue to engage with Washington on the matter, reported Liberty Times.

According to the CBP, U.S. customs preclearance is the strategic stationing of CBP personnel at designated foreign airports to process travelers before they board U.S.-bound flights. When a pre-cleared aircraft arrives in the U.S., it is treated as a domestic arrival, and its passengers can bypass CBP and security inspections and proceed to their connecting flight or destination.

Although both Hong Kong and South Korea have previously applied for the preclearance, they abandoned the plan due to the limited size of their airports and potential decreased sales at duty-free shops. American preclearance operations are currently offered at 16 airports in six countries, including Ireland, Aruba, the Bahamas, Bermuda, the United Arab Emirates, and Canada.