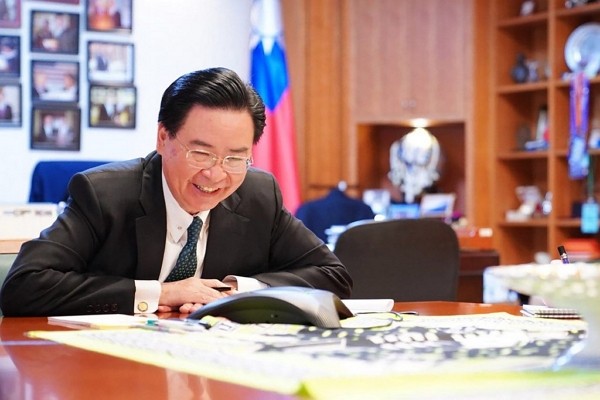 According to the Ministry of Foreign Affairs (MOFA), Wu thanked Wheeler for his continual support of Taiwan while expressing regret over the indefinite postponement of Wheeler's official trip to the country. In response, Wheeler said the U.S. recognizes Taiwan's contributions to global environmental protection and that he hopes the two countries will continue their partnership.

MOFA stated that Taiwan has cooperated with Washington on environmental protection for nearly 30 years. It said the two countries launched the International Environmental Partnership program during a trip to Taiwan by Wheeler's predecessor, Gina McCarthy, in 2014 and that both sides have made great progress improving air quality, children's health, environmental education, and marine debris management since then.

Wheeler had been scheduled to visit Taiwan earlier this month, but the trip was canceled after it drew scrutiny from American media over its potentially high price tag. Despite the news, Taiwan's de facto ambassador to the U.S., Hsiao Bi-khim (蕭美琴), promised that the country would continue to promote future visits by U.S. officials while seeking bilateral cooperation in various formats.