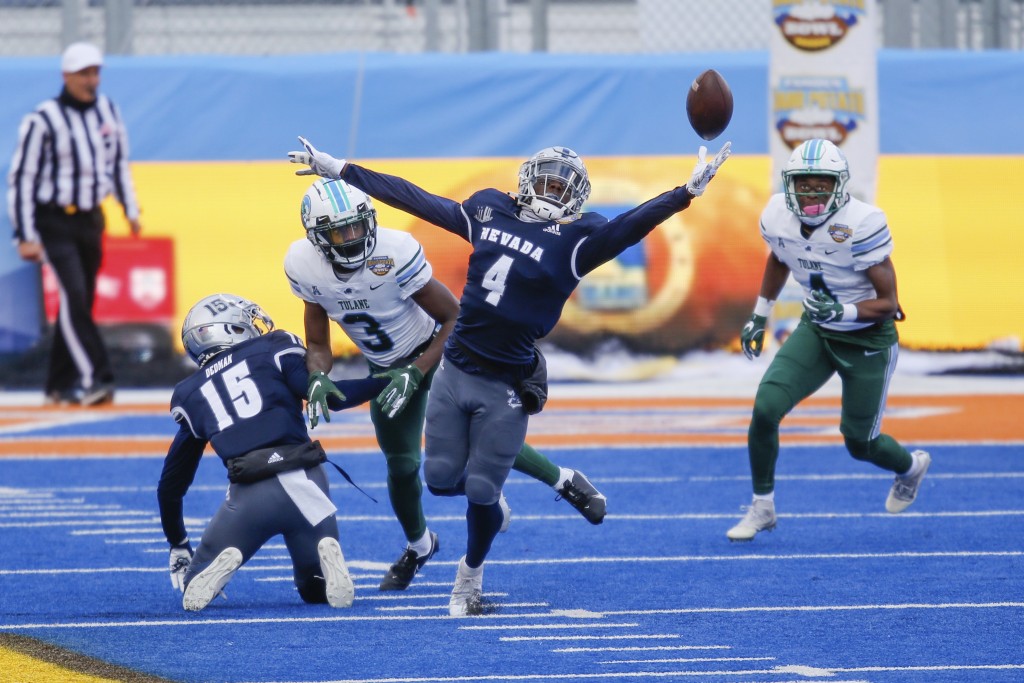 BOISE, Idaho (AP) — Carson Strong threw for 271 yards and five touchdowns, Devonte Lee and Toa Taua each rushed for over 100 yards, and Nevada beat Tulane 38-27 in the Famous Idaho Potato Bowl on Tuesday.

This year's Potato Bowl allowed Nevada to end with a win after losing its regular-season finale to San Jose State, which cost the Wolfpack a spot in the Mountain West title game.

Cameron Carroll rushed for 120 yards and a touchdown for Tulane (6-6), which was one of 19 schools to play 11 regular-season games amid the coronavirus pandemic. The Green Wave failed in their bid to win three consecutive bowl games for the first time in program history.

Nevada built a 19-0 lead early in the second quarter, but the Green Wave rallied, pulling within within 26-20 midway through the third quarter.

Then Nevada’s dominant ground game took over, imposing its will on a Tulane defensive line thinned by injuries and absences.

Lee rushed for 105 yards and Toa had 102 yards rushing with a touchdown to go along with 77 yards receiving.

Tulane should be a team to contend with in the American Athletic Conference next season, especially with quarterback Michael Pratt returning. Pratt, who was the first Tulane freshman to win a game as a starter since 1985, also brings back most of his receivers.

Coach Jay Norvell has Nevada headed in the right direction, and Strong will be back next year along with leading rushers Lee and Toa. Nevada will need to find some answers on a defense that will be hit hard with graduation.

Tulane hosts Oklahoma to open next season on Sept. 4.

Nevada plays at California on Sept. 4.