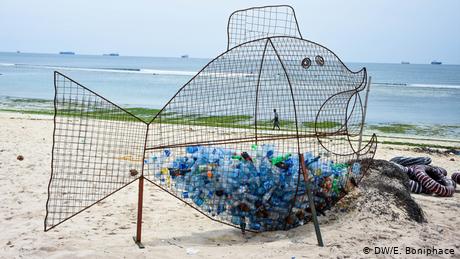 The moves follow China's 2018 ban on plastic imports and statements from environmentalists that waste was ending up in other Asian nations, such as Malaysia, and then being dumped into ocean waters.

Sinkevicius, a former Lithuanian economy minister, said even inside the 37-nation Organization of Economic Cooperation and Development (OECD) any EU exports of hazardous plastic waste deemed "hard to recycle" would require prior authorization from both the recipient and dispatching nation.

Non-OECD nations could be sent "clean, non-hazardous waste exports" for recycling under "very strict conditions," Sinkevicius added, emphasizing the rule change was a key part of the EU's Green Deal effort to establish a "circular economy."

The new rules, effective from January 1, also govern plastics shipments within the 27-member EU and stem from a May 2019 conference decision binding most signatory nations of the so-called 1989 Basel Convention.

That Convention on the Control of Transboundary Movements of Hazardous Wastes and their Disposal — still not ratified by the United States as one of the few hold-outs — requires 184 nations to expand plastics control from January.

As a bloc, the European Union ratified the convention in 1994.

Images of plastic waste on beaches and afloat in seas have publicly highlighted a global plastic glut since the last century,according to the convention's Geneva secretariat.

"Approximately 6.3 billion tons of plastic waste have been generated since 1950, of which 12 per cent has been incinerated, less than 10 per cent recycled and nearly 80 per cent either discarded or landfilled."

Last year, said Sinkevicius, the EU exported 1.5 million tons of plastic waste, mostly to Turkey and Asian countries such as Malaysia and Indonesia.