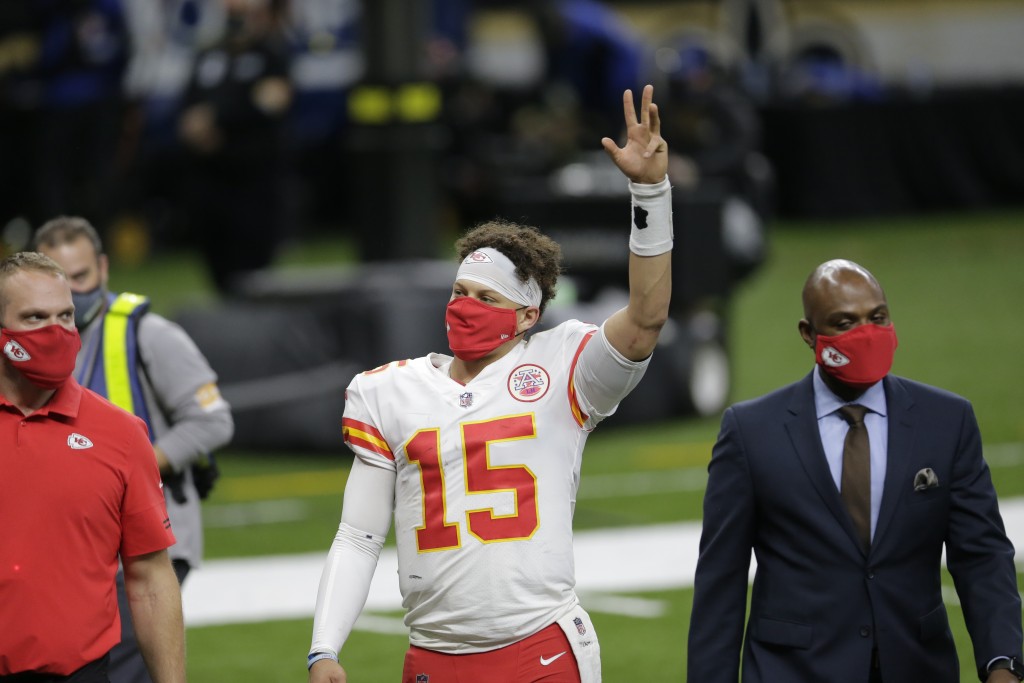 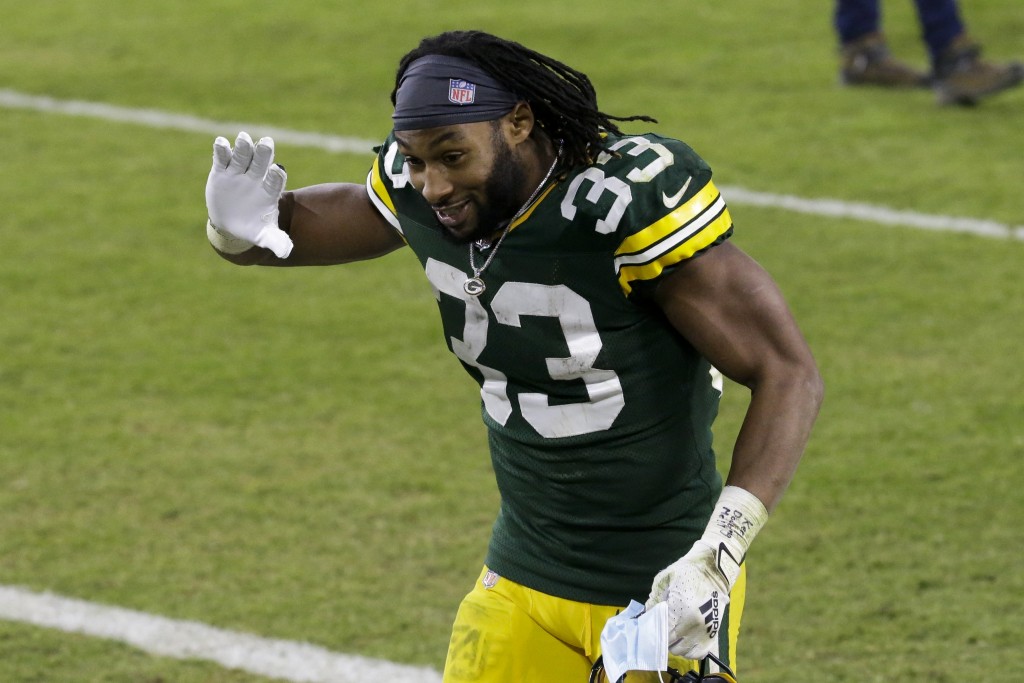 NEW YORK (AP) — The Kansas City Chiefs are home for the rest of the regular season. They are hoping for just one more road trip — to the Super Bowl.

Kansas City beat the New Orleans Saints 32-29 on Sunday to finish a perfect 8-0 on the road. Patrick Mahomes and company need one more win in their final two games against the Falcons and Chargers to clinch home-field advantage throughout the AFC playoffs.

After extending their overall winning streak to nine, the Chiefs are the unanimous No. 1 in the latest AP Pro32 poll once again.

The defending champs received all 12 first-place votes for 384 points in balloting Tuesday by media members who regularly cover the NFL.

“Patrick Mahomes retains his grip on front-runner status in the MVP race, and Kansas City maintains its grip on the No. 1 overall seed in the AFC playoffs. Next stop, Tampa?" Newsday's Bob Glauber said.

Despite the loss, the Saints stayed at No. 4 in the poll and can clinch the NFC South title with a victory on Christmas Day against Minnesota or a Buccaneers loss at Detroit on Saturday.

The AFC East champion Bills moved up a place at No. 2. They finish off Week 16 on Monday night when they visit the team they dethroned in the division, the New England Patriots.

The Packers slipped a spot to No. 3. They also have a primetime game on Sunday night when they host the Tennessee Titans, who climbed three spots to No. 5 after routing the Lions.

The Packers are closing in on clinching home-field advantage throughout the NFC playoffs.

“One of the major questions about the Packers heading into the postseason is whether their defense can stop a top-tier running back,” said Alex Marvez of Sirius XM.

The playoff-bound Seattle Seahawks moved up one spot to No. 6 and can wrap up the NFC West title with a win at home against the Los Angeles Rams, who are coming off a surprising 23-20 loss to the previously winless New York Jets.

The Indianapolis Colts also moved up a place to No. 7 as they kept pace with the Titans in the AFC South. The Colts head to Pittsburgh on Sunday to take on the slumping Steelers, who plummeted five spots to No. 10 after their slide reached three games with a 27-17 loss at Cincinnati on Monday night.

“The Steelers are dropping like a rock,” said Charean Williams of Pro Football Talk. “They do not look anything like a contender.”

The other AFC North playoff hopefuls each moved up a couple of spots, with the Cleveland Browns at No. 8 and the Baltimore Ravens at No. 9.